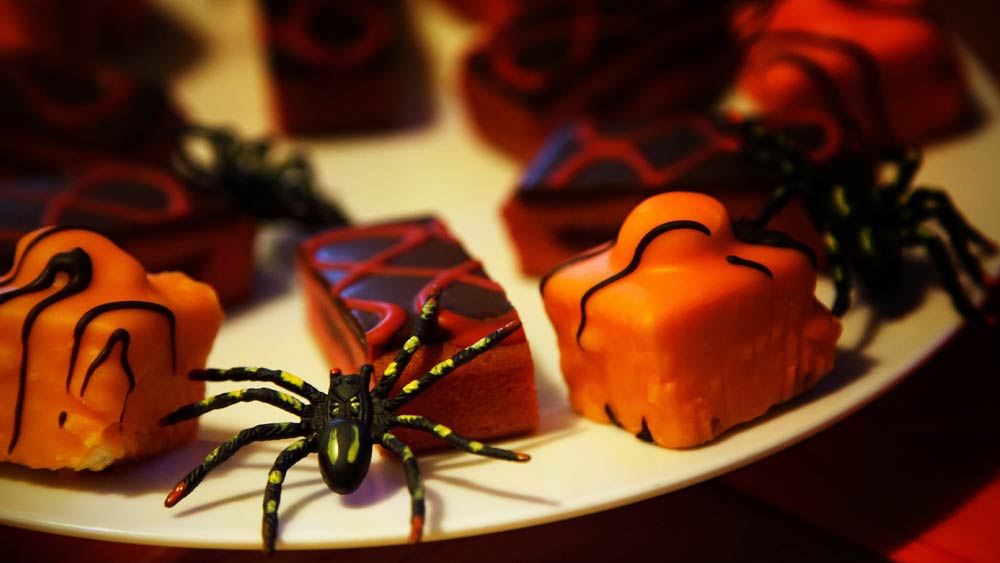 As it has become customary in recent years, police in the United States are warning parents on Halloween to be wary of possible marijuana-laced candies as children go trick or treating.

The Guilford County Sheriff’s Office in North Carolina is the latest to issue a warning regarding cannabis edibles on the holiday.

The county’s Specialized Enforcement Team recently seized over 28 pounds of marijuana edibles imported from states where weed has been fully legalized, they said.

As for safety precautions on Halloween, the sheriff’s office advises parents to discard any home-made candies their children may receive today as well as any item that has suspicious packaging.

“While the commercially manufactured marijuana edibles and candies may have warning labels attached with them, and the possibility your child ingesting them may be low risk, we still want to remain proactive and vigilant in our approach to the safety of all of our citizens, especially children,” the warning underlines.

The Johnstown Police Department in Pennsylvania made a similar appeal to parents a few weeks earlier after announcing it had seized cannabis-infused candies that resemble popular Halloween treats during a search warrant.

“During this Halloween, we urge parents to be ever vigilant in checking their children’s candy before allowing them to consume those treats. Drug laced edibles are packaged like regular candy and may be hard to distinguish from the real candy,” Johnston authorities posted on Facebook.

Amid these announcements from police, critics were quick to point out that the price of marijuana makes it highly unlikely people would give out edibles for free.

With edibles costing $3 to $5 a pop for lower-priced products to a whopping $50 for the more high-end items, it seems doubtful someone would just give out expensive marijuana-infused treats to unsuspecting children on Halloween.

Meanwhile, the national average for an ounce of weed is about $300, which goes to show just how expensive it would be to hand out home-made edibles for free.

In Canada, where the legalization of edibles just kicked in earlier this month, special regulations were put into place in order to minimize the appeal of marijuana gummies and other candies to children and minors.

The rules aim to ensure that the general appearance of edibles, as well as package design, don’t target younger consumers, although the vagueness of the regulations has left some scratching their heads as to whether their products will fall in line with these restrictions.

Edibles cannot contain sugar or sweeteners and should come in child-resistant packaging void of bright colors and designs that may attract minors. Furthermore, all products must contain a standard warning symbol.

Producers that intend to sell edibles in Canada must first submit their products for approval, which will then be looked into on a case-by-case basis, according to Health Canada.