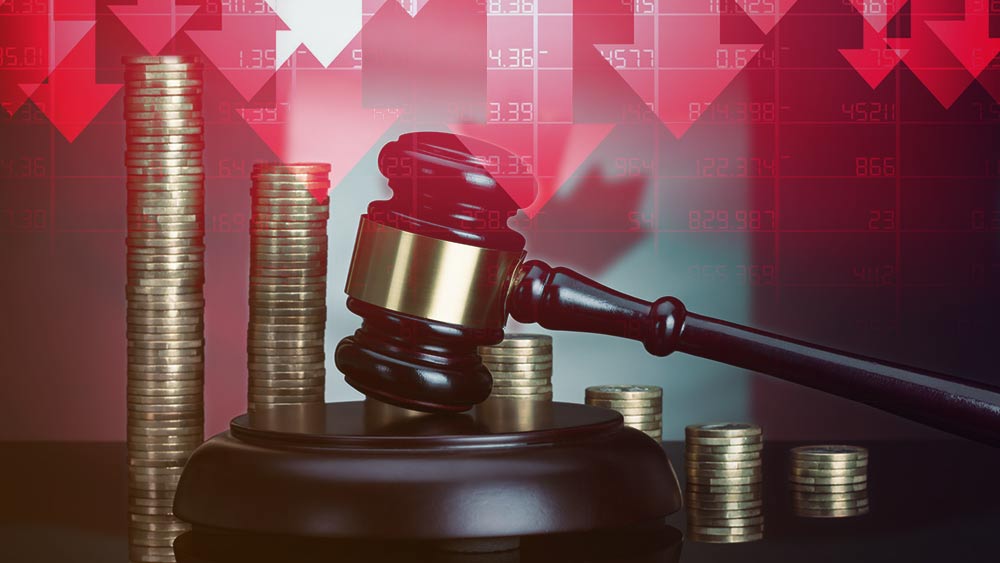 Canadian cannabis company Tilray has been hit by yet another lawsuit, this time over the alleged misleading of shareholders and insider trading.

According to Marijuana Business Daily, the new lawsuit was filed by Tilray shareholder Lee Morgan on June 5 in the U.S. District Court for the District of Delaware.

The lawsuit, which targets Tilray’s CEO Brandon Kennedy, former Chief Financial Officer Mark Castaneda and others in Tilray’s board, alleges that the defendants breached their fiduciary duties in connection to the long-term revenue-sharing agreement between Tilray and Authentic Brands Group (ABG).

As per the 10-year agreement Tilray signed with ABG in January of last year, Tilray paid the brand development business an initial $100 million to gain access to ABG’s portfolio of brands for the “development, marketing and distribution of consumer cannabis products across the world.”

Additionally, Tilray agreed to pay up to $250 million in cash and stock upon the completion of certain milestones in the partnership.

Losing face or turning a profit?

Regarding the allegation of insider trading, the complaint suggests that the Tilray defendants sold shares of the company last year that were offloaded at “artificially inflated prices” while Kennedy, Castaneda, and others “irreparably damaged Tilray’s corporate image and goodwill.”

A class-action lawsuit that was filed against Tilray in the Eastern District of New York over the same ABG deal in March makes similar allegations.

Namely, Tilray is being accused of significantly overstating the benefits of the ABG deal and misleading investors in financial reports.

Tilray’s fiscal fourth-quarter earnings released in March revealed charges of $112.1 million related to the impairment of the Authentic Brands Group. Combined with the $29.8 million in the first quarter, the impairments stand at $141.9 million currently.

However, in its latest earnings report published in May, Tilray said it expects to turn a profit by the end of the year.

Shares of Tilray surged over 6% to $8.90 at the start of Friday’s session. Other major players in the cannabis industry also opened with sharp gains, including Aurora Cannabis (up nearly 5% in early trade), Canopy Growth (4%), and Hexo Corp., which rallied over 10% at the start of trading in New York after reporting its fiscal third-quarter results.