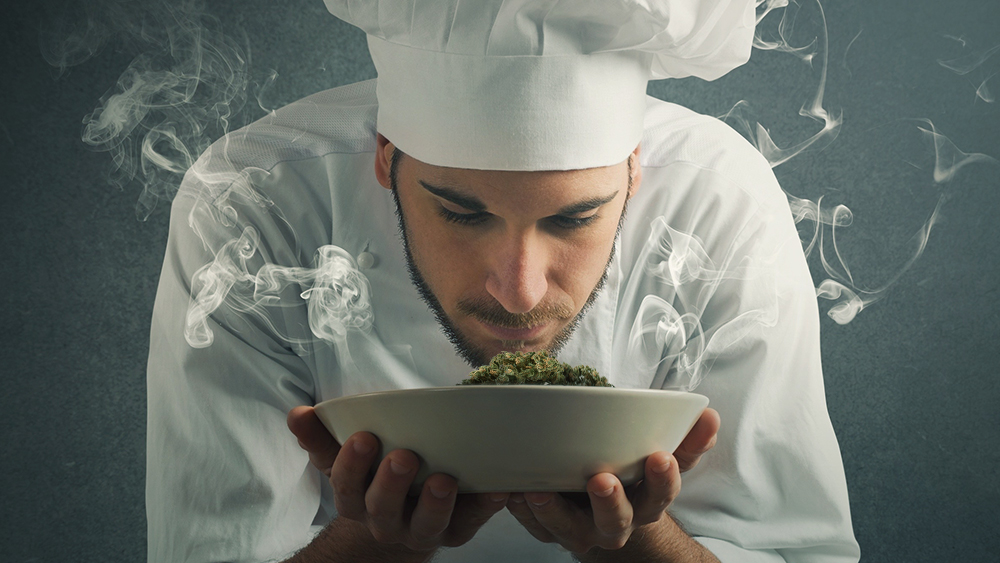 When you consume cannabis, how often do you think about its flavour?

Sure, most may take a whiff at a dispensary to help the decision-making, but is it the main reason one reaches for the bud when it is time to toke?

I imagine the answer for many would be no.

But for a handful of industry professionals, they are staking their careers on a passion for the rich flavours and smells cannabis can produce — and hoping others can be persuaded to feel the same way.

From cannabis sommelier courses to new “elevated” dining experiences, they are taking cannabis and flavour to the next level.

Greencamp spoke to a few of these canna-experts about what weed tastes like, about their passion for cannabis’ flavour, and how it can truly make for a new and fulfilling experience.

A cannabis sommelier is someone who introduces another to the world of cannabis and is an expert in its qualities, breeding and history.

While wine sommeliers have existed for quite some time, cannabis sommeliers are a fairly new breed who are just starting to get their footing, aided by courses such as those offered by Vancouver-based CannaReps, which claims to offer the first cannabis sommelier course in Canada.

Aldolfo Gonzalez started the company with co-founder Enid Chen in 2017, as a way to empower cannabis professionals with more knowledge of the plant and its culture and history.

“Basically, what we do is bring people into a classroom and allow them to experience [cannabis] first hand from a physical analysis,” he said.

Gonzalez says his courses, which are currently available in two different levels with a third that will be introduced soon, present cannabis along with scientific research so participants can learn how to distinguish different strains from their look, feel and smell, as well as know the history and culture behind those strains.

“Understanding plant varieties and how that contributes to different flavours, aromas, and which one a particular individual enjoys, that’s the name of the game,” he said.

To Gonzalez, cannabis isn’t just for getting high, but is an art form in itself — and its breeders are the artists.

He brings up DJ Short, who Gonzalez says spent a decade creating the Blueberry cannabis strain, which was released in 1978.

“He is a Picasso and nobody has recognized him as such, nobody has paid him any money for making it,” he said. “In most parts of the world, traditional growers and breeders are looked at as criminals and something that needs to be stamped out.”

Gonzalez tries to build an appreciation for strains’ history in his courses, which he asserts helps distinguish great cannabis from mediocre.

“When the plant is happy, it is like, ‘Oh my lord, this is what it can be,”’ he said. “[Breeders] treat the plant like a living creature that has some level of sensitivity. They give it everything that that genetic desires for a long time, for thousands of years of evolution.”

Gonzalez says that the “best plants in the world” have eight percent terpenes, 32 percent THC or CBD.

“It is a different animal,” he said.

New ways to appreciate the plant

Once you’ve experienced good, flavourful cannabis, Gonzalez says it is hard to go back to run-of-the-mill buds after that. It will make you notice the richness of the cannabis’ smell and flavour, and its subtle notes, such as pine tree or lemon.

Gonzalez says his students are now typically from large cannabis corporations who he helps gain a new angle on the plant that they can use to aid in the storytelling for their brands.

The appreciation for cannabis is gaining momentum. The Canadian Association of Professional Sommeliers (CAPS) is eyeing cannabis as part of their program, according to Gonzalez, and organized a series of events for the first two months after legalization in Canada last October.

Other cannabis sommelier courses are opening up, as well.

Terpenes are compounds in the cannabis plant that give it aroma, which can vary from pineapple to blueberry or a “skunk” smell, and is said to influence the drug’s psychoactive effects. When terpenes allegedly work with other cannabis components in a synergistic manner, it is called the “entourage effect.”

The same terpenes that exist in cannabis are also present in different foods and flowers, such as limonene in citrus fruits.

Some are taking advantage of this connection between cannabis and food to enhance the flavour of both, in what is known as “elevated dining.”

These cannabis dining experiences are popping up in cities both in the U.S. and Canada.

The premise is typically the same. A group of diners, sometimes strangers, sign up for a chef’s cannabis-infused tasting menu that involves multiple courses.

One chef who has spearheaded the new trend that pairs cannabis with flavour is Travis Petersen, AKA The Nomad Cook.

Petersen, who had a stint on Canadian TV cooking competition Top Chef, says he started his cooking series on April 20 (4/20, get it?) last year, and since then has served over 2,500 cannabis-infused dinners from coast-to-coast in Canada, as well as in New York, San Francisco, Seattle, and Portland.

Petersen says those who partake in the dinners are largely the “canna-curious,” or people who are not heavy users; 35 percent of his diners are first-time users.

“I would have assumed most of my guests would have been young 20-year-old males that smoke a lot of cannabis but my average age is 37 and 58 percent female,” he said.

Food that opens the mind

Petersen infuses his food with THC and CBD, psychoactive and non-psychoactive components of cannabis, respectively, as well as terpenes, which he says “opens people’s minds” to new flavours and smells that “accentuate and highlight” each course.

A terpene he often uses to start off his meals is myrcene with its earthy taste, which he combines with a canopy once guests enter that “therapeutic effect of being hungry, the munchy feeling.”

Then he uses limonene in the first course to give guests a boost of energy and “get the conversation going,” and linalool (which is also found in lavender) in deserts to calm and relax guests.

“I find the terpenes really wake up the palate and bring it to attention after a bit, it really awakens the mouth,” he said.

To not overwhelm newcomers to cannabis, he offers diners a scale of 1-5 for dosing strength, with 10 mg being the dose he chooses for the whole dinner for someone new to cannabis.

Petersen says that cannabis-infused dining is a “new frontier in the culinary world” and thinks it will only get bigger. To help facilitate this growth, he has launched the Culinary Cannabis Association, which he says is the first governing body to certify and train chefs on how to use cannabis properly.

“This is not a niche fad that is popular now because cannabis is legal,” he said. “There are chefs popping up all over the country doing this.”

These include other companies such as The Herbal Chef run by Chris Sayegh, or Altered Plates, run by brother and sister Holden Jagger and Rachel Burkons.

The National Restaurant Association recently released a report that showed 77 percent of chefs feel food infused with cannabis and CBD are the top two trends in the industry for 2019. 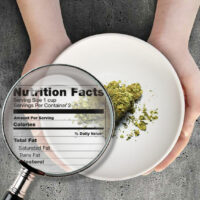 What’s The Nutritional Value of Marijuana?

However, Gonzalez says that pairing the plant with food is not a traditional way to experience it, and often infused dining experiences hide cannabis’ flavour, making its inclusion mostly about getting high.

He says a cannabis sommelier would also never pair cannabis with alcohol because their job is to bring someone into the world of cannabis safely — making alcohol and its risky effects when combined with cannabis not appropriate.

While Petersen doesn’t serve alcohol at his dinners, another chef, Chris Klugman, does bring the two together because he says it can reveal new flavours that wouldn’t be possible alone.

In his multi-course dinners, he plays with different flavour combos between food, cannabis and wine or beer, such as mixing sativa-dominant White Shark with the Ontario champagne blend Westcott Brilliant to fill out the middle palate of the wine.

Like Gonzalez, Klugman agrees that infusing food with cannabis is not the way to get the most of either flavour, but instead his guests “nose” weed with a big whiff or vaporize it, which he says is a great way to get cannabis’ flavour.

“[Combining cannabis with food] is super fascinating, and when it works, it is really crazy good,” Klugman said. “It gives a new experience to the traditional multi-course tasting menu and gives me a chance to play with some of the tricks and practices that are common in molecular gastronomy, which makes it more magical.”

These tricks include serving a lavender cheesecake enclosed with a lid and filled with cannabis smoke, which Klugman says smokes the cake.

He says that cannabis is a natural for pairing with food and wine because of their shared terpenes, but the same terpene can be perceived differently in cannabis because of how it interacts with the plant’s other components. Cannabis’ different terpenes can interact with each other to give the drug a wide variety of flavours, so your cannabis may end up tasting like a wedding cake, for instance.

“There are a lot of relationships on the flavour and aroma basis,” he said.