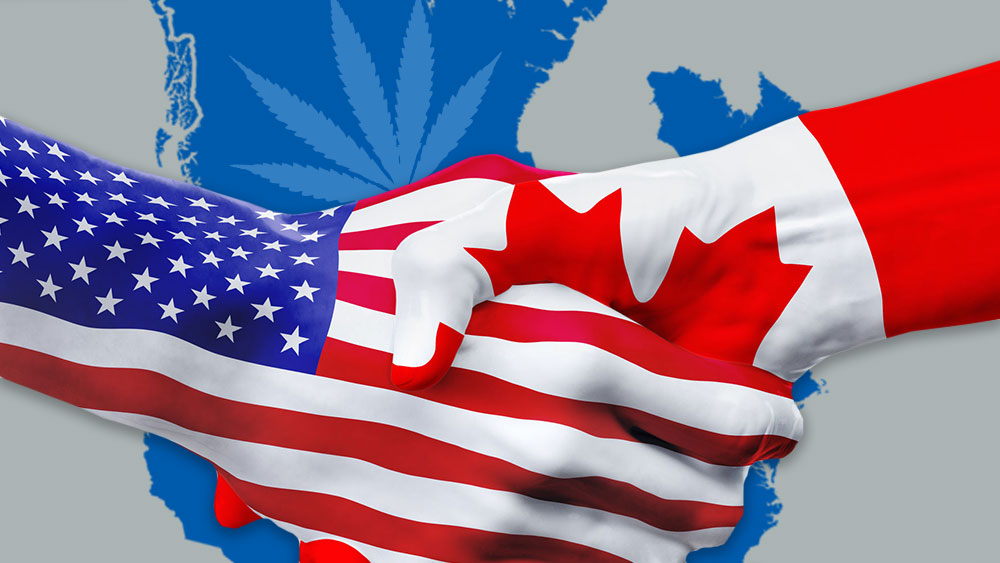 Canadian and US cannabis companies are getting listed on each other stock exchanges more and more every month, but what is the reason for this behavior?

Just a few weeks ago, California-based cannabis company MedMen got listed on the Canadian Securities Exchange, and they aren’t the first American company to get listed north of the border.

On the other hand, Canopy Growth, Cronos Group and Tilray are all listed on US stock exchanges, whether it be the New York Stock Exchange, or perhaps NASDAQ.

Why are US cannabis companies listing in Canada?

Well, in the US, all the major exchanges have very strict listing requirements, which include revenue and market capitalization hurdles.

The revenue and market capitalization hurdles present a big problem to US-based companies as they cannot report revenues and earning made by selling marijuana in any way, shape or form as it is still listed and treated as a Schedule I drug.

MedMen found themselves in a sort of pickle with about $150 million USD in their pocket which they used to encourage investment in marijuana businesses.

However, having that kind of money but not being really able to spend in and do whatever you want with it hampers the power the company has, directly lowering its value.

So, MedMen had all this money, but they couldn’t move it around as no US bank would take weed money and do business with cannabis companies.

Enter BMO – Bank of Montreal, the first bank in Canada to start working together and investing in cannabis companies in the first months of 2018.

After BMO started working with Canadian cannabis companies and it started getting more and more certain that the legalization is happening no matter what, other banks started following.

This is exactly the reason why American companies want to be listed in Canada — they can trade on CSE (Canadian Securities Exchange), work with Canadian banks, and spend their money on whatever they like.

MedMen conducted the transfer to the Canadian Securities Exchange by performing a reverse takeover of a shell company that is already listed, instead of a full-blown IPO.

CEO and co-founder Adam Bierman said the following in January when the takeover was announced:

So it is obvious now — US companies see security in the CSE and a tiny bit of assurance that their company won’t get totally shut down at any moment with employees ending up in prison, as they could be in the US.

Why are Canadian cannabis companies listing in the US?

On the south side of the border, Canopy Growth was the first Canadian cannabis company to get listed on the New York Stock exchange on May 24th.

Bruce Linton, CEO of Canopy Growth, says that they are able to get listed on the NYSE because they don’t break any laws.

“You can list here [in the US] if you’re not breaking any of the rules in any of the jurisdictions that you operate, and I don’t break any rules because I don’t operate in any jurisdictions where it’s federally illegal, which unfortunately includes the US,” said Linton.

Since Canopy Growth doesn’t have any operations on US soil, they are basically doing everything by the book, thus creating a perfect opportunity for investors in the United States.

Both Tilray and Cronos Group are listed on NASDAQ as of this year, and Tilray was the first Canadian company to have an IPO in America, and they raised a total of $153 million USD in that round.

Tilray filed for its IPO the day after the legalization vote for recreational cannabis went through.

Many say that American investors are hopping on this train way too early as the future of cannabis in the US is nowhere nearly as certain as Canada’s future.

There are still no implications that cannabis will be federally regulated any time soon in the US, which only makes it that much harder to invest and do business with these companies.

But also, in moving to US-based stock exchanges, Canadian licensed producers are getting a unique chance to raise money with US investors and boost their public profile.

It would seem that Canadian producers are looking for money and investments as they already have an abundance of security back home, while the US pot companies are looking for security while having more money than they would know what to do with.