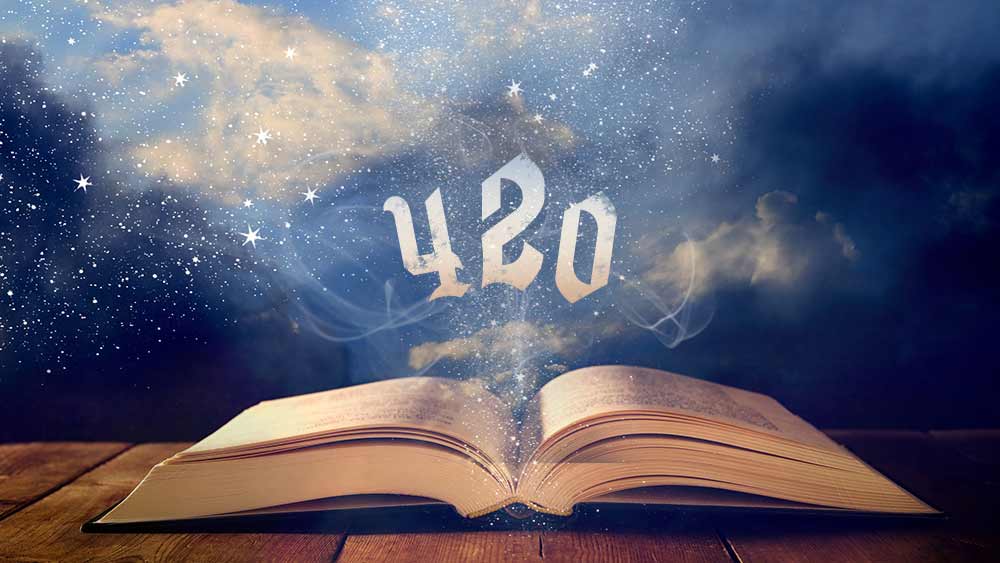 Hands up if you DON’T know what 420 means? I assume there are not many of you here who don’t know it has something to do with weed.

However, I doubt you’re familiar with its many interpretations.

We are here to elaborate on the true meaning of 420, and how it unfolded almost like a crime case over the years.

The Waldos and the origin of 420

There are so many urban legends about 420. The truth is, it all started with some high school kids way back in 1971.

These five kids from San Rafael High School in California were sort of like the Goonies. A treasure map to a hidden cannabis crop fell into their lap, and one day they decided to meet after school at exactly 4:20 to smoke some pot, and then go look for that treasure weed.

They referred to their adventure as “420 Louis,” Louis being the Louis Pasteur Statue where they met to smoke.

They never found the crop, but they kept using the code “420 Louis” for smoking pot, then shortened it to “420”.

One day the famous band “The Grateful Dead” came to San Rafael for a gig. The brother of one of the Waldos knew the bass player and got them into their rehearsals.

The kids used their newly created slang around the Dead members and their community, and the term spread. It brought on a sense of sweet secrecy and freedom, because smoking pot was completely illegal then.

In December 1990, there were fliers being spread around announcing the Grateful Dead concert, and some of the fliers read:

The coded messages reached an editor at the High Times magazine who soon followed up with the story.

Years later, they wrote a story about the Waldos, giving them credit for coming up with the term that had by that time become hugely popular among stoners.

The magazine also suggested that “420” should be used everywhere as the “right time” to smoke cannabis, which contributed to further spreading the term. 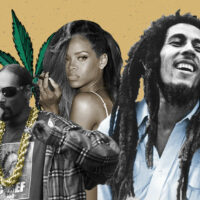 Weed and Music: The Who, What, When, Where and Why

The significance of the number 420 has taken on so many different theories, that it almost started resembling a detective case.

Some believe 420 is actually the police code for cannabis usage or possession.

This is the most popular theory, because the law enforcement really started to use it, and not because it is really the code for that particular activity, but because it’s so popular that even the cops knew it.

Many people also believe that the number 420 is the number of chemicals in the marijuana plant.

It does contain nearly 400 chemical substances, but this theory is also wrong, as the number cannot be confirmed with accuracy.

Other myths have to do with birthdays or deaths of some of the most iconic musicians of the time.

These artists were pro-cannabis back in the day, but none of them were actually born or died on the 20th of April.

People were taking these rumors to a whole new level of conspiracy theories.

The stories included Bob Marley, Jimi Hendrix, Janis Joplin, and many more, but none of them were true.

Back in October 2012, the 420 Magazine published an article about a certain group that called themselves the “Bebes”.

They claimed that they invented the term 420, and that is was stolen from them by the Waldos.

Unfortunately for them, they had no evidence to back their claims, and the whole story ended up being nothing but rumors.

The Bebes were also from San Rafael, and were actually the Waldos’ classmates.

They obviously wanted a piece of their fame, but their story was soon forgotten.

Anybody can make up a story about that period of time, but only the Waldos had physical evidence of how the term 420 came into existence. Their proof consisted of several letters and notes from that period – their correspondence with friends where they used the term.

April 20th or 4/20 is now celebrated as the international weed day all around the world.

San Francisco has a tradition of hosting a cannabis festival on this day, held each year on Hippie Hill, near the Golden Gate Park.

In Denver, Colorado, after the legalization back in 2014, there were a lot of celebrations all across the city on that date.

And now it’s official – the Denver 420 festival is one of the most popular in the States.

There you can really enjoy your weed holiday while purchasing the best marijuana in the world, edibles, concentrates, and everything weed-related.

In Europe, the most popular weed gathering takes place in Amsterdam.

Of course, tourists can smoke cannabis at any time in Amsterdam, but their 420 festival is once in a lifetime experience, held right in front of their City Hall.

Also, if you are in Europe, you need to visit London and the city’s amazing 420 activities in Hyde Park.

There you’ll find yourself among a lot of free-minded marijuana enthusiasts who all love music, and the event is really fun and cool to participate in.

420 can mean different things to stoners. It can be a date, a time of day, or the actual act of smoking.

The point is that the term has something to do with cannabis usage.

This code was invented half a century ago by a bunch of kids, and is now a global phenomenon that many people across the world recognize, whether they are cannabis users or not.

You may also hear the term “420 friendly”, which represents hotels, bars or coffee shops where smoking pot is allowed.

The Internet has brought us a lot of things over the years, the “meme” being one the most fun and popular ones.

Being as recognizable as it is, the 420 symbol quickly became one of the most popular “topics” for weed memes.

On January 1st, 2004, the Governor of California signed the “California Senate Bill 420”, which was written to regulate marijuana usage for medical purposes.

It seems the term managed to reach the highest political circles.

Whichever story or 420 meaning is closest to your habits and beliefs, just know that this number represents a whole culture, movement, a way of life.

It also represents people’s constant struggle over the years to legalize marijuana, and it is a reminder that we did it (somewhere) and that we can also do it globally.