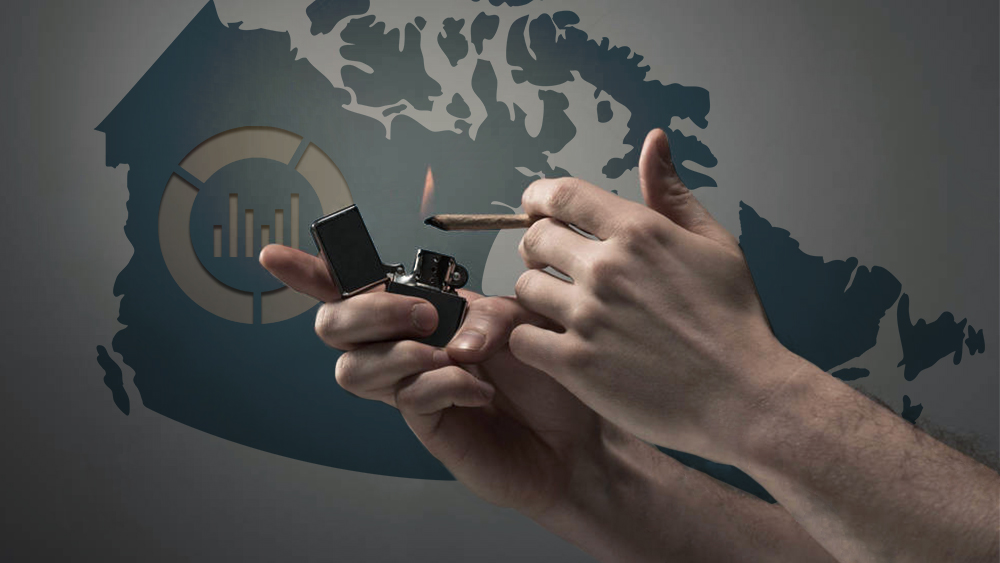 While recreational cannabis has been legal in Canada for over six months, black market weed sales are still significant in the country.

In the first half of 2019, Statistics Canada reported in August that 42 percent of cannabis consumers bought the drug from illegal sources, up from 38 percent in the first three months of 2019.

That is a significant number of cannabis users turning to the black market, despite legal purchasing options available.

It may seem harmless that the black market is still doing well, but it does provide its own risks, such as no clear indication of THC levels in cannabis, or no testing for pesticides and other contaminants.

Why are Canadians still turning to the illicit market for cannabis? Is legalization really working?

Read on for a look at how Canada’s legal market is progressing so far, and what hurdles it may have to overcome to truly compete with the black market.

A large reason people may be turning to the black market for cannabis is the lack of legal cannabis dispensaries in Canada.

“There’s simply not enough [stores],” Dan Safayeni, the director of policy at the Ontario Chamber of Commerce (OCC), told Greencamp. “People aren’t going to simply stop smoking cannabis because they can’t buy it at a legal store, they’re going to go with the most convenient option,” indicating that option might be the black market.

Ontario began opening legal dispensaries on April 1, but limited the number to 25. This left whole jurisdictions, such as Kitchener and Waterloo, without a legal store, according to Safayeni.

The province also used a lottery system for the 25 licenses that didn’t take into account retailers’ ability to effectively open a store.

“The results were that [Ontario] was not able to capitalize on the most knowledgeable retailers with the requisite skills, experience, and capital to actually open stores when it came to April 1,” Safayeni said.

Only 10 stores were ready to open on April 1 across the province.

Ontario will move to a merit-based system moving forward, which the OCC recommended in an April report.

As of this writing, there is currently one province-run cannabis dispensary in British Columbia, in Kamloops, and six legal private dispensaries in Vancouver. Late summer is the earliest that more legal stores will open.

“In the jurisdictions that had a decent network of stores, for example, Alberta and on the east coast, we saw over 80-95 percent of sales in those legal marketplaces took place at those physical store locations as opposed to online retailers,” he said. “I think a lot of that speaks to the consumer experience the people want and expect.

“[It is] the convenience of being able to go in, make your purchase and leave, as opposed to waiting between two business days and two weeks [with online purchases].”

Provinces with more legal stores are also outselling provinces with fewer stores on a per capita basis, according to Simon Fraser University Criminology Professor Neil Boyd, who is researching the effects of cannabis legalization.

“The big difference between the amount of legal cannabis sold in Alberta relative to other provinces can be traced to the number of retail outlets in that province,” he said.

Rewak points out, though, that it is still early in the game.

“Legalization is ongoing … we’re still building out a retail network,” he said, “Until those networks grow out, we truly won’t be in a truly competitive footing against the illicit market.”

Not only do cannabis consumers have a limited number of legal stores to go to, but there is also no guarantee those stores will have enough supply of cannabis, even if they are open.

The Ontario provincial government cited a serious cannabis supply issue as the main reason it was limiting the number of initial cannabis store licenses to 25.

Cannabis producer Aphria Inc. called out supply shortages as a reason for low sales in its first quarter in 2019.

There are also reports that some cannabis stores, such as the ones in New Brunswick, have not been able to open for usual business hours due to cannabis shortages.

The problem for low supply may not be the supply itself, though, but inefficiencies in the supply chain.

“Health Canada is aware of reports of localized shortages of cannabis products in some markets and for some product lines,” Health Canada spokesperson Tammy Jarbeau told the Toronto Star in April. “The supply of cannabis is not the issue. The issue is the supply chain, in other words, converting raw product into packaged goods and moving it to distributors or retailers and to customers.”

Rewak agrees with this, saying “initial supply challenges of packaging and logistics played a role in limiting supply in the retail store rollout.”

The logistics of meeting sales demand

Government data shows that there is a huge discrepancy between “finished” and “unfinished” product — there was four times more unfinished than finished product in March alone.

Safayeni says this discrepancy could be due to some inefficient processes, such as putting excise stamps on finished products by growers to show duty has been paid.

“Each of those stamps has to be specific to the jurisdiction [the cannabis is sent to], so that can be a cumbersome process,” he said.

While logistics are being worked out, for now, inventory of finished supply is slowly improving.

According to Health Canada, finished inventory of dried cannabis increased 32.8 percent between February and March, 2019, going up from around 23,000 kilograms to over 30,000 kilograms.

This inventory is enough to meet sales demand, which stood at 7,627 kilograms in March, 2019, according to the agency.

The agency recently changed its policy to only allow suppliers that already have a fully built processing facility to apply for a license.

Before the change, over 70 percent of applicants who passed Health Canada’s paper-based review over the last three years did not have a completed facility, according to the agency.

The agency says it is approving new licenses almost every week. There are now a total of 179 licensed suppliers across Canada as of the time of this writing, up from 132 when cannabis was legalized last year.

Price may be another factor that has some cannabis users turning to the black market.

Statistics Canada reported that the average price for a gram of cannabis in the legal market was $9.70 between October 17 and December 31 last year, compared to $6.51 on the black market. The numbers were determined from 385 price quotes submitted.

The price difference might be what is drawing people to black market cannabis. The agency said that people bought double the cannabis from an illegal supplier compared to legal — 17.2 grams vs. 8.3 grams.

Not only is legal cannabis seemingly more expensive, but some people also do not seem impressed with its quality.

Reviews on cannabis website Weedmaps for The Hunny Pot, the first legal cannabis dispensary that opened in Toronto, called its cannabis “dry.”

“Buds were all overpriced, dry and I’d be nice to not call their weed bush,” wrote user Highroller239, who gave the site a one-star rating.

“This weed was very dry and packaged from February 2019… I’m going back to the black market,” wrote the user Saderoh, who also dolled out one star for the store.

While quality is a different issue, the black market may not have the price advantage forever.

Safayeni noted that as the retail market gets its footing over time, increased competition and supply in the legal market will bring prices down.

Boyd agrees with this, saying that in other legalized jurisdictions, such as Colorado, prices have declined over a span of three years.

Boyd also argues that the price to get high is relatively cheap, compared to alcohol, for example, making the price not a huge factor over the long term. He says a joint can be purchased for $5 and can be split among three people, giving someone a high for little over $1.5 – a price you can never get drunk with.

Integration into the legal market

So what can be done about the black market?

To Rewak, it is not so much a matter of “fighting” the black market, but instead of integrating it into the current legal market.

This means working with people in the so-called “grey market,” such as illicit dispensaries, and using their skills in the legal market.

“There are a lot of great budtenders who work in [illegal] marketplaces who are just passionate about the plant. There need to be places for them in the legal economy,” Rewak said.

In order to attract that talent, though, the legal market still needs to be developed, according to Rewak, which includes building out the retail network, supply chains and creating the right kind of regulations.

“By and large, as the industry scales up and matures and more retail outlets [open], [there will be] more economic opportunities for individuals,” Rewak said. “It becomes almost a natural process, and that’s really what’s intended.”

Rewak says that the benefits of the legal cannabis market may win out those turning to the illicit market in the end.

“By legalizing cannabis and regulating it, we bring an industry that was in the shadows into the sunlight, and that gives the workers, staff, retailers, and cultivators more protection. They’re governed by human rights laws, employment laws, they’re given appeals if they’re mistreated at work,” he said. “These are all positive things.”