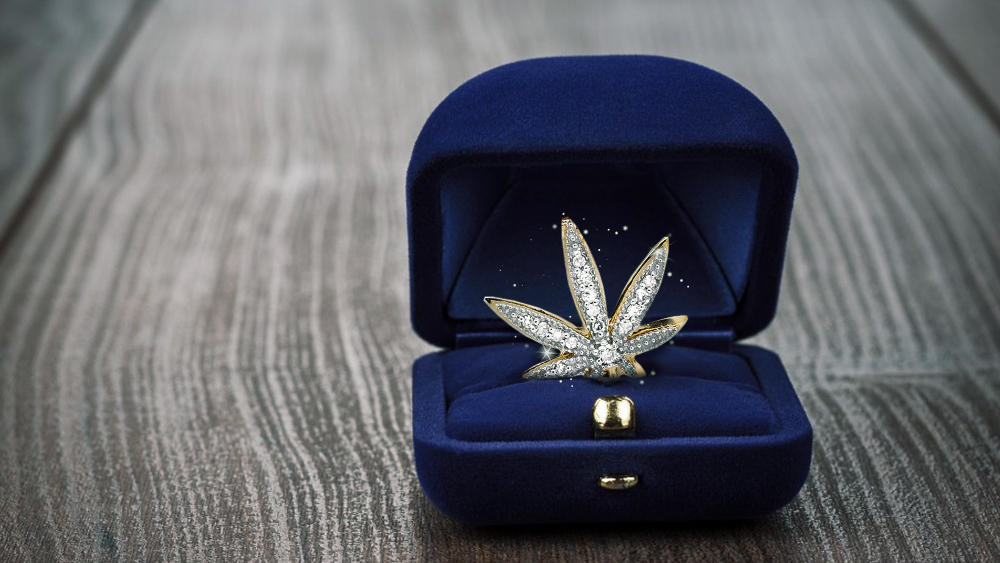 Some weed smokers are thankful for great deals at their local dispensaries, while others prefer more extravagant strains.

But high-quality weed carries a hefty price tag. And just like with any other item, some types of weed are more expensive than others.

As we all know, cannabis is an agricultural product, so its price fluctuates over time. And the fact that a particular type of weed is the most expensive today does not mean it’ll hold the title tomorrow.

Your location might be the most important factor determining the price of cannabis. It’s not so much about your coordinates, as it is about whether your state legalized it or not.

For example, since legalization, Canada has been witnessing a growing gap between legal and illegal weed prices, with legal weed now being as much as 80% higher than illegal weed.

Another thing about geography is the climate. You might ask what it has to do with you, but most weed is grown in ideal growing locations where the temperature ranges between 75° F and 86° F.

If your weed is grown outside this range, you may find your next joint under par as the THC level and strain quality may vary in less-than-ideal conditions.

Another aspect of location, is distance. If you live far away from the production areas, transportation costs will also be included in the price.

As you can see, your location is a major factor in the price you pay.

Depending on your whereabouts, there are two options: buying at a dispensary or your friendly neighborhood dealer. Registered stores may not be cheaper, but they are a much better option.

They have to follow strict guidelines, so you’ll always know what you’re getting.

If you know a guy who knows a guy who has great s***, that might not be the best option, as you can never be sure what exactly you’re buying.

On one hand, you may end up with the world’s most expensive bag of oregano, or, in the worst-case scenario, even something that is potentially deadly. Don’t buy a pig in a poke!

Local competition is also one of the key factors in the price of cannabis. If there are multiple dispensaries in your neighborhood, chances are the prices will be cheaper and they’ll offer more deals.

And if you’re less fortunate and dispensaries are scarce, sellers will probably charge more for their products.

If ganja is legal where you live, the prices will contain some sort of taxes and/or fees. Excise taxes for a gram of dried flower or cannabis oil in Canada are about $1; 75 cents for the province and 25 cents for the federal government. That adds up to roughly 10% of the total price.

(And that’s nothing compared to the 60% that cannabis users are paying in California!)

The Budget Plan released in March 2019 included a section on rules on cannabis taxation. The government plan is to determine the federal tax based on THC content in the final product. This applies to edible cannabis, cannabis extracts, and topicals.

One of the major price factors is quality. But how is it determined?

Well, it depends on several factors. The most important factor that determines the quality for consumers is potency: CBD or THC content. Users also look at the density, color, and the number of trichomes in the weed.

If you’ve noticed some fluctuations in pricing week over week, it could be due to quality.

What is a Strain?

We did some research to find the top 5 most expensive marijuana strains in the world today. But before we reveal them, we’re going to say a thing or two about “strains”.

If you’ve ever been to a dispensary, you know the word “strain” comes up a lot.

Marijuana strains can be either pure or hybrid. They include three types of cannabis: Sativa, Indica, and Ruderalis.

Breeders combine different strains to enhance their specific features. These are called hybrids.

Indica strains provide a physical, relaxing effect. These strains can be used for relieving pain, muscle tension, and to increase rest.

Sativa strains have more of a cerebral effect. They impact your emotions and are believed to increase your focus and energy levels.

Ruderalis produces very small amounts of THC and is therefore not commonly grown.

Hybrid, as you’ve already guessed, combines the two most common types. If you don’t fit into Indica or Sativa group, you can find a hybrid that provides the effect you need.

Now that we covered the basics, we can move on to the most exciting part: the most expensive weed in the world.

J1 or otherwise known as Jack One is a popular top-shelf strain. This sativa-dominant hybrid is a cross between Jack Herer and Skunk #1, and has a mild citrusy and earthy tone.

This strain leaves you feeling happy and euphoric while providing energy and focus. You will be ready to take on any challenge.

THC content ranges from 18 to 23%, which makes it a perfect choice for experienced smokers.

J1’s flowers are emerald green and heavily frosted. When fully grown, it is medium to tall, with large orange pistils around flowers.

As far as the price goes, J1 is the “cheapest” of the most expensive kinds of weed available and it comes in at about $350 per ounce.

Isla OG is an indica-dominant strain with THC content ranging from 22% to 27%. It became popular after rapper 2 Chainz rolled it in 24K-gold rolling paper and smoked it during an episode of his web series, Most Expensive Shit.

It comes packed in an air-sealed aluminum can. Dominant aromas are citrus, pine and tropical.

Unfortunately, not much is known about this strain. The manufacturers claim that, as soon as it is trimmed, it goes directly to the cans to cure. And although the packaging is luxurious, cannabis should be kept in cool conditions – metal conducts heat, which makes it inadequate for this purpose.

Isla OG buds are medium-sized and have a spade-like shape.

The price you need to pay for an ounce of Isla OG Canned Cannabis goes up to $800. You’ll need to add a bit of extra cash for the gold rolling paper.

Loud Dream is an indica-dominant strain created by backcrossing Blue Dream F1 with itself.

Although the name suggests it sends people to sleep, its effects are cerebral and users can expect a balanced high from this strain.

THC levels in Loud Dream haven’t been officially tested, but most manufacturers note that they range from 14% to 16%. Even though the THC level is above average, it doesn’t cause psychoactive effects, which makes it popular among users.

Loud Dream, which is of California origin, has thick and dense buds common to indica plants. It is a really sticky plant with a sweet aroma.

Loud Dream stands proudly in the middle of our list, coming at a cost of $800 per ounce. 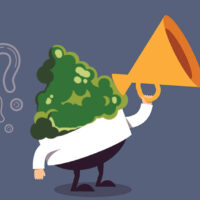 What Is Loud Weed? A Guide Through Marijuana Classification, from Reggie to High Potency Weed

The Fruity Pebbles strain has a sweet, tropical scent and leaves a fruity aftertaste. It was named after the popular cereal.

True genetics of this particular strain are unknown, but some of the parent strains include Green Ribbon, Grand Daddy Purple, and Tahoe Alien.

The fact that this strain is not widely available raises its price. It is a highly potent strain with a reported THC percentage of 22%. Fruity Pebbles fans claim it provides relaxation throughout your body with some psychedelic effects.

Fruity Pebbles plants can grow to great heights with a heavy yield of flowers. Its distinctive colors include all shades of green, red, brown, and even purple.

If you like what you’ve read, you’ll have to pay top dollar since an ounce of this colorful pleasure ranges between $1,000 and $1,500.

Cannabis Caviar (a.k.a. Moon Rocks, Caviar Gold or Weed Caviar) is actually a concept: high-quality marijuana buds dipped in hash oil and rolled in a layer of kief. The process increases THC content to a staggering 91%.

Novice users are advised to be cautious when using these products. The more experienced smokers claim it is strong as hell.

Some of the strains used in the process are:

Caviar weed is mostly sold in dispensaries in North America, but it can be found in some coffee shops as well.

Cannabis Caviar takes top spot. The price of $1,400 per ounce is exorbitant, to say the least.

As we’ve already mentioned, there are many factors that determine the final price of a cannabis strain. Sometimes it can be all about good marketing.

Certain strains have a history of endorsements, which adds to their price, while some are really hard to find and others are grown in special conditions.

Legal weed market is constantly evolving. Once a banned substance, it has become almost a widely available product.

So, how much are you willing to spend on high-quality pot? Let us know in the comments!

P.s. A nickle bag gets sold in the park I want in!!

You guys got fat while everyone starved in the streets... It's my turn..

grow your own, do a good job and laugh at the crazy as shit prices allllll the way home.