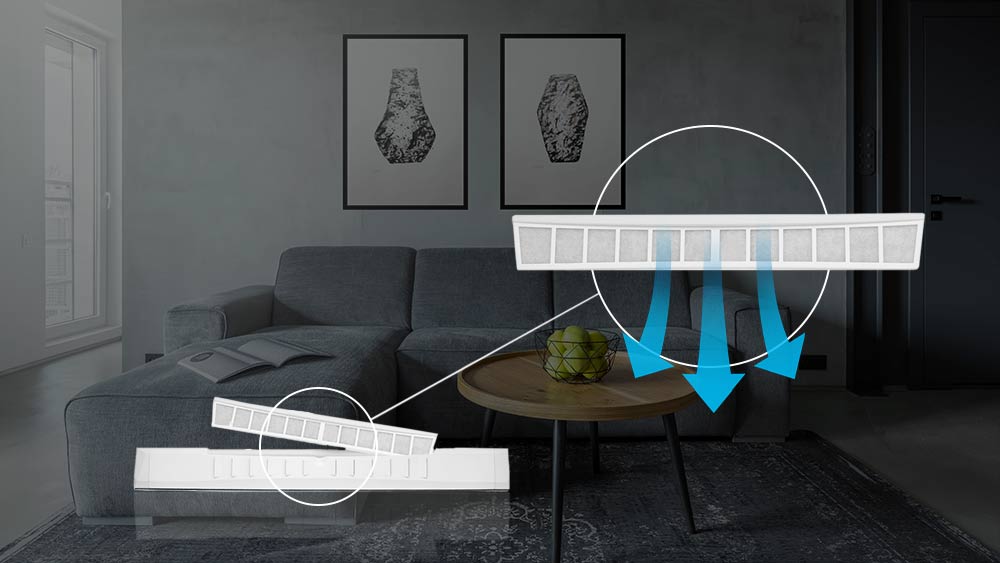 A common complaint about cannabis is its smell, especially for those who live in condos and can get a whiff of their neighbours’ “extra-curricular activities.”

One product to help combat that smell is Door Filter.

Door Filter consists of two filters made of carbon and nylon. It sticks to the small gap at the bottom of your door, known as the “door jam,” to filter the air coming into your apartment from the hallway.

The product was created by racecar driver Andrew Bordin in 2012.

Bordin said one day he was sitting at home in his condo and noticed there was a lot of dust in the air.

He wondered where it was coming from and noticed there was a lot of air pressure coming into the unit from the hallway.

He then looked at the door jam and saw tons of dust caked around it.

At the time Bordin, who also owns and operates race teams, was working with George Brown College in Toronto to tackle various problems with racecars.

After his condo discovery, he brought the problem to the college and together they came up with Door Filter to limit the particles that can enter from the hallway.

It wasn’t until cannabis legalization in Canada that Bordin says his business saw a “huge uptick” in interest in Door Filter to help tackle cannabis’ pesky smell.

“Cannabis has such a strong smell, you know, and it’s recognizable anywhere,” Bordin said. “People are looking for any sort of solution.” 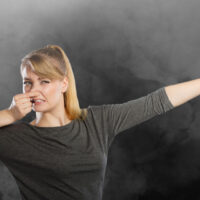 While Door Filter can’t tackle the pot smell that might travel through walls or electrical sockets, Bordin says it is an “extra layer” to fight the stench that may be coming from your halls in addition to an air filter inside your condo.

Bordin explains that air from other residents’ units can enter the hallways due to what is called the “stack effect,” which causes air to be pushed from the bottom of the building to its top because of a difference in air temperature and density.

Apart from odors in other people’s apartments, Door Filter also can filter polluted air that can enter the building from outside through the building’s ventilation system, which Bordin says a lot of the time isn’t well maintained.

Bordin says most of Door Filter’s sales are from Chicago and Dubai, the latter of which sees its fair share of dust from the desert.

To begin your journey towards cleaner air, you can grab a Door Filter from Bloomgroove.com, Amazon or Homedepot.com.