A new wave of cannabis products, including edibles, could be a $2.7 billion market, Deloitte says.

A new wave of legal cannabis products in Canada in the fall could add $2.7 billion of value to the industry, with edibles amounting to more than half of that, according to a new study by Deloitte.

The estimate was made in Deloitte’s third annual report on the cannabis industry, this year titled Nurturing new growth: Canada gets ready for Cannabis 2.0. The report examined the effect the new yet-to-be-released products may have.

Among the wave of alternative cannabis products will be edibles, concentrates, and cannabis-infused drinks, otherwise known as drinkables, which are all expected to be legalized in Canada no later than October 17, 2019.

Deloitte expects these new products to draw higher profits for retailers compared to what they are making with their current offerings, but won’t take away from their sales.

Edibles alone are expected to be a market worth at least $1.6 billion a year in Canada, while drinkables are expected to be $529 million, according to Jennifer Lee, Deloitte Canada’s cannabis national leader. Topicals, concentrates, tinctures and capsules will make up another $544 million.

“The legalization… of edibles containing cannabis and cannabis concentrates will create new product mixes that will reach consumers who may have been reluctant to try traditional cannabis consumption methods that are currently available,” according to Deloitte.

This new market could even threaten the alcohol industry, according to Lee, since the products may be used during similar occasions as alcohol.

Demystifying cannabis-infused beverages and the hype around them

Not only could edibles take alcohol market shares, but they could also reach demographics cannabis currently may not be appealing to, such as older consumers and females who prefer “familiar consumption formats,” such as baked goods, the report notes.

The report says that nearly half of likely edible users are planning to consume gummy bears, cookies, brownies, or chocolate every three months.

Is the interest in edibles decreasing?

However, the opinion among Canadians about edibles may not be as enthusiastic as Deloitte asserts.

Last month, Dalhousie University found Canadians are now less open to trying edibles than they were before.

Thirty-six percent of survey respondents in April said they were willing to try edibles, down from 46 percent in 2017, before legalization.

One reason for the diminished enthusiasm could be due to some nightmare edibles stories, such as a 70-year-old man getting a heart attack from a lollipop edible with 90 mg of THC in early 2018, or two children eating an edible chocolate bar with 750 mg of THC, the psychoactive component of cannabis, resulting in one being hospitalized due to brain swelling.

Edibles can come in kid-friendly forms, such as candy, and it is not possible to tell if there is THC in them, or how much, if there is no product labelling.

However, regulations may tackle these concerns. Health Canada has recommended that edibles be packaged individually with no more than 10 mg of THC in them.

Deloitte came to their findings from data gathered from 2,000 adult Canadians from across the country who were surveyed between February 26 and March 11, 2019, on their current and intended use of alternative cannabis products. 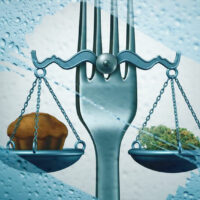 Are legislators ready for cannabis edibles legislation in October?