Skip to content
Home / Basics / What Does ‘Cannabis 2.0’ Mean for Canada’s Pot Industry? 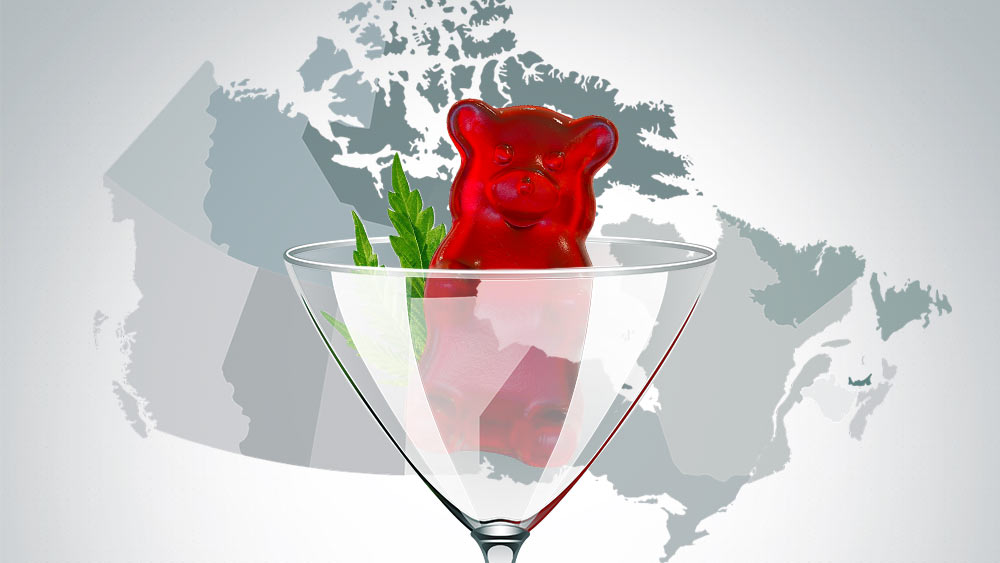 Get ready Canada, cannabis 2.0 is coming!

About one year after cannabis dried flower and oils were first legalized in October, a new wave of products will be hitting store shelves in December.

These products include 1) cannabis-infused foods and drinks, called edibles and drinkables, 2) concentrates that can be used with vaporizers, and 3) topicals, such as ones made from cannabidiol (CBD), a non-psychoactive component of cannabis.

Expectations for these new products are huge.

Deloitte predicts that the new products will add up to $2.7 billion a year of value to Canada’s cannabis industry on top of current cannabis sales, while accounting firm EY says the products will draw up to three million new consumers.

The new products offer great new opportunities for cannabis companies to reach new demographics and compete with new industries. They also bring their own challenges, such as introducing consumers to new ways to consume cannabis that have their own risks.

Read on for a look at how cannabis 2.0 products might change Canada’s pot industry as we know it.

Edibles and drinkables will be available in a wide variety of products that could attract new demographics to cannabis with their own unique selling points.

Edibles will likely come in many forms, such as baked goods like brownies and cookies, while drinkables could include products like CBD-infused water, teas or cannabis-infused non-alcoholic beer.

While the effects of edibles and drinkables will be similar to the current offerings of capsules and oils, the more consumer-friendly form could attract consumers who have not fully embraced cannabis yet, such as females.

Female cannabis consumption has been shown to be lagging behind male consumption in Canada.

In its National Cannabis Survey released in August, Statistics Canada said that males were twice as likely to use cannabis than females in the first half of 2019.

Edibles are predicted to be one way to attract more female consumers to cannabis.

A report from Deloitte released in June says edibles might appeal to females more than flower due to a preference for “familiar consumption formats,” such as baked goods.

The fact edibles and drinkables are smoke-free also may appeal to females who are wary of smoking.

Female-focussed cannabis brand Van der Pop partnered with Canadian Viewpoint Inc. (CVI) for a 2017 survey of over 1,500 women in Canada and the U.S. They found 70 percent of respondents think cannabis carries a stigma, and 39 percent say they don’t try cannabis because they don’t like the idea of smoking.

“When you have something like a beverage or a tea, I think it reduces the stigma a lot more,” he said. “It doesn’t look like the stigma we’ve been convinced of, of someone smoking a joint and the negatives that come with that.”

Aleafia has paired up with California-based Flying High Brands to potentially bring a number of new products to Canada once they are legal.

Verbora can picture edibles as an option for a busy mother to relax at the end of the day, as opposed to a glass of wine. 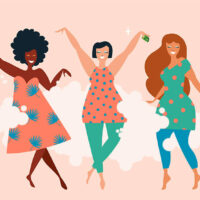 Edibles could be a premium product

Deloitte also predicts that edibles may appeal to a more educated and affluent consumer group than dried flower’s current demographic.

Rishi Malkani, Deloitte’s cannabis practice leader, says that edibles may be used less frequently than flower and its likely user is in the 35-54 age range as opposed to the historical 18-34 year old demographic for recreational products.

Deloitte’s report says edibles have the potential to be a premium product and sell at a higher price point than flower, making them more profitable.

Some companies are preparing for this premium potential of edibles, such as Dank D’lights, which is preparing a line of cannabis-infused truffles that are meant for a group of friends after a nice dinner.

Overall, Deloitte predicts that edibles will earn the most out of the new product categories at $1.6 billion a year in Canada because of consumers’ familiarity with the product, since they have been widely available in the illicit market.

Not only may edibles and drinkables appeal to new demographics, they could also take market share from established industries.

Drinkables, in particular, are poised to give the alcohol industry a run for its money.

According to Deloitte, 37 percent of its survey respondents say they would use cannabis-infused beverages, and 35 percent would use them as an alternative to alcohol. The company predicts that cannabis-infused edibles will “clearly threaten the alcohol industry” since consumers would use the products on similar occasions.

Malkani notes that Canadians only have a finite amount to spend on such products, so they may either go to alcohol or cannabis.

EY’s report shows 40 percent of respondents say they are very likely to try cannabis-infused drinks once they become legal.

Verbora points out that consumers will likely be open to trying a consumption format they are used to.

“We’ve gotten used to the fact that a lot of our conscious-adjusting substances come in a drinkable format,” he said. “By copying that format, a lot of consumers could potentially be driven away from alcohol and onto more cannabis-based beverages.”

New technology also allows drinkables to compete with alcohol. Nanoemulsion allows drinkables’ effects to be felt in as little as 10 minutes, similar to alcohol, rather than hours as it is with edibles.

This could provide an attractive alternative to alcohol for those not crazy about its effects.

Greencamp writer Adam Chen notes that cannabis drinks strongly appeal to him as an alternative to alcohol due to an enzyme mutation that makes him more susceptible to alcohol’s effects — genes he shares with 36 percent of East Asians.

Adam notes that he is excited for cannabis drinks that come in a variety of doses to be able to find the effect that is best for him and avoid greening out.

While 10 mg of THC, the psychoactive component of cannabis, is the largest dose allowed per package, some companies will offer more entry level offerings. Cannabis foods company Olli Brands will offer a low dose tea with 2 mg of THC.

There could even one day be cannabis bars with full-service restaurants attached for the munchies, according to Lisa Campbell, co-founder of Lifford Cannabis Solutions and part of the Lifford Wine and Spirits family legacy.

“Consuming on site, ordering munchies, and not just potato chips, but a full-service restaurant – that’s where we really see the future of cannabis beverages,” she said in her interview with Adam Chen.

The alcohol industry is paying attention to the emerging threat of drinkables. Molson Coors pegs the cannabis-infused drink market to be worth $3 billion and is partnering with Canopy Growth Corp. and Hexo Corp. to release a line of cannabis beverages once they are legal.

Regulations can be hazy

While opportunities seem aplenty, cannabis 2.0 does come with some challenges, though.

Health Canada has released the regulations on the new product offerings, but its rules for products that can appeal to children have become a point of contention, according to Verbora. 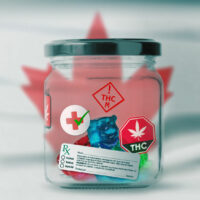 Health Canada says that the new edible products cannot appeal to youth, but Verbora says the regulation is a little hazy and it is not completely clear what may or may not appeal to children. There is no definitive list of what isn’t allowed.

Verbora says that the hazy language could create uncertainty and could prevent some investment if it is unclear some products may not make it past regulatory testing.

“The problem is, with time different people are going to test the market and see if it falls in the yes or no category,” he said. “My interpretation of the law would say gummies and candies are not going to be allowed because they are attractive to children and feature different flavours, but there may be another company that thinks that it is permitted.”

Rishi Malkani, Deloitte’s cannabis practice leader thinks, though, that companies will do their research and bet on products that show signs of strong demand, such as by looking to the U.S. to see what worked and didn’t work there.

That is one strategy Olli Brands COO Sarah Gillins says the company took to be confident in their product offerings, which include teas, fruit chews, cookies, toffees and chocolates.

Gillins adds that Health Canada evaluates the concept of being appealing to children on many different aspects of the brand, such as the actual product, packaging, language used and colours. This could allow companies to target edible candy to adults if all aspects of its presentation are geared for that demographic. 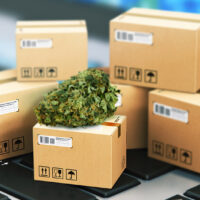 There is good reason Health Canada is concerned about edibles’ appeal to children.

A number of horror stories have come out of children eating candy unaware that it had very high levels of THC, resulting in a visit to the hospital.

In Brandon, Manitoba, a two-year-old and a five-year-old ate parts of a chocolate bar that contained a whopping 750 mg of THC in February, resulting in the two-year-old being hospitalized in Winnipeg due to alleged seizures and swelling in her brain.

However, an expert told CBC that seizures are not a common symptom of cannabis overdosing but more of synthetic cannabis.

Verbora says typically if one has taken too many edibles, the effect will wear off over time and it doesn’t pose too much danger.

Nevertheless, studies have shown edibles can produce a stronger high in consumers due to the THC being processed in the liver rather than lungs, and it can be more difficult to gage the proper dose since the effects might not be felt for a couple of hours.

This has some consumers on edge, according to a survey in March that shows that interest in edibles has actually lowered.

There is the hope that a 10 mg packaging limit and strict labeling requirements will help ease people into edibles, compared to the unregulated black market, where products have not been third-party tested and it is hard to know how much THC is in them.

Gillin says that increasing consumer confidence in edibles has been a challenge, and people are apprehensive and scared. To raise confidence, she says her company has focused on community outreach and providing as much information as possible, such as on their website.

“It is important for you to find your comfort zone. Start with products that are low in THC, do them in a safe place, don’t mix them with any alcohol, take the time with them and take one dose at a time,” she said. “There’s room to provide a trusted product that people are comfortable with and people can find something that appeals to them.”

How companies can succeed

So how can companies succeed with these new waves of products?

Both MacDonald and Malkani think that the key lies in gaining more data on consumers to better target their products and focus their offerings.

“I would expect that the companies that are focused on accumulating data and understand the consumer, those are the ones that are going to win,” Malkani said. “The consumer for edibles is not the same for other recreational cannabis products or the more conventional ones.”

“Companies have an opportunity to build a lot of customer knowledge through feedback and also build up the amount of data they have on how customers are really using these products, so then they can serve the customers more effectively,” he said. “They have to listen to what consumers are saying, especially the non-consumers.”

Don’t expect winners to emerge soon, though. Both say that it could be a few years until the market sorts itself out and trends emerge.

– With files from Adam Chen 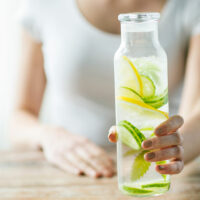