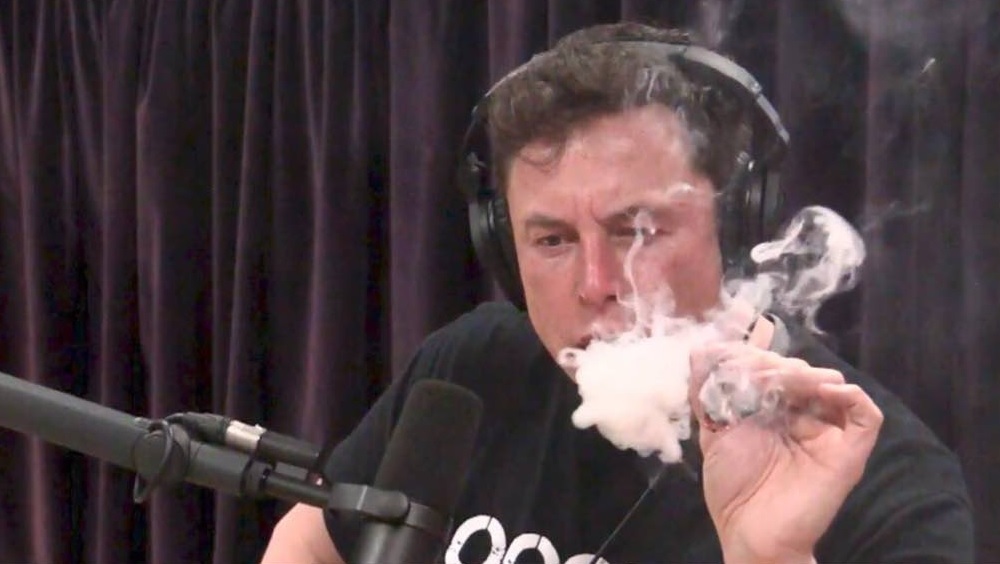 Elon Musk was the guest on Joe Rogan’s latest Experience podcast episode, and somewhere by the end of it Musk and Rogan shared a blunt, to which the community had all sorts of reactions.

Joe Rogan is one of the most popular podcast show host, aside maybe for the No Jumper podcast, although they work mostly on different topics so they aren’t direct competitors.

The Experience Podcast which is hosted by Rogan had the chance to invite Elon Musk as the show guest for episode #1169, which Musk accepted and showed up for.

Now, I don’t want to claim that I’ve seen all 1168 of his podcasts, but from the ones I did see, this one was by far the most interesting for me.

Since Elon Musk is somewhat of an idol of mine, I was thrilled to listen to all the topics they spoke of: artificial intelligence, future of transport in LA, the HyperLoop, whether Elon is an alien/time traveler sent from the future to save our species from extinction, etc.

For those of you that aren’t familiar with Elon Musk and his achievements, he is the founder and CEO of both SpaceX – a space exploration company, and Tesla – a car company dabbling in transportation automation.

He also founded and sold PayPal, a worldwide online payment system, as one of his first big businesses.

Musk is an engineer and inventor that is working on improving humanity’s chances of survival, and he is also deeply concerned that artificial technology will take over the planet one day.

That is why he is working on making life on Mars a real possibility in case the AI-fuelled robot apocalypse starts in the near future.

In his words, he is working on tackling the issues put in front of humanity for the betterment and survival of our race, and if that means running away from diabolical robots to Mars, then so be it.

In short, Elon Musk is technology embodied. He is what Vision would look like if Avengers were real.

On the other side of the table, his interviewer is Joe Rogan, a stand-up comedian and talk show host, and more than anything a huge proponent of cannabis legalization.

Not just cannabis though, Joe Rogan has been talking to his guests about nearly every drug, how they affect users, what are the side effects, pro’s and con’s, and lots more, educating his listeners in the process.

How all of this tie in?

2018 is definitely the year of cannabis since California and Canada legalized recreational cannabis, both of which are extremely big markets.

A couple of smaller medical programs were also started and expanded in other places in the US, as well as in Europe and Asia.

On the other hand, technology is starting to have an increasingly larger impact on how we are seeing the cannabis industry as a whole.

We are seeing the expansion of cannabis to more than just joints and other smokable types of it. The industry is looking more towards the side of cannabis that isn’t connected to ingesting fumes.

We’ve seen the rise of vaporizers in the last 5 or so years, and some are even projecting that the market for cannabis-infused products will be bigger than the one for the flower.

So, when Elon Musk was seen hitting a blunt on Joe Rogan’s podcast, you can imagine how the cannabis community must have felt at that moment.

Elon Musk is basically tech royalty. He’s up there with Bill Gates, The Zuck, Myspace Tom, and other magnates that changed the game for us mortals.

Since the interview was happening in Joe’s studio, which is located in California, the host started smoking a blunt with his colleagues, and at one point Musk took an interest in it.

He asked whether they are smoking a joint or a cigar and Rogan explained that it was weed rolled in a tobacco leaf, which is called a blunt. 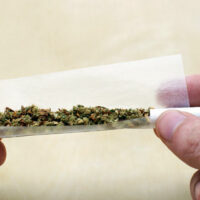 The Definitive Guide to Rolling Papers: Say No to Blunts

Not to say that Elon never tried weed, he smoked numerous times in his own words, but it never did much for him.

Rogan made a joke about how he probably can’t smoke weed because of his shareholders, to which Musk answered with “I mean it’s legal, right?”, smelt it quickly and proceeded to take one of the fattest hits in his life.

However, it was only a ‘Clinton puff’ (didn’t inhale, much) as he kinda let the majority of the smoke slip away from the corner of his mouth. He was also seen sipping on some whiskey afterward.

The world didn’t stop turning around, Tesla and SpaceX didn’t fall into an endless void that suddenly appeared under their foundations.

This part of the interview was towards its end, and the topics they were discussing were somewhat more relaxed, for example, what would the world look like if there were a million Tesla’s, not the car companies, but the Nikola’s.

Later on, Musk explained how he has lots of friends that are into weed, but that he isn’t really a passionate smoker because it doesn’t help his productivity.

He did seem a little more relaxed and a bit faded as the interview went on, however it is totally possible that he also got a contact high due to all the smoke in the room.

This stunt came a few weeks after Musk told the world via Twitter that he planned on taking Tesla private:

Maybe this was just a poorly thought through a joke, as the Tesla stock has been plummeting ever since, or maybe Elon just got really high on August 7th and wanted to mess around with his followers.

Either way, Elon Musk just made cannabis look a lot less hostile and he brought it a lot closer to the world of tech.