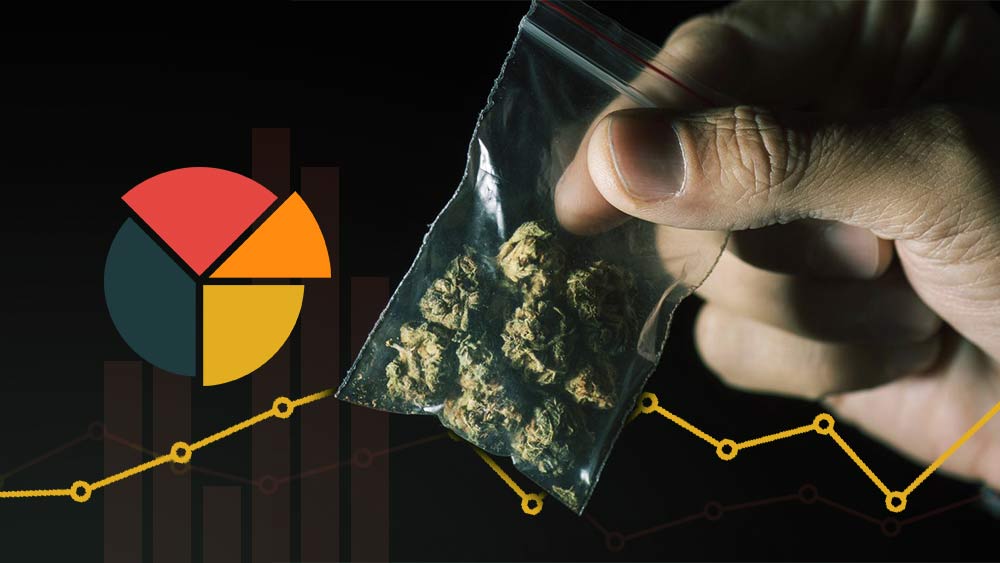 Nearly a quarter of a million Americans work in the legal weed industry, according to Leafly’s annual Cannabis Jobs report released this week.

The figure marks a 15% increase compared to the previous year, indicating the US cannabis industry is still going strong despite the less-than-stellar performance of pot stocks last year.

However, due to marijuana’s status as a Schedule I substance, the US Bureau of Labor Statistics doesn’t keep track of people employed by legal weed.

“The refusal to acknowledge the existence of legal cannabis jobs is a powerful act of shaming and stigmatization. Those who aren’t officially counted don’t officially exist,” the Leafly jobs report highlighted, calling the situation “outrageous.”

According to the statistics, weed is the country’s single largest job-creator and is projected to continue on that path over the course of this decade.

Breaking down the numbers by state, the report revealed California, America’s largest legal pot market, employs the most in the industry at 39,804 cannabis positions and $2.03 billion in legal sales last year.

The Golden State is followed by Colorado and Washington, the first US states to legalize recreational marijuana.

California set for a lucrative 2020

Despite California’s still-prosperous black market, the data suggests the legal market is also set to expand significantly in 2020.

Tax revenues from marijuana sales in California soared over 60% year-over-year to an estimated $305.30 million in 2019.

With more than 600 dispensaries and delivery systems now operating in the state, and a further 300 new stores expected to open this year, this trend of strong growth is projected to continue until the legal market overtakes the illicit one.

This could happen by 2024, analysts predict. According to BDS Analytics and Arcview Market Research, legal marijuana sales in California could reach $7.2 billion in 2024, above the projected $6.4 billion in illicit sales.

“Despite the burdens imposed on the legal market by regulators, with a $2.7 billion gross domestic product, California has the world’s largest legal cannabis market and will continue to until federal legalization makes it merely a part of the larger US market,” a managing director at BDS Analytics Tom Adams said.

Several major Canadian cannabis companies made the headlines in recent days as they announced multiple restructuring plans and the lay-offs of hundreds of employees.

Following industry giants Tilray and Aurora, Supreme Cannabis is the latest to report a planned jobs cut as the company looks to “near-term revenue growth.”

Cannabis companies are struggling due to Canada’s slow roll-out of retailers and certain regulatory hurdles that have plagued the country’s legal weed industry since marijuana was fully legalized in 2018.