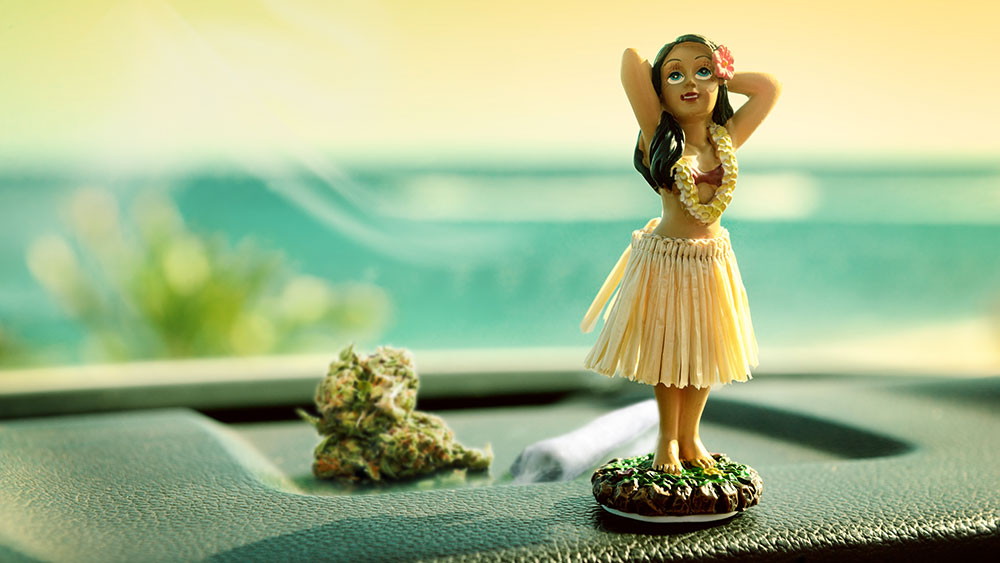 Hawaii officially became the 26th state to decriminalize possession of small amounts of marijuana on Tuesday, with the new legislation set to take effect on January 11, 2020.

Under the new law, people caught with three ounces or less of weed can be punished with a $130 fine but will face no jail time.

Hawaii’s state legislature passed the bill in May, sending it to Governor David Ige’s desk after previously becoming the first state to approve medical marijuana back in 2000.

Although the Democratic governor declined to sign the bill, he didn’t veto the legislation by the required deadline either, essentially allowing the decriminalization proposal to become law. Last month, Ige said he went “back and forth” on his decision, describing it as a “very tough call.”

The state’s current law classifies marijuana possession as a petty misdemeanor that carries up to a $1,000 fine.

A small victory in the ongoing battle

The Aloha State is the third to decriminalize marijuana possession this year alongside ​New Mexico​ and ​North Dakota​, while 2019 also saw Illinois ​become the 11th state to legalize weed. Illinois’s marijuana legalization law will allow recreational possession and sales starting January next year as well.

However, at the federal level, marijuana remains illegal as cannabis has been classified as a Schedule 1 substance since 1970 when Congress passed the Controlled Substances Act signed into law by President Richard Nixon.

On Wednesday this week, lawmakers held a hearing on ending federal marijuana prohibition.

“Marijuana decriminalization may be one of the very few issues upon which bipartisan agreement can still be reached in this session,” Representative Tom McClintock said on the occasion.

The hearing titled ​Marijuana Laws in America: Racial Justice and the Need for Reform ​was held before the House Judiciary Subcommittee on Crime, Terrorism and Homeland Security and gathered legal, health and industry experts on Capitol Hill to speak about the benefits of legalization.

“There is a growing consensus in this country that current marijuana laws are not appropriate and we must consider reform,” Representative Karen Bass stressed. “Today’s hearing is the first step in that process,” she underlined.

Although the hearing was hailed by some advocacy groups as “historic,” ​marijuana reform at the federal level​ seems unlikely to come to fruition as its biggest hurdle – a Republican-controlled Senate – continues to loom with Senate Majority Leader Mitch McConnell in staunch opposition to legalization.