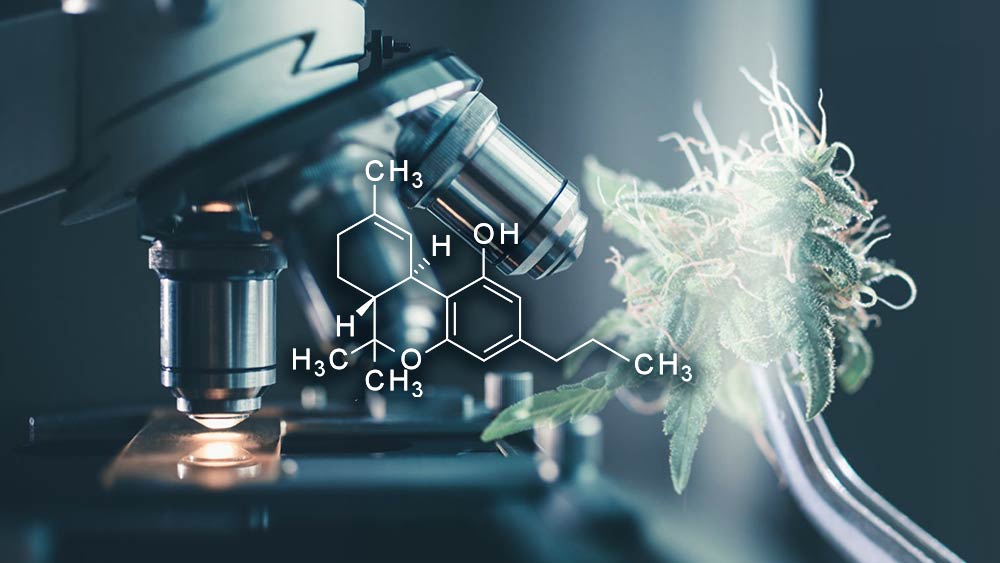 Thus far, 113 different cannabinoids have been isolated from the cannabis plant, and all we ever hear or talk about are THC (tetrahydrocannabinol) and CBD (cannabidiol).

Truth be told, they are the most prevalent compounds in cannabis, but we should be aware of the fact that there are other equally intriguing (though lesser-known) cannabinoids in this mysterious plant.

So, we decided to learn more about tetrahydrocannabivarin (THCV), a rare compound that can only be found in trace amounts of marijuana. And not just any kind of marijuana.

Different lab results have shown that higher levels of THCV can be found only in some Sativa dominant strains from Southern Africa and Afghanistan.

And we have put together a list of high THCV cannabis strains that are currently available on the market. THCV enthusiasts commonly refer to THCV strains as “skinny pot”, later on you will find out why.

But before that, we will lead you through a short recap of recent studies on THCV and possible medical benefits and effects of this powerful cannabinoid on the consumer.

What do studies say about THCV?

THCV is a chemical compound in cannabis that has a similar molecular structure as tetrahydrocannabinol (THC), missing only two carbon atoms to be just like its much popular “chemical cousin”.

But there is a significant difference between the THCV and THC, especially in the effect that they produce.

Depending on the amount taken, THCV can act the same as THC, or act completely differently.

Some studies report that lower doses of this powerful cannabinoid cause it to act as an antagonist of the cannabinoid receptors, meaning that THCV is not psychoactive in those cases. It actually suppresses the psychoactive effect of THC.

On the other hand, at higher doses THCV can act as an agonist, and produce not just similar, but significantly stronger high than THC. It is speculated that the extra uplifting but clear-headed buzz that some sativa strains produce is the result of “THCV force”.

Another significant attribute of THCV strains is the immediate strike of energy after just a couple of puffs, that lasts about half of the duration of the THC high. That’s the reason why an eminent Californian testing lab calls it “the sports car of cannabinoids”.

So if you want to experience the effect of this precious substance via vaping, you should really heat up your gear when adjusting your vaporizer’s temperature.

THCV has been praised for many medical benefits. Some are scientifically-backed, some need further testing in studies with a wider range of participants.

Here is a list of plausible medical benefits of THCV:

Now that you have learned a little bit more about THCV, it is time to introduce strains that have above-average content of this rare compound.

Author’s pick: 8 strains that are high in THCV

This legendary African landrace strain has been dominating the stoner’s cultivation business since the early 70s. It fathered many of today’s popular hybrids, many of which you will see later on this list.

This pure Sativa strain originates from South Africa’s sunny city of Durban, but due to its strong genetics and high resistance to harsh weather it’s been cultivated in both North and South hemispheres.

Durban Poison has a reputation as one of the finest strains of all time, and if you are lucky enough to try the original phenotype of Durban poison, you will understand why that is the case.

It provides an energizing, uplifting buzz that will boost your creative side and motivate you to stay on track through a hectic schedule.

Durban Poison has up to 1% of THCV, which is a high concentration considering that the bulk of cannabis plants have far less (below 0,2%). 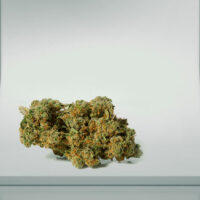 Here comes another 100% landrace strain from southeast Africa – Republic of Malawi, to be precise. Locally known as Chamba, but internationally renowned for its potency and uplifting high, this strain reached an almost cult status among cannabis enthusiasts.

But contrary to the aforementioned Durban Poison, this strain is somewhat difficult to find in the Western Hemisphere, as it is harvested almost exclusively in the Northern region of Malawi (but heavily exported to other regions, mainly Europe).

Maybe due to its origins or scarcity, this strain has a reputation of one of the best and finest marijuana strains in the world, according to the World Bank.

Although cannabis in Malawi remains illicit, this crop tends to be one of the top export products of Malawi, with an estimated value of 0.2% of Malawi’s GDP.

When it comes to THCV content of this renowned strain, there are no official lab data to give us the exact measure.

But it has been suggested that THCV levels in Malawi Gold are as high, if not higher, than in Durban Poison. If you are lucky enough to have your path cross the path of this strain, we would be thrilled to hear your thoughts on this matter.

Here’s another rare Sativa dominant strain that is extremely hard to find. (Which makes me wanna try it even more!)

Pineapple Purps remains a mystery when it comes to its origins and genetics. The name suggests that it is a crossbreed of Pineapple Express and Purps, but no one can say for certain if this is true.

On the other hand, everyone is certain that Pineapple Purps has a really powerful psychoactive effect and energizing high which can be attributed to an insane amount of THCV.

This unique strain can produce so much of this scarce compound, that final THC:THCV ratios can go as high as 3:1.

Not to sound like I favor Sativas, here comes one strain from the Indica team. Dutch Treat, also known as Dutch Crunch, is an Indica-dominant hybrid that is an essential part of any respectable Amsterdam coffee shop.

Its exact lineage is a complete enigma, but it is believed that it was created by the legendary Canadian cross breeder Jordan of the Islands.

In spite of the Indica predominance, this strain induces a perfect balance of joy and relaxation. Dutch Treat provides an instant energizing, cerebral effect that doesn’t last long (the expected effect of any THCV-rich strain), followed by the feeling of deep physical relaxation and peacefulness.

If you are looking for high THCV products, Heylo Cannabis introduced Dutch Treat Cartridges that have 3,3% of THCV.

GSC, formerly known as Girl Scout Cookies, is a prodigy of two immensely popular strains: OG Kush and Durban Poison. It comes as no surprise that GSC received the same amount of adoration after its introduction to California’s cannabis market back in 2012.

In its short period of existence, GSC received numerous Cannabis Cup awards and became one of the most praised hybrids around the world. It is around 60% Indica and 40% Sativa, but its effect is more that of a Sativa strain.

The high you get from this strain will hit you straight away, and it is an uncommon combination of euphoria and relaxation at the same time.

Because of the high level of THC and traceable amount of THCV (thanks to Durban Poison origins), GSC has been equally popular among medical and recreational users. 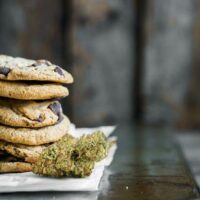 With such a creepy name (after a 19th-century serial killer), pot smokers would expect nothing less than a killer effect. And they won’t be disappointed.

This Sativa-dominant hybrid (70% Sativa, 30% Indica) has been a highly successful combination of Jack’s Cleaner clone and male version of Space Queen, often referred to as Space Dude.

Its effect has been described as extremely enjoyable in a number of different settings, where a user can party late or go about finishing daytime tasks without a care in the world.

It is not unusual to experience intensive visual stimulus with this strain, so novice users may feel paranoid and scared if they go too far in blowing trees.

Jack the Ripper is another THCV-rich strain that has become extremely popular in a short period of time.

This Sativa strain has been named after the popular country musician and a long-time weed advocate, Willie Nelson, who presumably tried it once and immediately bought the entire first crop.

After winning the Best Sativa prize during the 2005 High Times Cannabis Cup, Willie Nelson has grown in popularity among medical and recreational cannabis smokers.

The effect of Willie Nelson is similar to any classic Sativa dominant hybrid. It is a perfect wake and bake strain, that induces euphoric cerebral high and desire for social interaction.

Although it is notably reported that Willie Nelson has above-the-average content of THCV, we were unable to find reliable data on the actual THCV level.

If you haven’t heard about this strain before, you are not alone. Doug’s Varin is a rare, premium Sativa strain that is specially bred for high THCV content.

It is one more descendant of Durban Poison, but a few more African strains have been mixed in the process: Malawi Gold, Swazi Landrace and additional strains that remain a “botanist’s secret”.

This strain has been introduced to the cannabis market in 2013, after more than 40,000 iterations that preceded the discovery of this THCV powerhouse.

It contains 3% THCV which is the highest available concentration of THCV in one strain.

Doug’s Varin has an earthy, citrusy scent and energizing cerebral effect that doesn’t last long (thanks to the large concentration of THCV).

If you are looking for a product that contains the highest level of THCV, look no further. Doug’s Varin offers vape pens that have 25-30% of THCV. 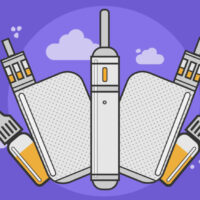