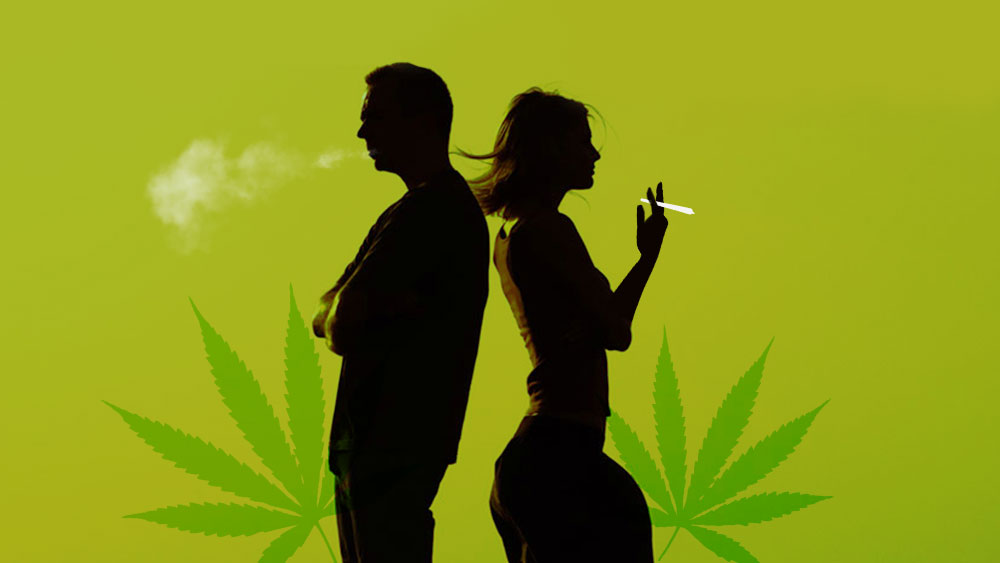 A recent study conducted by the Washington State University’s Alcohol and Drug Abuse Research Program shows that cannabis strains with low amounts of THC and high levels of CBD are the best for treating depression.

Several astounding findings have been published in a study conducted by the Washington State University’s Alcohol and Drug Abuse Research Program that may change the ways we view depression and anxiety therapy.

“Existing research on the effects of cannabis on depression, anxiety and stress are very rare and have almost exclusively been done with orally administered THC pills in a laboratory,” said Cuttler, author of the study.

This study was focused on finding how cannabis affects depression, anxiety, and stress in both men and women as well as how they compare to each other, and the results varied.

One of the many findings was that women deal better with depression by medicating with cannabis when compared to men.

Analyses revealed that depression symptom ratings were reduced in 89.3% of tracked sessions, they were exacerbated in 3.2% of sessions, and there was no change in 7.5% of sessions.

As for anxiety, it was reduced in 93.5% of tracked sessions, they were exacerbated in 2.1% of sessions, and there was no change in symptoms for 4.4% of sessions.

Lastly, stress levels in patients have also improved (lowered) in 93.3% of tracked sessions, it increased in 2.7% of sessions, and there was no change in reported levels of stress for 4% of sessions.

When it comes to gender differences, cannabis has a similar effect on men and women, however, it seems that women may reap more benefits.

Even though there are many things that might influence the results women got, such as smaller body weight and lower cannabis thresholds, the results speak for themselves.

Here we see that the levels of all three drop a bit lower for women than those in men, however, the fact that cannabis lowers depression, anxiety, and stress levels stays true across the board.

By looking into the numbers we can see that women perceived a greater reduction in symptoms of anxiety than men did.

Levels of THC and CBD matter

When it comes down to which strain is the best for dealing with depression or anxiety, everyone has a pick of their own as everybody knows themselves best.

However, this study has shown that opting into a strain with high levels of CBD might help you a bit more than those with high amounts of other cannabinoids.

Models were also tested to examine whether the cannabinoid contents (% THC, % CBD) could produce a change in reported symptom severity.

The greatest reduction in ratings of depression was reported after using cannabis with relatively low levels of THC and relatively high levels of CBD.

Researchers also pointed out that medical cannabis users’ beliefs regarding the therapeutic efficacy of THC and/or CBD-rich strains could have contributed to a potential expectancy effect.

“A lot of consumers seem to be under the false assumption that more THC is always better,” Cuttler said. “Our study shows that CBD is also a very important ingredient in cannabis and may augment some of the positive effects of THC.”

The results also indicate the presence of a positive, linear, relationship between dose and perceived changes in stress.

Lastly, researchers say that the results from this study are consistent with the reported anxiolytic, stress-alleviating effects of cannabis, and suggest that users experience significant and substantial reductions in symptoms of negative affect following cannabis use.

Yes I agree with Steve Gipps. I think to add credibility to the study, more info such as sample size, methodology, duration of study, amounts of cannabis used, where the study abstract is published and can be located all would have added to the validity of the study. You’re preaching to the choir here, but in order to educate those in the healthcare profession so they can pass along to patients, I feel the inclusion of such information is essential.

Would love to see some organisation do a trial with extract Of different proportions and extract strenght regarding detoxing from various substances Especially full blown alcoholisum. Allergic reactions severity Combination detox phrapys using Standerdised extract possible through vapour guns, along with 5htp, NAC combination , Ginko, ginseng, Green/white tea with vitamins c with b6 and b c9 Understand that effects of withdrawal and Dangers can be treated just as effectively as the normal detox drugs. Using certain herbs similar to ones used in herbal sleep remedies. At higher strenght but as I discovered it the patient that need to be look at not the method,model or style fits everyone , My friend says always look at the patient, don't bombard him with too much , drip feed the information. Not encouraging any one to do his un supervised. But with responsible support from Friends and family or just trusted friends as any firm if Detox is potentially Dangerous so a phone and a keen eye and some medical training advisable .