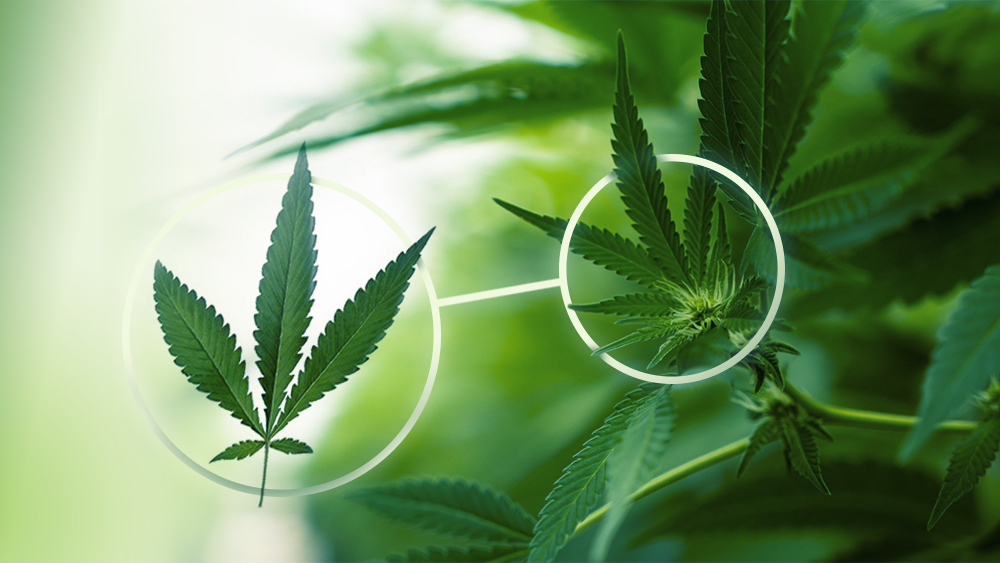 This curious species has lingered in the shadows for too long. Now we’ll give Cannabis Ruderalis the attention it deserves, as it immensely influenced so many contemporary varieties of ganja.

What is cannabis ruderalis?

Ruderalis is a subspecies of cannabis, native to the inhospitable climates of Eastern Europe and parts of Asia (most notably northern Himalayas), where it has been utilized for centuries as an herbal remedy.

It was first classified as a separate species with distinct characteristics in 1924, in southern Siberia, by a Russian botanist D.E. Janischewsky (1).

Considered a wild breed, it is believed to be a descendant of cannabis indica, primarily because both species have similar wide-bladed leaves.

Cannabis ruderalis has acclimated to the harsh weather conditions that other types of cannabis would not be able to endure, and this adaptation has spawned some very desirable traits.

But before we get into genetics, let’s say a few words about the origins of its name.

Cannabis ruderalis got its title because it’s a ruderal plant.

Ruderal species first colonize an area of land after either natural or man-made disturbances, and by doing so they “occupy” that piece of land from other plants, removing them from the equation.

Natural disturbances include avalanches and wildfires, and human disturbances can refer to construction sites, roadways, mining and so forth.

This ruderal characteristic is sufficient to make cannabis ruderalis a genuinely trailblazing plant, but the most fascinating trait of this species is how it enters the flowering phase, unlike any other type of weed.

What is the difference between cannabis sativa, indica and ruderalis?

Just like most flowering plants, both indicas and sativas are photoperiod plants, which essentially means that they begin producing flowers when they receive at least 12 hours of darkness each day.

In nature, this occurs when winter comes and the days become shorter, and indoor growers imitate this change by limiting the exposure to light with precision, in order to end the vegetative stage and trigger the flowering phase.

What separates ruderalis from indicas and sativas is the autoflowering feature. (3)

Cannabis ruderalis doesn’t take a cue from the duration of daily light but commences the flowering phase based on the maturity of each individual plant.

It is hypothesized that the autoflowering trait of ruderalis evolved because of the extremely short summers that occur in the regions where this species originated from.

In addition to being brief, the summers in these regions also experience very long daylight (over 20 hours per day).

These harsh and atypical northern conditions forced the ruderalis plants to adapt, and as a result, we have a species of cannabis that can produce flowers over the course of an entire year.

Ruderalis plants will enter the flowering phase in 3~4 weeks after they sprout from seed, regardless of the duration of light or darkness.

They require anywhere from 10 to 14 weeks to completely develop and are then ready for harvest.

As previously mentioned, ruderalis is a close genetic relative to cannabis indica, and similarly to indicas, ruderalis plants are also short and stocky, with wide light-green leaves.

Ruderalis plants typically grow under two feet and possess excellent resistance to both insects and diseases.

Regarding the yield, they produce significantly less flower compared to sativas and indicas, and the buds are small but chunky.

Similarly to hemp, ruderalis plants are quite low in THC (2), and have great quantities of the CBD cannabinoid.

Consuming purebred ruderalis plants for any intoxicating effect would be completely futile, but they could be used for anxiety, epilepsy and other conditions for which CBD is beneficial.

What is cannabis ruderalis used for?

The most important use of cannabis ruderalis is the creation of autoflowering hybrid strains.

Cultivators began mixing the genetics of sativas and indicas and hybrids with ruderalis in Amsterdam during the early 1980s and found that the offspring exhibits the autoflowering trait of ruderalis while preserving high concentrations of THC from the indica and sativa plants (4).

Autoflowering hybrids also have the flavor profile from indica/sativa parents, while expressing higher CBD levels, which is a ruderalis attribute.

These hybrid strains are excellent for beginner growers as they require much less hassle regarding light exposure, like the light-deprivation methods which induce the flowering phase for sativas and indicas.

Ruderalis hybrids can also be harvested several times during one outdoor growing season, and this makes them the most popular seed choice for amateur growers. Every time you see an autoflowering seed available for sale, know that this particular hybrid is part ruderalis.

Another convenient reason for mixing ruderalis genes with sativas, in particular, is the height. Sativas are generally too tall for indoor cultivation, but ruderalis/sativa hybrids can comfortably be grown indoors.

What is the difference between hemp and cannabis ruderalis?

The main difference between hemp and ruderalis is in what we use them for.

Hemp is used all around the world for a multitude of purposes, including the creation of CBD oil, making fabrics, paper, bioplastic, construction materials, and biofuel. Hemp seeds and hemp seed oil are also used as a nutritional supplement.

Cannabis ruderalis is essentially a wild subspecies of cannabis, and besides mixing its genetics with sativa and indica strains, it doesn’t really have any other commercial use — at least not yet.

Similarly to hemp, ruderalis plants have high levels of CBD and are very low in THC.

Can cannabis ruderalis get you high?

Since ruderalis has very little THC, it cannot cause a typical high, just like other “classic” high-CBD strains of weed.

Obtaining a pure ruderalis strain would also be very difficult, as its current role is the creation of hybrid breeds of cannabis.

Even though cannabis ruderalis has very low levels of THC (~ 2.5%), this percentage is still significantly larger than in hemp, which has around 0.3% THC.

This difference in THC concentrations makes ruderalis illegal in countries where other types of high-THC cannabis are illegal.

How to grow ruderalis?

Autoflowering ruderalis-hybrids are very grow-friendly, as they enter the flowering stage without you having to change the settings of the lighting.

This also goes for outdoor growing, but paying attention to humidity, mold, amount of water, and nutrients is naturally very important.

Because cannabis cultivation is pretty complex (and a bit too long for this article), I will refer you to our indoor and outdoor growing guides written by my colleague Alex (who’s also Greencamp’s in-house growing expert).

Marco Do you believe that CBD'S are a natural pain killer? I love everything Marajauna but CBD'S are not helpful to me.

Hello Eric. The efficacy of CBD greatly depends on the type of pain you're experiencing. CBD products are generally quite useful for treating neuropathic pain and pain caused by inflammation, but for other types it's better to opt out for a product that also has THC and other cannabinoids/terpenes in it.

I have arthritis and neuropathy and I need something for the pain other than pain medication, but don’t know how to find it legal, what can I do.

Well David, perhaps you should resort to other methods of acquiring cannabis.

Hi, thanks and great reading. I need to confirm something - it’s mentioned that the plant will flower in 3-4 weeks and then the next paragraph says “ they require anywhere from 10-14 weeks to completely develop” So is it 3-4 plus 10-14? It’s a little vague? My plant is ten weeks today so I don’t want to miss the right harvest period.

Good read, thanks for the synopsis. Wondering if CBD is typically boosted in Ruderalis hybrids.... any measurements available?

I'm not really sure GreenBee, you'll have to dig around the web.

So the stuffs not just a shorter type of hemp. And if it grows wild I've never seen any of it before but seen tobacco and its light punk trumpet flowers and seed pods.