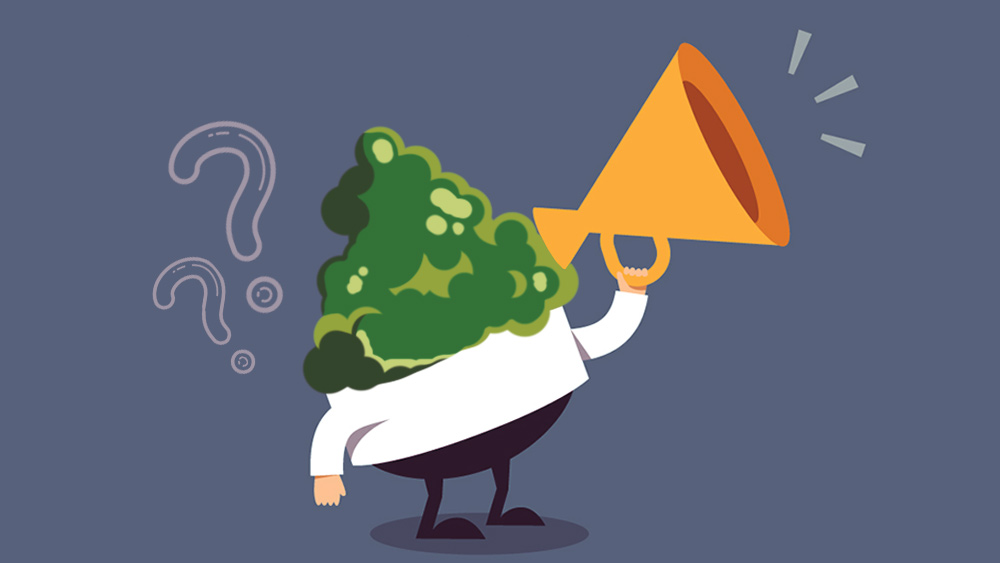 Not all marijuana was created equal.

To novices in the world of marijuana, every weed they come by might be exciting as it’s something new.

But those who have come a long way from their first experiences with cannabis start appreciating the diverse world of marijuana with more mileage.

The more you engage, the more you and those that consider themselves weed connoisseurs know that loud weed is the way to go.

Loud weed, or dank weed, in short, is premium cannabis – the kind that’s potent and pungent, the kind that’s very sticky and that gets you really, ​really ​ high. Think ​Pineapple Express.

But before we take on loud weed, let’s take a closer look at the general classification of marijuana types.

Levels of weed: the importance of love and care

When you first started smoking marijuana, chances are your first joint fell under the category of marijuana commonly known as ​reggie.

This, naturally, depends on your location and age, but for a lot of us, our first contact with pot didn’t happen at a dispensary.

Reggie is a very mild type of cannabis with a characteristic dull, brown or murky, greenish color.

It’s known as the gateway for most beginners because it’s cheap and ubiquitous on the black market.

But soon after getting acquainted with reggie, hopefully, it has been left behind and forgotten, along with other dubious aspects of our past.

However, it’s not the reggie’s fault that it found its place at the lower end of the spectrum of what cannabis can offer. This low-quality, light-weight weed just lacks the care and love that the other, better strains were cultivated with.

Reggie weed is often synonymous with brick weed, the kind of marijuana that was pressed into a brick using a hydraulic press, making it easier to transport in the days of complete illegality in North America.

Although it’s not as prominent in the United States as it once was, brick weed remains common in South and Central America to this day.

In places where legalization has kicked in, reggie weed is more of a relict from the past.

When it comes to reggie weed, everything from the growing of it to its processing results in its lackluster performance. From its low-levels of THC, which often fail to produce a decent high, to the utter dryness – reggie should be avoided at all costs.

Moving up on the ladder, mid-grade marijuana, also known as beasters, is a significant improvement compared to its lower-grade reggie cousin.

Although less vibrant in color than dank weed, mids boast brighter colors than reggie and are usually void of seeds and stems, which are commonplace in cheap marijuana.

Due to a smaller concentration of trichomes, the crystal-like hairs on marijuana that contain the most cannabinoids and fragrant oils, these mid strains are less aromatic and flavorful than their dank counterparts.

And while there is a noticeable difference between mid-grade and premium cannabis, this middle-of-the-road option can be pretty satisfactory, especially due to its lower price-point, making it a nice alternative for when you don’t care to splurge too much on getting a proper high.

THC levels in a mid-range product can vary, but most hover below the 20% mark. In conclusion, although it’s nothing to write home about, mids are cost-efficient and offer a wildly different experience than the lowest of the low – the notorious reggie.

Why you want the really loud stuff

Dense, moist, sticky, full of crystals – it’s not too hard to spot the difference. In other words, most people know they are in the presence of dank or loud weed at first sight, although one of the major giveaways is actually its extremely powerful smell.

Different aromas vary according to strain, but one thing all loud weed has in common is the potency of the odor that seeps through the bag. The strong odor is probably responsible for the origin of the term ​loud weed ​as the smell simply begs your attention the same way a loud noise would.

The sparkly trichomes on loud weed make this type of marijuana a sight to behold.

Ranging from bright green to dark green, with red, orange or purple hues, the vivid colors of loud weed depend on the specific strain at hand. No seeds or stems should be present.

And, obviously, top-shelf products come at a higher price. In the era of legalization in North America, more money is being used for growing high-quality marijuana.

Dank weed is grown in ideal conditions and carefully harvested in order to secure top-notch quality.

Among these premium-grade strains is what is called the world’s most expensive weed – Loud Dream​. This hybrid, which is said to have been sold on the black market for $800 an ounce, is a sativa backcross of the popular Blue Dream.

Aside from its overpowering, intense smell, loud weed also typically features higher levels of THC, which can go up to over 30%, although most are in the 25-30% range.

Since loud weed excels performance-wise, it is a popular choice among medical marijuana patients.

(Sidenote: if you’re feeling a bit overwhelmed by a strong high, check out some tricks on ​coming down from a high quickly​.)

Due to the complexity of dank strains and the special care with which the growers treat them, they could, in a way, be compared to wine culture.

All of the intricacies of the growing, harvesting and storing of marijuana affect the final product in a similar way that different grape varieties are handled to produce wine.

And just as the perfect choice of wine depends on the given situation, exploring the vast world of diverse weed strains will lead you to discover just the right one for your particular needs.

If you’d like to know more about particular types of loud weed, be sure to read our article on the most extravagant strains out there.

The advice given above is highly applicable.

I visit the author has ground knowledge it the topic in addition to some practical expertise. Such kind of info is more beneficial than copypasted blog articles thoughts.