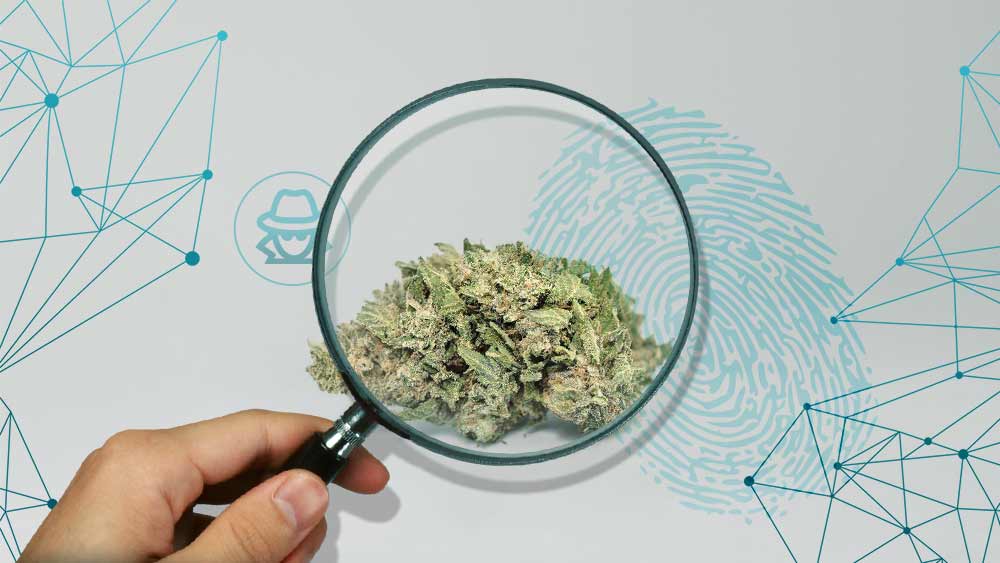 When cannabis was first legalized in Canada, I was super excited to purchase my first legal gram.

But when I saw the strains available at the dispensary, I got confused. Where was the Granddaddy Purple? The Green Crack? Where were all the strains I had come to know and love from before legalization?

Replacing them were new names, like Balance or Rise, which didn’t mean much to me. It was a whole new world, and I didn’t know where to start.

It turns out weed companies actually might have been on the right track when starting fresh with new names for cannabis strains.

While the old names have a romantic allure to them given pop culture references that have accumulated over the years — think Lil Wayne’s 2008 song Kush — some studies have shown that the names sometimes actually don’t mean much.

“Don’t use the old strain names because they’re meaningless,” Dalhousie University assistant professor Sean Myles recommends to cannabis producers. “They’ve been swapped and mixed up and people have been slapping things on packages any way they want.”

Myles, a genetics specialist, led a cannabis strain study in 2015 and came to a surprising conclusion. He found that out of 81 marijuana samples obtained from early licensed producers or nearly-licensed producers in Canada, strains that had the same name were more closely related to a strain with a different name a third of the time.

“[That] would be unthinkable in any other crop,” he said. “You can’t put a Macintosh apple in a bin and label it as Honeycrisp and charge three times the amount per pound.”

But Myles thinks that the pot “marketing machine” is in full force, leading producers to slap well-known strain names on their bud to capitalize on customer recognition.

“People stand to make a lot of money,” he said. “Unfortunately, this leads to inaccuracies and a lot of claims that are simply untrue.”

He calls out the producers that pretend they sell original Bubba Kush — or any other legacy strain — when the data has shown they are “mostly full of shit.”

“The confidence in their strain-naming and strain identity is inversely correlated with their knowledge of genetics,” he said.

Myles points out that no cultivator of a different kind of crop would have as much confidence in the genetic identity of their goods.

You would think with legalization [n Canada] that more stringent rules would be placed on labeling, but Myles says that the government entities that are distributing the products are “going along with it.”

The Evolution of Strains

I ended my conversation with Myles a little shaken up. Is everything I’ve come to believe about weed based on lies? How could this happen?

I needed to dig deeper and get to the bottom of this – for the love of OG Kush. I thought, ‘who better to talk to than someone who actually grows the stuff?’

So I reached out to Kevin Anderson, the master grower for licensed producer Broken Coast. The company is known for its high-quality bud grown on British Columbia’s Vancouver Island and has a couple of legacy strains on its roster. However, they are rebranded with new names, such as “Savary” for Pink Kush.

Anderson says that while Broken Coast has some legacy strains, they might not have a lot in common with others of the same name because of the nature of breeding.

He explains that if you plant the seeds from an OG Kush plant, those seeds will produce plants with a large amount of genetic variation.

“They’re all still OG Kush technically because that’s what the genetics are, but they’re not exactly like [the original plant],” he says.

Anderson explains that unless you create your crop using a “clone” (meaning a clipping) of the original plant, the resulting organism won’t necessarily have the exact same genetics that made that original plant famous, but rather have a successor in the genetic line.

He says the successor will have some similarities with the original, like the citrus smell from a Super Lemon Haze, for example, but there will also be differences.

That’s not necessarily a bad thing, Anderson points out. Breeders can choose specific traits from Super Lemon Haze to make the best version of that strain, with better flavour or potency. Then they can just rinse and repeat to keep upping the ante.

But at what point does the Super Lemon Haze change so much that it no longer can be referred to by its original name?

Anderson says sometimes people do jump on the bandwagon and slap names on strains willy nilly, but at other times their plant may have once been the strain they claim it is but has changed.

This evolution can even lead to new strains, Anderson said.

“Maybe one of [the SLH crops] smells more like melon and they call it Melon Haze,” he said. “That’s how Melon Haze is created.”

So what is a weed user to do to be confident they are getting a consistent product?

Both Anderson and Myles agree that a lack of reliability in naming strains is a concern with medical marijuana.

You take a certain dose of Tylenol 3 and know that it will contain the same dose of active ingredient as the last time you took it. But: how can weed reach that consistency if you don’t even know what you’ve got?

One way to get to the bottom of a strain’s identity is to look at its genetics.

CJ Schwartz founded Sunrise Genetics as a result of this frustration over the shadiness of weed naming. He wanted more data and science put into cannabis breeding, especially concerning strain names.

“The names are ridiculous and dangerous for people considering using [cannabis] as a medicine,” he said.

So Schwartz took his 20 years of experience studying biochemistry and applied it to the bud.

Sunrise offers a 23 and Me-style genetic test for cannabis strains to let you know its ancestry and how it relates to other strains. However, most of the company’s business comes from advising weed producers on how to improve their crops through genetics.

Schwartz says since so much breeding has been done with cannabis over the years, it is tough to find where strains originated. 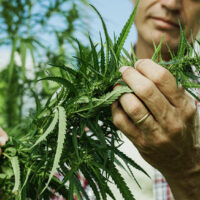 Schwartz says that DNA fingerprinting is “irrefutable,” which makes it a good base for understanding strains. Sunrise will take a few samples of one strain and find DNA similarities between the samples to create a definition of the strain, outline its family tree and find its country of origin.

After years of testing, Schwartz and his team now have a comprehensive database of cannabis genetics, and even provided the first reference DNA sequence of the plant to the U.S. government.

“These are types of tools that other people have had with corn and soy, for example, but not for cannabis,” he said. “We’re finally starting to get some of the tools.”

Schwartz has also set up a Cannabis Research Consortium, which will see 15-20 cannabis researchers from around the world meet every year in San Diego to share their work.

He says sharing resources could lead to new cannabis discoveries — the group is already working with Cornell University and Colorado state on a way to screen plants for differences quickly and cheaply.

“[We’re] trying to strengthen the scientific facts to take [cannabis] out of the joke category,” he said. “Marijuana can help a lot of people in different ways.”

It may be easy to picture strains getting mixed up in the illicit market with any name-of-the-day being slapped on a baggie of bud, but we’re now post-legalization in Canada— and things have tightened up.

It is now mandatory for legal, licensed producers to track their cannabis products from seed to sale. This means that producers know beyond a doubt that what they’re selling is the batch they claim it is, and can even recall a bad batch once it has gone out to consumers if they need to. This is a similar situation to the quality control systems in place in the food industry.

Anderson said in the legal market you have to “track everything, constantly.”

“There is definitely more accountability and traceability in the legal market concerning the genetics,” he said.

Proprietary names for new strains, while not as blingy as the old names, also help in assuring that the strain is what it says it is, rather than a mythological entity that is hard to define.

I’ve found myself sometimes craving these new strains, such as “Balance,” after coming to know them and finding my favourites.

Nice article Eric. Great job at presenting the problem (meaningless naming) and the solution (a simple rapid cheap DNA test). Furthermore, a method to differentiate varieties/strains is huge for finding new varieties, and combinations of varieties, that are very symptom specific. Understanding the DIFFERENCES among strains is key to breeding something new.One last comment, Dr. Anderson nicely summed up a major hurdle; it is tough to get a reliable phenotype with seed due to genetic variation. We therefore will breed inbreed seed, which increases consistency, but can also lead to a loss of vigor (inbreeding depressions). It is a balance, and additional research is necessary to maximize the potential of Cannabis.

Uncle Duke:The headline is never answered. This is totally misaligned and a 2 star WTF?