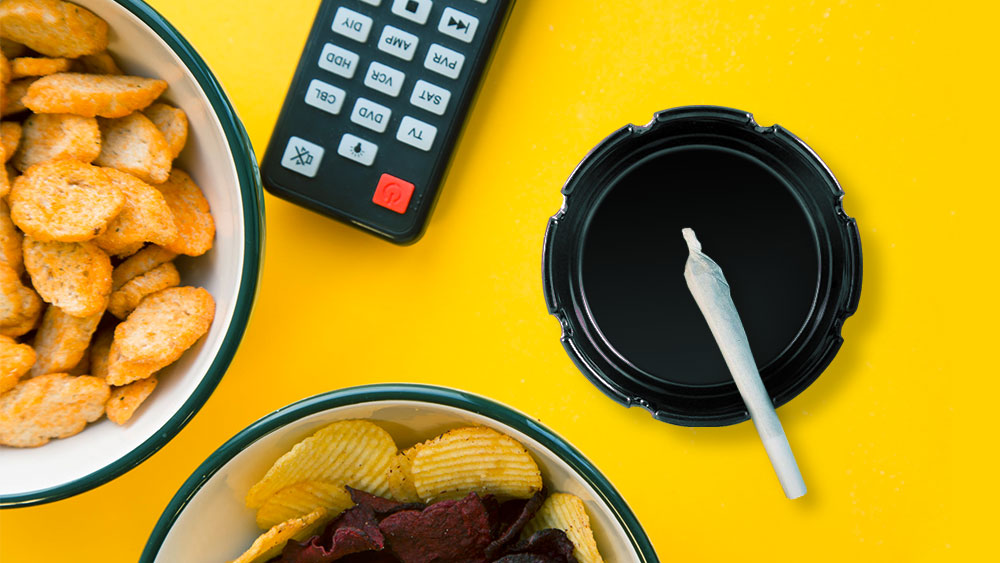 In the fall you can always find me wrapped in a blanket, sipping a warm cup of tea, smoking a joint and binge-watching TV and internet shows.

While ransacking the web for some new interesting shows to spend countless chillout hours on, I noticed something new—a record number of weed shows started to appear on almost every streaming platform.

As cannabis patiently started entering the mainstream during the last decade (especially in the last couple of years), cannabis-related shows also started blooming everywhere: From Netflix, MTV and even CNN.

To aid you on your quest, I assembled a list of 11 best television and internet shows about marijuana, because sometimes when you get high you want to watch something about pot at the same time.

Weeds is one of the first shows to question the stigma surrounding cannabis, and one of my personal favorites.

It literally brought marijuana to suburban neighborhoods, both on and off screen.

After her husband suddenly dies a single mum starts dealing weed in the suburbs of Los Angeles in order to support her family.

In 2005 (when the show first aired) the viewers were really shocked upon realizing how much everyday people consume cannabis.

Weeds won several awards, and even a Golden Globe for the Best Performance by an Actress in a Television Series – Comedy or Musical category. Even though it ended in 2012, it is still quite relatable.

28-minute episodes last just about right to keep your attention.

It will surely make you laugh, but will also make you ponder about your morals and ethics, especially in times of hardship.

Even the big Netflix decided to get into the cannabis business when they realized it was a perfect time for a weed-related sitcom.

To make it come to life they ordered a comedy show from Chuck Lorre and David Javerbaum. But, did it pan out?

The storyline revolves around employees and their customers: a grower who talks tenderly to his plants, a security guard struggling with PTSD, a housewife who found an escape from her everyday mundane reality with cannabis, and also Dank and Dabby, two regular customers who are off-the-wall hilarious.

Unfortunately (or not), the show got canceled after two seasons but it still might be worth checking out. 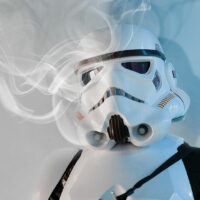 From a web-show to HBO, High Maintenance truly came a long way. The big transition happened in 2016 bringing this cannabis culture show to the mainstream.

The plot twirls around an anonymous Brooklyn pot dealer named Guy who is played by one of the creators Ben Sinclair. The other creator is his ex-partner Katja Blienfield.

The rest of the characters are various people that Guy delivers weed to, and each episode features a new set of customers.

In fact, the main goal of the show is to break the stereotype of a “typical stoner” by introducing the audience to the private lives of different cannabis consumers in a comedic and somewhat artistic fashion.

High Maintenance also approaches some social issues that aren’t that related to cannabis, so it will definitely make laugh and think at the same time.

Snoop Dogg has been an avid cannabis supporter since the beginning of his career (and probably long before that), so in 2016 he decided to enter cannabis-related showbusiness.

Unfortunately, Snoop didn’t have much luck with producing Mary + Jane, as MTV decided to pull the plug after just one season.

The plot: Jordan and Paige are roommates in LA working their way into an all-female weed delivery business, but of course there are numerous obstacles on their path to success.

Although the ratings didn’t satisfy MTV, when you’re in a mood for some laughter, this could be your 20-minute solution.

The High Court with Doug Benson

Practically every television network has its own weed show, so why wouldn’t Comedy Central have one too?

The show follows Judge Dough who is played by the comedian, actor and cannabis advocate Doug Benson, as he gets stoned and rules on petty court cases.

Each episode is quite short, and usually follows two sides who’ve already agreed to have the case settled. Both sides elaborate, and afterward Judge Doug goes to his chamber, gets high and begins deliberating. All decisions rendered are highly binding.

Benson commented on the show: “I want to show that when someone’s high, that doesn’t change their morals”. And I really think he struck a nerve here.

The humor of The High Court is surreal, and I guarantee you won’t be able to stop laughing.

Food and weed… The perfect match!

Infusing food with cannabis isn’t something new, so why not make a show out of it?

In every episode, Abdullah and his team invite one famous chef to prepare a meal with a special ingredient—pot.

If you enjoy cooking (and even if you don’t), this show might give you some fresh ideas for preparing new interesting meals, or even some suggestions on how to host a proper dinner party for your friends.

Broad City started off as a web series but ended up on Comedy Central.

The actual creators of the show Ilana Glazer and Abbi Jacobson play the two stoner girls trying to make it in the Big Apple.

Ilana is a hedonist, the one who likes to avoid working whenever it’s humanly possible. Abbi is following her dreams and is actively trying to create a career but somehow always gets involved in Ilana’s crazy schemes.

Once it was transferred to Comedy Central, the show started performing really well, with more than 1.2 million viewers per episode, but the ratings dropped pretty quickly.

Unfortunately, the show will stop airing after season five.

However, Broad City is not a classic weed show per se but follows two girls who simply love cannabis.

Cooking on High is also a cannabis cooking show, but quite different from Bong Appétit.

It is actually a peculiar culinary competition where expert chefs prepare intricate meals (and adding weed to them of course).

The judging panel consists of weed enthusiasts and advocates, who try out all the cannabis-infused goodies and get really faded in the process.

In a nutshell, they are getting a bunch of celebrities high on Netflix.

Besides the whimsical hosts – a YouTuber and vlogger Josh Leyva and comedian/activist Ngaio Bealum, other famous weed internet influencers make an appearance on the show: Mod Sun, Heather Pasternak, Ramon Rivas, Sam Jay, Chris Cope and many others.

We still don’t know if Cooking on High is coming back for season two, but if you’re up for a short-format cooking show and need some ideas for making edibles and weed-infused meals for you and your friends, I strongly suggest you give it a shot.

Also, on the official Cooking on High website, you can find all the recipes that they prepared on the show.

American Weed is not just some random TV show. It is a National Geographic’s short documentary TV series containing 8 episodes about the “green rush” in Colorado, the current cannabis capital of the United States.

Colorado legalized recreational cannabis back in 2012, but even before that medical marijuana had a massive impact on its citizens.

Despite the legal status of pot in this state and the illegal status of cannabis on a federal level in the US, there is still a lot of scrutiny surrounding weed in Colorado, and dispensary owners continue to fall victim to tedious police raids.

It is a powerful inside story and shows how one state can profit and benefit from cannabis on so many levels.

Like many cannabis-related shows, Weediquette also began as a web-show and got transferred to Viceland in 2016.

A journalist named Krishna Andavolu explores cannabis culture in general, but also the medical and economic aspects of our favorite herb all around the globe.

His critical approach to cannabis is something that truly brakes the norms.

Krishna doesn’t just talk about smoking and chilling; he investigates other relevant ethical issues such as treating infants and children with medical marijuana, parents and injured athletes who consume cannabis, and much more.

Weediquette is education combined with entertainment. What more could you ask from one show?

If you are a fan of Narcos then you’re gonna love this brand new show on Netflix made by the same creators and producers. Narcos: Mexico is a crime drama inspired by real events that had a huge impact on the entire “war on drugs” which we’ve been witnessing worldwide for several decades now.

I don’t wanna be a spoiler because this is something definitely worth watching, so here’s a very brief synopsis.

Back in the 1980s, the Drug Enforcement Agency was still a “toddler” federal bureau with very little credibility. A DEA undercover agent decides to relocate his whole family to Mexico to gather intelligence on Félix Gallardo a.k.a. El Padrino, a Mexican drug lord and the founder of Guadalajara Cartel who controlled all of Mexico’s drug trafficking in those days – weed included. This is where things get complicated…

Narcos Mexico helps us to better understand why the “war on drugs” still hasn’t ended to this day.

I’ve been looking forward to this for some time now, and hopefully, it will fulfill my high expectations.

B-Real from Cypress Hill and a group of master cultivators joined forces with breeders from DNA Genetics and Prohbtd Media to make a reality cannabis-growing show.

Just like Pimp My Ride in the early 2000’s, the hosts will travel across the US to upgrade other people’s amateur growing chambers into professional indoor/outdoor facilities.

The first seven episodes will be distributed on a number of streaming platforms, and I’m really looking forward to picking up some new interesting growing tricks along the way.