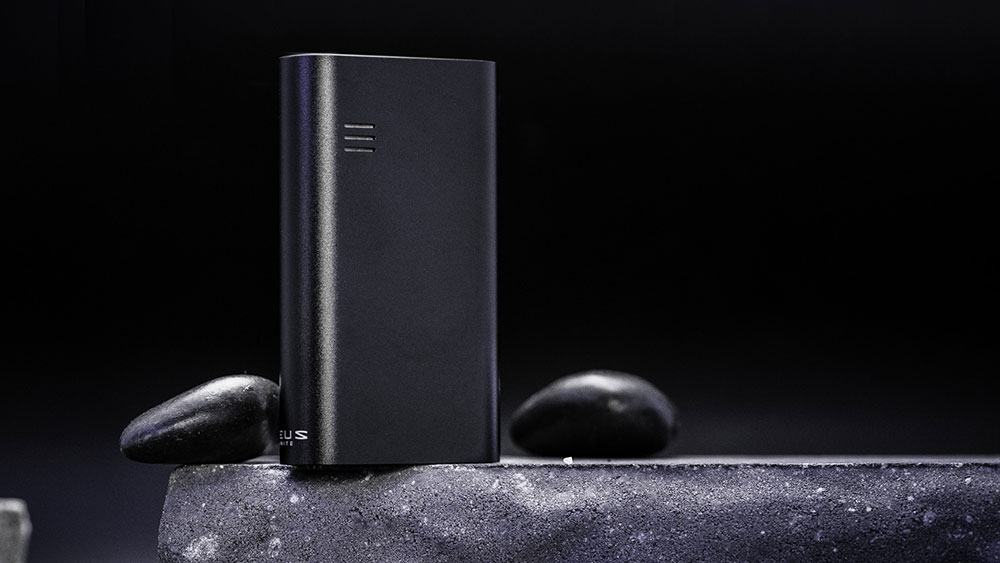 ZeusArsenal is a three-people company from Toronto Canada, and the Smite model is the first vaporizer these guys made.

This might sound somewhat subjective but I sometimes prefer to buy from smaller manufacturers, especially if their product is proven to be adequate. Big companies tend to rely heavily on marketing and fancy design, while smaller businesses don’t have that monetary advantage. Which means that, in order to make it, they need to know their stuff.

So, since ZeusArsenal managed to disturb the market, that prompted me to see how they managed to do that.

Let’s see what can the Zeus Smite vaporizer bring to vaping connoisseurs.

What’s in the Zeus Smite box?

Besides the vaporizer itself, Zeus Smite comes with all the usual accessories, which include:

With the duration of approximately three hours on a single charge, for a vaporizer of this size and price, this battery life is truly brilliant.

The battery of their competitors (within the same price range) is usually much smaller, so you can really depend on your Zeus Smite not to die on you when you need it the most.

This device only allows for the regular power-socket charging, but that doesn’t seem like a downside when we consider its long battery life and pricing.

Zeus Smite is capable of vaporizing only dry herbs, but for this amount of money that’s definitely not a minus.

It has a ceramic vaping chamber which evens out the temperature beautifully, but the chamber itself is quite small in size and requires the user to frequently place new buds, especially if they’re vaping with a couple of people.

There are about four to five hits before the entire chamber gets completely depleted. This technical imperfection is fairly compensated by the extended life of the battery.

As previously mentioned, the Smite model has three temperature presets (196°C blue light, 204°C purple light, and 212°C red light), which is quite nice, but not necessarily fine-grained.

These three settings allow you to easily decide what type of vape you want to inhale, ranging from a “lighter” vapor, to the thicker more potent vapor. In my opinion this type of temperature control is geared more towards beginner to intermediate vapers.

Because of the price range you can’t really expect the Smite to perform in the same manner as the vaporizers which sit on the upper echelon of this particular market, but for the money invested you can get a seriously decent product.

The vapor flow is completely direct as the vaporizing chamber sits just below the mouthpiece, which, because of the proximity, can produce a vapor that can be a bit too warm for some users.

As you get two mouthpieces in the set, in my opinion the glass one cools the vapor much better than the silicone one.

Thickness of the vapor depends on the temperature preset, as higher temperatures vaporize the buds more quickly and thus the vapor is warmer and thicker.

The flavor and harshness of the vapor mostly depend on the buds that you’re consuming, and the ceramic chamber is there to ensure that the entire flower will evaporate evenly.

This vape has a sleek and robust appearance, and in my opinion has a certain industrial feel to it, which I like a lot.

The outer surface is made out of anodized aluminium, which has a mat-like finish.

The edges are curved, which allows for a tight and comfortable grip (in both your hand and your pockets), and the compartments where the mouthpiece is placed and where the heating chamber is located are discreetly concealed on both ends by sliding doors.

The ceramic chamber has a handy LED light for a better view when you’re placing your pot in it. Another cool feature is the “Z” shaped ventilation, which lights up when the device is in use.

The parts themselves fit great, there’s no extra space, and the overall sturdiness and engineering give out a sensation that the Smite model can withstand quite a lot of wear and tear.

How to use Zeus Smite

Its simplistic design makes Zeus Smite vaporizer quite user friendly, and the Smite has only one button which controls both the power and the temperature setting.

Before you begin your vaping session, it’s best to sterilize your vape, getting rid of any unwanted particles and smells that might have stuck in the chamber from the manufacturing process.

This is achieved by turning the device on by clicking on the button five times in a row, and leaving it to heat the chamber for a couple of minutes. This process should be repeated for three times consecutively.

Once all that is finished, the first thing that you need to do is to get the mouthpiece from the compartment which is located on the lower side of the device, place the bud inside the chamber, and screw the mouthpiece onto it.

After that, turn the device on (click the button 5 times consecutively), which will cause the button to start blinking blue.

If your device’s battery is full, after about 20 seconds it will turn solid blue, making it ready for vaping. If the light continues to blink, that’s a sign that the Smite requires additional charging.

To change the temperature setting hold the button for three seconds (after it’s already been turned on), and the color will turn solid purple. The same goes for the maximum temperature, where the light will turn red.

As I mentioned because the chamber is relatively tiny, and will allow around 4 to 5 puffs for each filling.

To turn the device off, press the button five times, the same way you turned it on.

As this device is relatively basic in both construction and functionality, the feature that makes it standout is definitely the battery, as it allows for a whole lotta vaping on the go.

This may not be much for the sluggards out there, but for the active outdoorsy stoner this feature makes the Smite model a proper way to go. 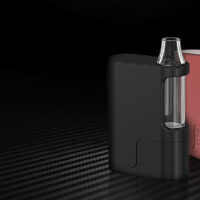 At the cost this vaporizer works. It's easy to use, warms up rapidly, holds its charge and conveys great flavor profiles. The features I liked are the light in the bowl which enables you to see when you load, empty or finish, the shape or the glass mouthpiece and how it tends to be put away inside the unit. Things I would change: the packing tool needs a bigger surface, only thing I wish it had a battery life indicator but still it has LED light warning to indicate battery life

Thanks for your input David, and I completely agree about the packing tool surface :)