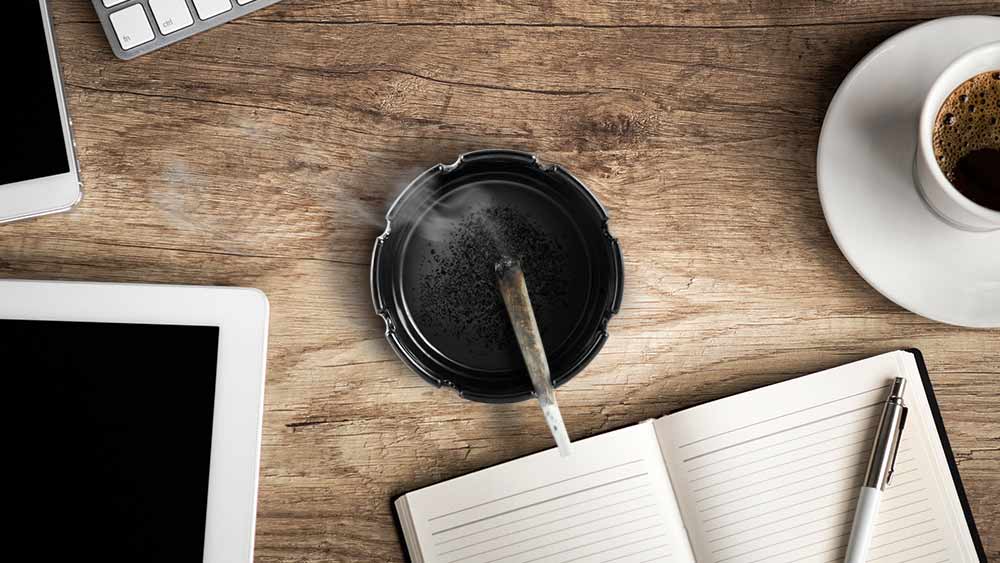 It was my first day at a new job and nerves were running high. Then came the moment — my boss asked if I wanted to go outside and smoke a joint.

My eyes lit up and I had to do a double-take. Smoke a joint at work? Is this even possible? Where am I?

As cannabis becomes increasingly legal around the world, its role in offices is becoming a question more companies will have to address.

A survey done in October by HR company ADP found 86 percent of employers in Canada don’t allow cannabis at work, but eight percent do — that’s nearly 1 in 10 companies in the country.

For me, I quickly found that cannabis plus work did not equal productivity, but for others, cannabis is more of a medical necessity that they need to focus.

If the CEO of a company uses weed medically, what rules do they give their employees without being a hypocrite?

The rise of cannabis-friendly offices

Jeremy Jacobs is the CEO and co-founder of Kentucky-based cannabis education company, Enlighten. Enlighten provides educational cannabis content to over 1,000 dispensaries across the U.S. and other countries.

Jacobs has extreme anxiety ever since a traumatic event in his life 15 years ago that provides what he labels a constant sense of impending doom.

He tried Xanax and Valium to keep the anxiety under control, but said that it just left him feeling like a zombie.

But with some experimentation, he found that microdosing cannabis provided him the relief he was looking for — and also made him more productive at work.

“There’s not a person on the planet that knows me that wouldn’t say since Jeremy’s been on his vape pen instead of Xanax or Valiums, he’s a remarkably nicer and more productive human,” he said.

Jacobs says most days he’ll take a very measured hit of cannabis from his vape pen while at work — about a one second puff — whenever he feels anxious.

He says that he doesn’t actually get high or have psychoactive effects from the hit since he makes sure it is a low dose, but it is enough to tackle his anxiety and allow him to get work done.

Jacobs’ need for cannabis has shaped his company’s attitude towards the drug, he says. While there is no official written policy on cannabis use at work, there is a “word of mouth” policy where he allows similar microdosing, but not heavier use just for the sake of getting high.

“There’s a tolerance I believe in the workplace for micro-dosing,” he said, mentioning that that tolerance is much more prevalent in smaller companies than larger corporations, and especially in the cannabis industry. “When [cannabis is] used in some medicinal fashion, we’re very much open to those things.”

Speaking to other CEOs, it seemed that the founder’s need for cannabis was an impetus for the whole company’s approach to the drug.

Max Simon is the founder and CEO of cannabis education company Green Flower, based in Ventura, California. He also uses cannabis medicinally, but this time to treat ADHD. Simon takes a 3 mg dose of THC tincture three times a day, which he says allows him to focus and be more productive at work — but again, not enough to get high.

“Giving myself permission to use this plant during work every day has dramatically improved my performance and my success and my impact at, really, every single level,” he said.

Simon went a step further than Jacobs, though, and has recently incorporated cannabis use into his company’s policy.

He says the policy outlines that employees must use cannabis for medical or wellness reasons, have a medical recommendation and sign a commitment to have “impeccable personal responsibility with their dose.”

Simon guesses about 25 percent of his employees will take advantage of the policy.

“It’s a little scary to break into these kinds of places of policy in an organization,” he said, noting it could open the company up to new liabilities.

“But it would be hypocritical of us not to acknowledge that people like myself are using cannabis therapeutically to improve their performance at work. So enacting a forward-thinking cannabis policy that acknowledges the benefits that can come from that kind of policy are an important place for us to grow into.”

Simon says the company is currently setting up a system to ensure people won’t abuse the policy, such as giving people strikes for bad behavior, regularly reviewing people’s performance and if need be, firing someone whose performance is lacking possibly due to cannabis use.

Employers in Ontario must accommodate someone if they need cannabis for a disability, so in some ways, Jacobs’ and Simon’s policies to allow medical cannabis in the office is not such a wild idea.

Lisa Kay, founder of the HR consultancy company, Peak Performance HR, says employees asking for accomodations to allow medical marijuana is becoming more and more common, but because it is so new, employers are a little unsure of how to handle it.

She says that employers can’t discriminate if a potential hire needs cannabis to treat a medical condition, and can deal with performance issues down the line if they pop up.

The danger comes when recreational cannabis is allowed, Kay says.

In Ontario, recreational cannabis is not legal in enclosed offices and is treated similarly to cigarettes — you can’t just light up inside.

“The company would be liable for any kind of health and safety issues that might arise because somebody was impaired at work, for example,” Kay said. “Different people will experience weed differently … [If] somebody ended up on the floor, [the company] might have a lawsuit.”

Jacobs, though, says he isn’t too worried about being liable since his employees are working desk jobs, not doing dangerous work, and because he puts an emphasis on microdosing to avoid people becoming too impaired.

Kay also says that cannabis could be used as an excuse by employees who are underperforming — that workers can say, of course their work isn’t great because their employer allows weed at the office.

Kay says it would be hard for an employer to retaliate to such a point.

Simon said there have been instances when one of his employees did get too high at work.

When I was working at a weed-friendly office, I certainly did not refuse the offer of a puff of a joint, even though I had a sense that I wouldn’t be able to perform my job effectively afterwards.

In the back of my head, if my boss is offering me the joint, isn’t it their responsibility if I can’t work afterwards?

“I just think there’s so many questions that are unanswered still about [cannabis], that it would probably not be the wisest move at this point [for employers to allow it],” Kay said. 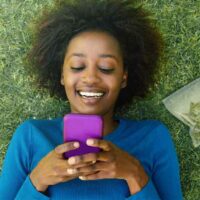 10 Best Weed Memes Walk You Through a Stoner’s Day

With cannabis becoming more accepted and even, dare we say, trendy, could it actually become a selling point for a company to attract new talent?

One founder and CEO of a weed-friendly design studio and tech startup in downtown Toronto says that the key to including weed in your office, especially recreational cannabis, is authenticity.

They asked to be anonymous for this article, so let’s just call them Mr. Pink (they requested a name from the Quenton Tarantino film Reservoir Dogs).

Pink says if companies are advertising they are weed-friendly to appear more cool or trendy, it could backfire on them.

“You’re not cool if you’re saying you’re cool,” they said. “If a company advertises they are weed-friendly, it’s almost like they’re desperate to get people in who smoke weed at that point. So it becomes fishy, it becomes suspect.”

Pink also says that advertising cannabis use could alienate those who don’t like to consume cannabis.

Instead, Pink says it is better for cannabis use to come from a more authentic place, such as if a company really resonates with cannabis culture. That could work well for a company in the cannabis industry, Pink notes.

“Some people will [be in the cannabis industry] for the pure business, of course, but a lot of people will get into it because they love the culture and they love the life,” they said. “And then by all means, of course, the office is going to resonate with that or otherwise the company’s just not going to stand for anything authentic.”

Both Jacobs and Simon say that cannabis is definitely a part of their company culture and employees will share a joint after work similar to how they might a beer.

Cannabis use at work can even invite more creative ideas that can be valuable for companies, Pink says, because it can act as a social lubricant, and “conversation invites creation.”

Pink himself got the idea for their tech startup while high and eating dim sum with their friends, where the conversation shifted to a problem that didn’t have a solution at the time, so Pink decided to create one.

They said that cannabis can help eliminate self-doubt, which is the arch-nemesis of creativity.

Pink thinks office cannabis use could one day be more common as cannabis’ stigma gets erased and people understand the drug can act as a medicine rather than just to get high.

“It’s hard to shift that public perception, but as more people get first-hand experience and see its medicinal effects, I definitely think the perception will shift,” they said. “But I don’t think it’s going to be overnight.”