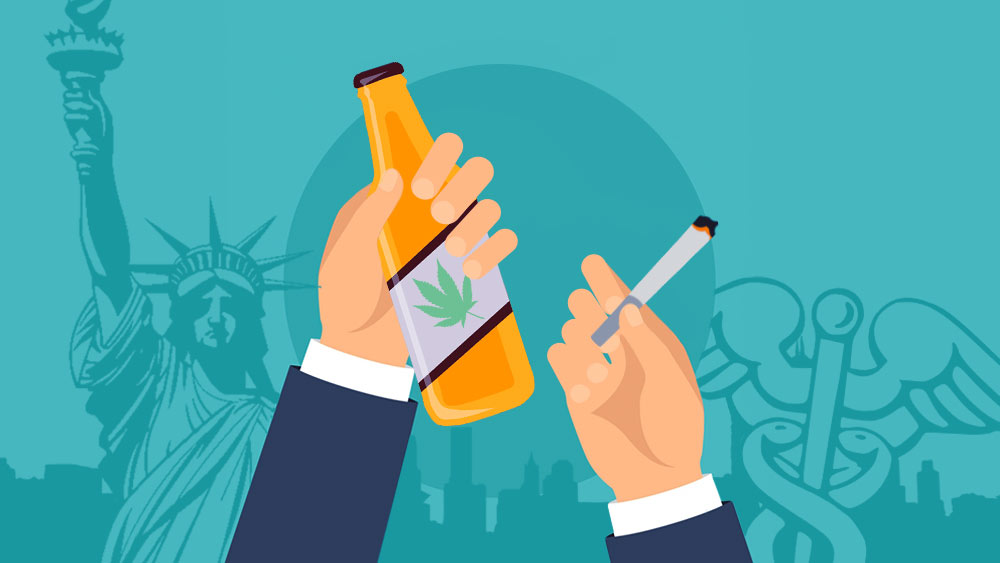 New York Governor Andrew Cuomo’s advisor on marijuana policy said this week the Empire State could legalize weed in April of next year with a bill that would serve as a model for other states looking to allow recreational pot in the United States.

Axel Bernabe, assistant counselor to Governor Cuomo, was a guest on the Under The Canopy series, recently launched by Canopy Growth, where he discussed cannabis legalization efforts in New York. According to Bernabe, a bill to legalize marijuana will be introduced through the state budget in January again, while he expects legalization to take effect by April.

As New Jersey appears ready to legalize marijuana this November, Bernabe said the Cuomo administration has been watching its neighbor “closely.”

“We’re watching New Jersey closely. We’ve always been confident that we’d get to this before New Jersey, so if they pass the referendum they still have to have an agreement between the governor and the Senate over there,” he said.

“If New Jersey can beat us to it, they’ll get a gold star but I still think we’re gonna set the model for this,” Bernabe added, referring to the bill’s social equity provisions, among other things.

During the interview, Bernabe also said that New York has been monitoring how legalization has been unfolding in Vermont, Maine, and Massachusetts, but has also consulted with states on the West Coast, where the legal pot industry is larger and more developed.

Regarding hemp, Cuomo’s advisor said the state will release its guidelines and regulations for CBD consumer products early next year as well.

“Those products are already out there, so there’s no sense in pretending they’re not,” Bernabe explained.

For this reason, the governor and his team have been working on guidelines, which will include maximum dose per serving labeling and warnings about potential THC content in various hemp-derived products. New York has copied a lot of Florida’s hemp regulations while crafting its own policies, Bernabe stated, before telling Canopy Growth’s David Culver that the administration is currently putting the finishing touches to the guidelines.

Although Governor Cuomo promised his state would legalize weed soon, marijuana legalization was left out of the New York state budget for 2020 due to the coronavirus pandemic, which hit the state particularly badly earlier this year.

Cuomo previously proposed working in conjunction with the neighboring states of New Jersey, Connecticut, and Pennsylvania on coordinating a recreational marijuana system for the region.