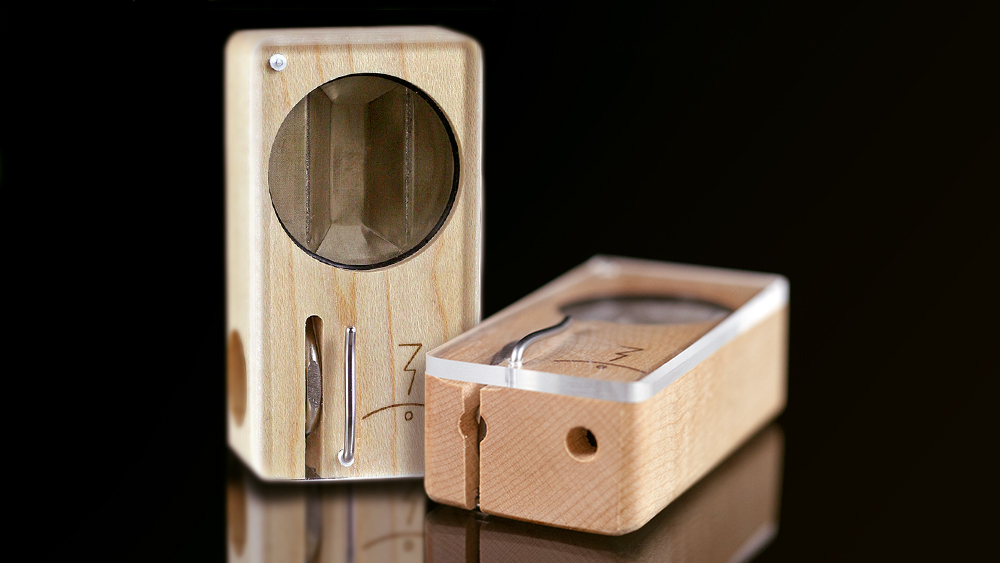 That’s why the guys at Magic-Flight set out to create the Launch Box. A product made to break the monotonous design spell that’s been cast over this surging niche.

With its authentic design, impressive portability, and affordable price, it quickly became one of the most sought after weed vaporizer gear on the market.

What’s in the box?

Since the Launch Box is all about portability and ease of use, you’re free to start vaping as soon as you open the box. Here’s what’s included in the package:

More often than not, manufacturers don’t provide their customers with a basic kit needed for using and maintaining the product adequately. But not Magic-Flight. They march to the beat of their own drum.

Though their customer-orientated policy makes a lasting first impression, let’s find out what else makes this weed vaporizer a device worth investing your hard-earned cash in.

Combining a minimalistic design with the use of renewable wood makes a recipe for success. Though some might see this weed vaporizer as nothing more than a wooden box, the fact is, it’s a work of art. At that, it’s a pocket-friendly, super portable work of art.

Depending on your taste, you get to choose between three different wood types: Maple, Cherry, and Walnut (the latter is the hardest to find due to high demand).

The herb chamber is carved into the box, and it’s relatively well-sized, covered with an acrylic lid that can be slid open with ease. The most significant advantage of having a transparent lid is that it allows you to keep track of how much weed is left for you to smoke.

Apart from the trench, you can also find the air intake hole, draw hole, and the battery port carved into the wooden body.

The provided mouthpiece (or stem) which goes into the draw hole is also acrylic.

If you look closely into the trench, you’ll see a small stainless steel mesh screen linked to two metal rods. When you put in the battery, it makes contact with the two rods, thus producing the heat necessary for vaporizing.

On a side note: try not to tamper with the screen as it seems fragile, and is the only component of the device that doesn’t feel well-built.

Since we’ve mentioned it, it’s important to note that the Magic-Flight Launch Box uses the good old AAs instead of more commonly used 18650 batteries. Until now, no other manufacturer has used rechargeable AA batteries in their weed vaporizers. However, there are both upsides and downsides to this implementation, one major downside being that the battery life isn’t all that great.

All in all, the Launch Box is beautifully designed, and more importantly, it feels very sturdy. Given that it’s reasonably priced and inexpensive, it doesn’t feel cheaply built. For that alone, we have to give Magic-Flight props.

Also, it takes quite a bit of craftsmanship to build a vaporizer with virtually no electrical constituents. 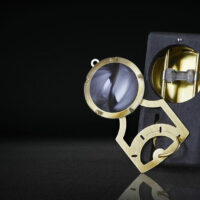 User’s guide: How to use Magic Flight Launch Box

To showcase just how simple it is to use this vaporizer, here are all the steps you need to follow to get the best vaping experience from the Launch Box:

Most vapes take up to two minutes to heat up, whereas the Launch Box takes no more than 10 seconds. Apart from the unique design, this is probably its most significant advantage over the competition.

What about the performance?

The most commonly heard complaint about this device (and I can also vouch for this), is the steep learning curve. You need a fair bit of skill to use this vaporizer.

Of course, after a few potentially failed experiments, you’ll get the hang of it. It’s not that difficult, but it’s not very straightforward either.

For example, to get the vapor and the taste you’re looking for, you have to grind your weed as finely as you possibly can before you place it inside the trench. That’s why Magic-Flight recommends using their Magic-Flight Finishing Grinder.

Keep in mind, however, that the Launch Box is made only for vaporizing dry weed flowers.

When finely ground, the surface area of the herb increases and that helps the vaporizer produce the best possible result. However, towards the end of the session, you might experience a slightly burnt taste. That can happen when the herb gets in direct contact with the heating rods.

The thing I absolutely love about the Launch Box is that it allows you to enjoy a brief vaping session with just a dash of weed (0.1 g). From my experience, you can get up to 8 decent draws from such a small amount.

Here comes the tricky part. To achieve peak performance, you have to adhere to one of the two following drawing techniques:

Given that the Magic-Flight Launch Box doesn’t really belong to the list of top vaporizers, the vapor quality isn’t all that exquisite. The smoothness isn’t quite there, but the potency is. So, don’t think for a second that this thing isn’t capable of getting you high.

There’s one last thing you should know regarding the Launch Box’s performance. During your vaping session, it’s necessary to stir up your herb now and again. The best way is to use the backside of the Magic-Flight brush you get with the vaporizer.

How to Vape Weed for Beginners (Quick Guide to Smarter Vaping)

The good, the bad, and the ugly

Before we give our verdict on whether the Magic-Flight Launch Box is a vaporizer worth buying, let’s briefly go over its main upsides and downsides:

To buy or not to buy?

In the end, it all boils down to personal preferences.

Sure, there are better and more sophisticated weed vaporizers out there. However, not all of them are as portable and easy to maintain as the Launch Box is, let alone as unique.

Also, it requires some practice before you get accustomed to the drawing techniques that work with how the device operates.

Given that it’s a bargain (when compared to the other vaporizers on the market), we’d strongly suggest investing in this product. The Magic Flight Launch Box vaporizer is truly one of a kind.