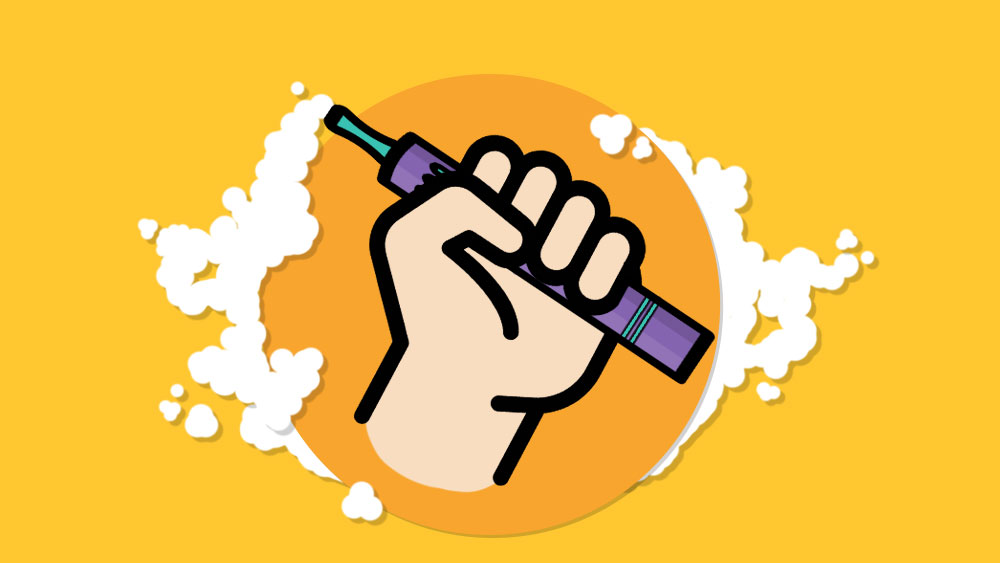 Now that cannabis is legal in Canada, you should get a firm grasp on all aspects of vaping. Today we will learn how to vape weed, what it’s like to be high and how long does a high from vaping last.

Given that weed is now legal, first-timers ought to learn why vaping may be one of the best ways to consume weed.

Up until recently, marijuana was mostly used in the form of a flower. Every now and then someone would come through with a little bit of hash, but that’s as far as diversity went.

People only used to smoke weed in pipes and joints.

Nowadays, we have way more diversity both in the product and in the consumption departments.

Not only are pipes and joints more present than ever before, but now we have bongs, blunts, electric dabbing tools, and vaporizers. 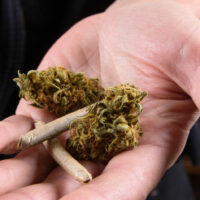 Blunt vs Joint — How Are They Different? (Comparison)

Vaporizers (sometimes called vape pens) are the newest trend in cannabis consumption. In short, they are the least harmful way to inhale cannabis.

Even though certain papers might say that vaporizing is healthier than smoking, we all know that inhaling neither vapor nor smoke is healthy by itself. We’re not here to debate that.

Instead, given that vaporizers are a very new trend, we’re here to explain how they work and how to vape weed in the healthiest way possible.

Read: 12 Best Vape Pens for All Types of Vaping

How does a vaporizer work?

Vaporizers work by heating up plant material into vapor. That vapor then rises and is inhaled through the mouthpiece of the vaporizer. 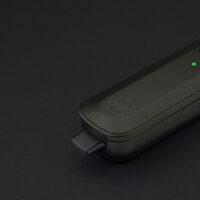 Not all vaporizers work the same, as there are two basic types.

The most popular vaporizers are vape pens. However, there are also desktop versions which are only for stationary use.

Some vaporizers work by heating up the air below the plant material. That hot air then goes around and through the weed which releases THC, CBD and other cannabinoids in the air.

Others heat up the weed directly through a heated surface, such as a metal plate or a chamber. Once the weed touches the hot surface, it releases cannabinoids into the vapor.

How to vape weed?

These machines are quite big and they require a power outlet.

You set them up on a table or some type of flat surface. Depending on the model, they either make use of a small hose or a plastic balloon.

The hose is used to inhale the vapor directly from the vaporizer, while the balloon gets automatically inflated, and then you inhale from it.

To vape weed, put the weed into the chamber, or on the surface which gets heated.

Set the plastic bag/hose, plug in the vaporizer into the power outlet and turn it on.

Select the desired temperature and give it a minute or two before starting to drag the vapor in.

Below is a great video on how to use a desktop vaporizer: 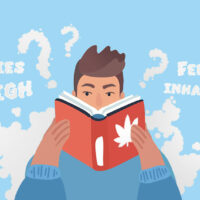 Smoking Weed for the First Time? Here Is Everything You Need to Know

How to use a vape pen?

Vape pens are much simpler to use. If you’re familiar with the e-cigarette concept, this is pretty much the same thing.

You charge the battery and once it’s full you fill it up with your desired material.

However, every vaporizer is different, so you better read the instructions in order to learn how to use your vape pen. They are small (or pocket-friendly) so they have very specific ways of turning on and controlling the various features.

Most vape pens are just for weed, but some vape pens can be used for cannabis concentrates as well. Check that in the instructions as well, or call the manufacturer. 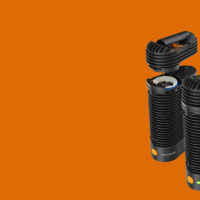 How to make your own vape juice?

Making your own vape juice isn’t that hard. Electronic cigarettes that have a detachable lid can be used for vaping weed. You just need to have some cannabis extracts such as hash or BHO.

In order to make your own vape juice, turn on the e-cig and put the extracts in.

Put a small piece of the extract in the chamber. If it doesn’t fit, break it down or shape it so it does fit.

Keep the e-cig turned on and give it time to melt down. Enjoy the custom-made weed-infused vape juice as you puff on big clouds of vaping liquid.

Depending on what type of weed you’ve vaporized you can feel a bunch of different types of high.

However, most cannabis strains will give you a head rush that will make you feel lightheaded. You will also very likely feel a pressure in your eyes, almost as if it was a type of burn.

You may even get dizzy if you’ve taken too much. You’ll know you had too much if you’re sitting and you start feeling as if you were quickly sinking.

On the other side, if you’ve had the right amount, you may feel like the couch is hugging you and everything is really soft and comfy.

You will also likely think a bit slower and you’ll likely zone out while you’re at it. Weed is known for having the “zoning out” effect on its users.

However, don’t worry — sometimes these moments can be extremely calming and clarifying.

I have to stress that the types of high cannabis produces largely depend on the cannabinoid and terpene profile of that particular strain you are smoking.

For example, myrcene is a terpene most commonly found in Cannabis indica varieties and is the one responsible for the “couch lock” type of high.

How long does a high last?

Depending on what type of weed you vaporized and the amount, the duration of the high might be different.

Your tolerance will also have a play in this. If you’ve never used weed before, you can expect to be high anywhere from 1-4 hours.

In the case of edibles, the high can last up to 12 hours but usually is between 6-8 hours, which is why edibles aren’t recommended to cannabis novices.

In fact, I wouldn’t try them until I’ve gotten a hang of weed.

Keep in mind that weed does stay in your system significantly longer than what you’ll feel high for, so don’t even think about driving after vaping.

Not all weed smells the same. Depending on the strain, some types of pot might have a hint of lemon or berries, while others smell like diesel or mango.

The reason for this is because every strain has a unique terpene profile—terpenes are volatile aromatic molecules secreted inside the resin glands of cannabis, and are what gives each strain its unique scent.

At first, it will seem that almost all weed strains you try have a skunky and pungent smell, however once you start gaining experience you will realize that there are plenty of different aromas in cannabis.

Really great Content, vaping is the heating of cannabis, or any related chemicals, into a fine vapor.

Fastidious replies in return of this query with firm arguments and explaining the whole thing regarding that.

Thanks for the info... I'm new to vaping cannabis. I experience a very different high with vaping over my usual pipe.

on how much °C should i vape my weed?

I wish there was a better explanation of the vape pen. There are so many types.

After reading the article it appears to me that vaping is just hot knifing. We used to take 2 knives, Turn the burner of the stove on high, put the knives in the coils of the stove. When the knives get red hot you would take a piece of hash and smash it between the two knives. Instant vape. No buds then so you had to use hash.