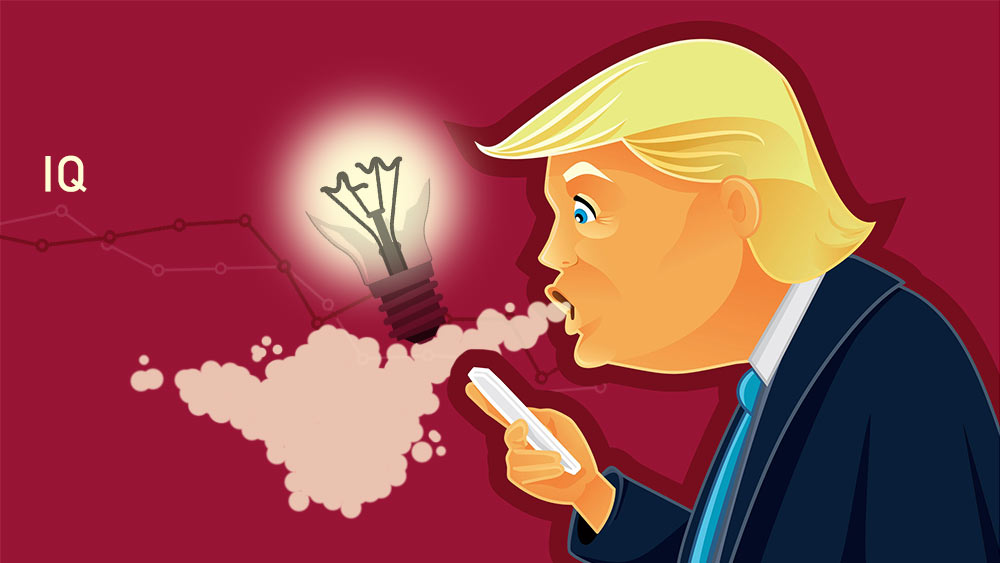 US President Donald Trump seems to think that smoking marijuana lowers one’s IQ, according to a secretly-recorded video released over the weekend.

The 90-minute long video of the US president at a donor dinner in 2018 was released by an attorney for Lev Parnas, the indicted business associate of Rudy Giuliani who is speaking out about the Ukraine controversy that led to Trump’s impeachment in December.

In the video, apparently one of many, Trump discusses cannabis with Parnas, who initiates a conversation on the topic by telling the president about the banking troubles marijuana companies face as the drug remains illegal on the federal level.

“Cannabis, look, you’re talking about marijuana, right? You can’t do banking there?” Trump asks his guest, while Parnas responds: “That’s the biggest problem because none of the banks accept the money.”

Trump proceeds to tell the businessman that it’s “all working out. That whole thing is working out,” although he doesn’t know if “that’s a good thing or a bad thing.”

The embattled US president, whose Senate impeachment trial is underway, can be heard saying: “In Colorado, they have more accidents. It does cause an IQ problem.”

Although Trump has never openly supported legalization, according to multiple reports, the president seems to be in favor of allowing states to decide for themselves on pot.

Republican Senator Cory Gardner confirmed this last year when he told reporters the president had told him he would sign a bill to let states decide on legalization, a proposal the lawmaker, along with Massachusetts Senator Elizabeth Warren, introduced in Congress.

Trump has, however, spoken out against prohibition.

“When you watch prohibition, when you look at the alcohol, you look at cigarettes, you look at it all, if you don’t give it to them, it’s going to come here illegally. That’s the one problem I can’t seem to forget,” he stated while discussing the vaping crisis back in November.

Democratic candidates for president, on the other hand, have come out in support of the legalization of marijuana in a much more open fashion.

All major presidential hopefuls among Democrats support legalizing weed nationwide, except for former Vice President Joe Biden, who recently stirred some controversy with his comments that pot might be a gateway drug.

Biden and Vermont Senator Bernie Sanders are in a close lead in several polls ahead of the February 3 Iowa caucus, the first election of the US presidential primary season.

Mr Trump must be an addict