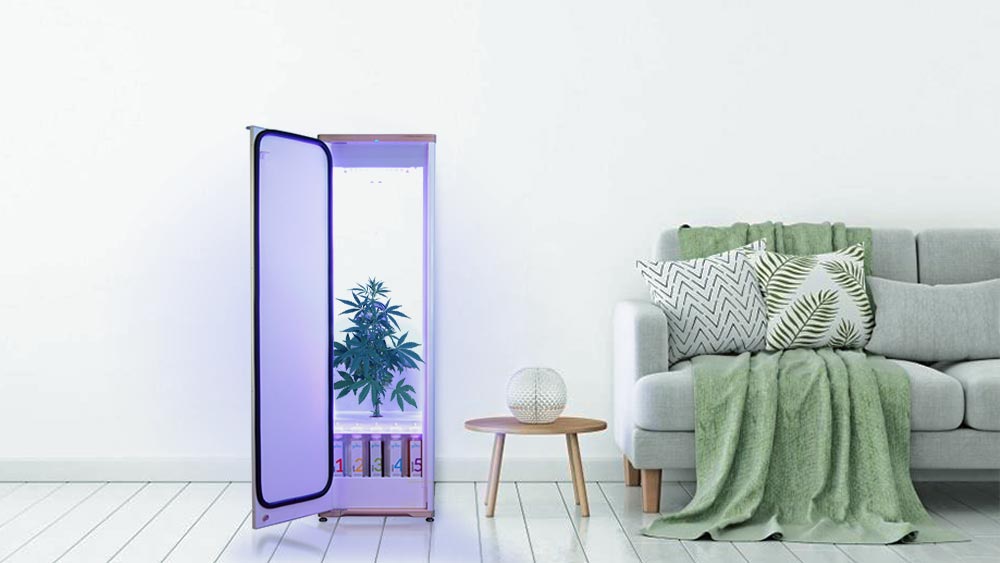 Growing cannabis can be a journey, and not everyone is up for the trials and tribulations that come with it.

Fortunately, tech is here to help with Grobo, an automated growbox for cannabis.

Grobo was founded in 2014 by CEO Bjorn Dawson in Waterloo, Ont., and was initially intended as a food growing system.

“The whole idea was to grow fruits and vegetables indoors because personally I don’t have a green thumb,” he said.

“We found there was a ton of demand from medical patients who wanted to grow their own for quality or a specific strain that was not always available to buy online or from a dispensary,” he said.

Initially, Grobo’s consumers were medical patients, but its customer base has now expanded to include recreational users as well, according to Dawson.

How it works is pretty simple. You pick a “grow recipe” from Grobo’s over 300 available in its app and insert the associated seed into the machine, which is about the size of a water cooler.

“A grow recipe is a specific algorithm that we’ve created that runs for that plant and knows what the optimal time should be for the growth phase, flowering, it knows what the lighting should be,” Dawson explained.

The system features eight spectrum LED lights, which may use blue light in the early stage of the plant then switch to red while it is flowering, according to Dawson.

Grobo can grow one plant at a time and uses the hydroponic deep water style of growing, which home growers typically say is more difficult to do than soil but can produce a superior plant.

You then fill it up with water, and you’ll be notified when you have to change it — about every week or so.

The app will also provide tips and tricks on how to optimize your yield, Dawson says, such as trimming your plant along the way. 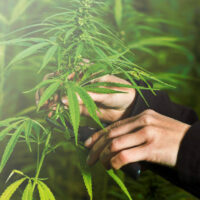 Monster Cropping: 5 Ways to Increase the Yield of Your Cannabis Plants

Grobos also have a carbon filter to tackle the overwhelming weed smell that can come from homegrowing, and has a lock system to keep it safe from pets or kids.

“There’s a lot that happens behind the scenes, for sure,” Dawson said.

Things you should consider

According to Dawson, growing a plant from seed takes 3-4 months and yields 1-3 ounces, depending on the experience of the grower.

Homegrowing might be something you might want to think about as it can save money in the long run and produce high-quality cannabis.

Grobos aren’t cheap, though. A basic model will set you back US$2,000.

Dawson says people are comfortable with the price tag, though, and they’ve actually had trouble keeping up with demand.

Check them out yourself at Bloomgroove.com. 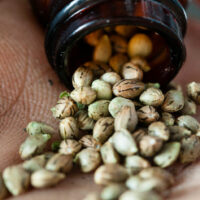 What Are the Best Cannabis Seeds for Beginners?