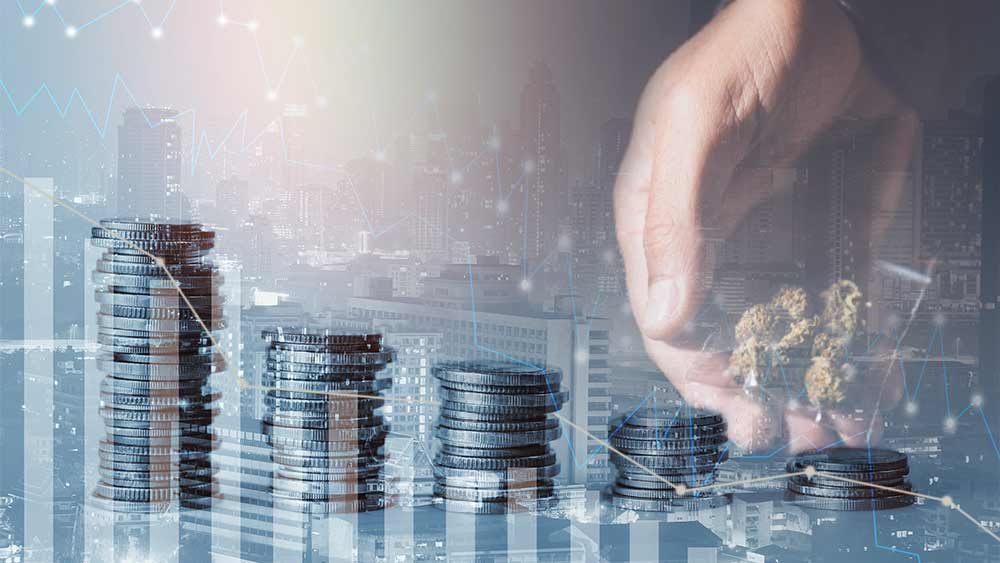 Marijuana stocks rallied at the beginning of the week with the Horizons Marijuana Life Sciences ETF jumping to its highest level since March despite a gloomy outlook for companies in the legal weed business.

Stocks were under immense pressure before the coronavirus pandemic kicked off earlier this year. Losses intensified as the crisis escalated into a global recession, aside from the scattered upticks due to marijuana dispensaries being declared essential businesses in Canada and most U.S. states.

But last Monday major players like Canopy Growth, Aphria, Tilray and Hexo Corp. all bounced back from the losses suffered earlier in April. According to one explanation, offered to Benzinga by Alan Brochstein, founder of New Cannabis Ventures, investors’ short-covering may have led to the mysterious rise in pot stocks.

After noting the surge “seems driven by Canadian LPs, and some of that may be short-covering,” Brochstein said the move spanned the entire market.

“I would note that small-caps in the U.S. are breaking to recent highs, and perhaps there is, in general, a stronger appetite for risk by investors,” he added.

Whatever reason was behind Monday’s rally, the past two weeks were flooded by major marijuana news.

In the U.S., Democratic lawmakers have been fighting to include pot companies in the next coronavirus federal relief bill while some executives in the industry have been hopeful that the pandemic will speed up the legalization of marijuana in the country.

On the downside, Canopy Growth announced more layoffs as the marijuana giant continues with its restructuring plans. This third round of cuts at Canopy raised the total number of layoffs at the company to nearly 1,000.

“Although difficult, the decisions that have been made over the last few months are to allow Canopy Growth to remain focused on the areas where we are winning and ensure that we are delivering the highest quality products to our consumers in every market where we operate,” CEO David Klein explained the decision.

“For a long time Canopy has prioritized doing things first, but going forward we’ll be focused on doing things the best in the markets and in the product formats that show the greatest promise,” he added.

Still, despite a flurry of negative news and the impact of the COVID-19 pandemic, one cannabis market research firm believes the industry is still on track for “exceptional” growth in the future.

BDS Analytics, in collaboration with Arcview Market Research, announced it predicts global cannabis sales of $47 billion by 2025 – an increase of 21% from last year’s figure. Most of these sales will be in the U.S.

“The cannabis industry may soon reach a watershed moment when U.S. states, faced with a looming global recession, consider cannabis legalization as a new and potentially lucrative source of tax revenues,” Roy Bingham, Co-Founder and CEO at BDSA, said.