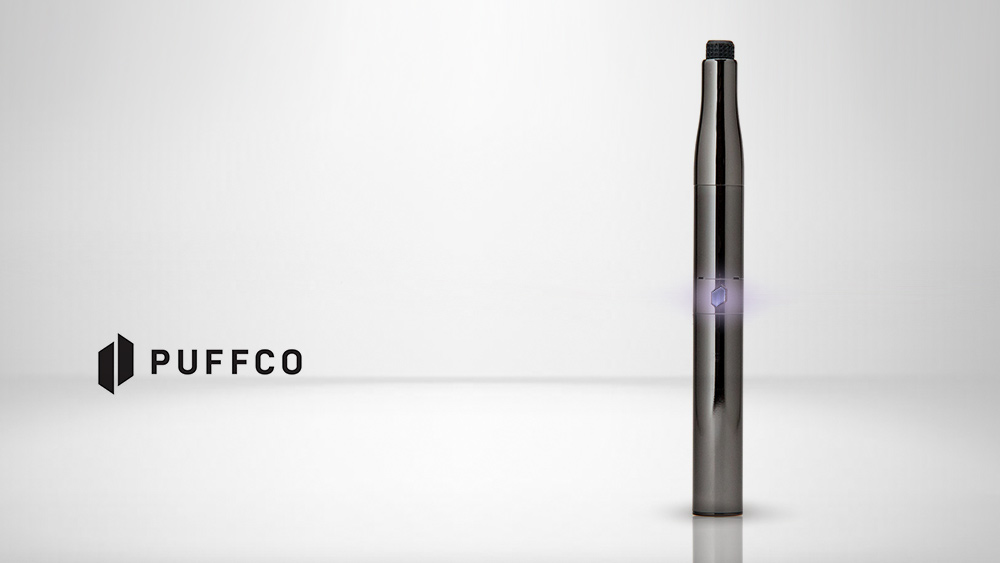 The Puffco Plus V2 is a portable oil vaporizer manufactured by New York City-based Puffco.

The company was founded in Brooklyn in 2013 with the idea of offering products that are free from glue, fibers, and chemicals. In other words, Puffco positioned itself as a manufacturer of sort-of organic vaporizers for concentrate-enthusiasts.

Under the slogan of no compromises, Puffco says it’s focused on providing maximum flavor with its beautifully designed line of products because, as they put it themselves, “why smoke the pen when you could be smoking strictly what you decide to put inside.”

Their flagship product is the Puffco Peak, an innovative device that kicked off the trend of portable or handheld dab rigs. Hailed as the future of dabbing, the small extract vaporizer packs quite a punch and was a very successful launch for the company.

The Puffco Plus V2 is an upgraded version of the popular Puffco Plus vape pen, which was a massive hit when it was first released in 2016 due to its inventive design and engineering aspect of the device.

The second iteration of the Puffco Plus is based on the same principle of “you get out what you put in” and features some improvements over the original.

It has a coil-free heating chamber, just like the previous version, but this time around Puffco worked on advancing the mouthpiece, which was a very well-received feature of the first Puffco Plus.

The new mouthpiece is again a very practical combination of both mouthpiece and loading tool, but the V2’s dart is shaped differently, making it better at scooping up the product.

The Puffco Plus V2 features a 520 mAh lithium-ion rechargeable battery, which isn’t really that great, although it’s supposedly a 15% battery life improvement in comparison with the old Plus.

There is also a supercharger included when you buy the Puffco Plus V2, which can recharge the battery in about 35 minutes, so battery-wise it evens out. 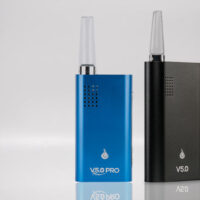 What to Expect from Flowermate Vaporizers? (Review)

What’s in the box

The original Puffco Plus boasted a stunning, futuristic design with fingerprint-resistant coating. The new one is similar in design but has a different button that conveniently prevents the pen from rolling over when you rest it on a flat surface.

Lightweight and discreet (13 cm in length), the Puffco Plus is the perfect choice for on-the-go use. The metallic finish is really pretty and it’s hard to imagine a possible complaint on the design side of the product.

The Puffco Plus V2 has three temperature settings:

Double-clicking the button enables the 12-second Sesh mode, a very popular feature of the Puffco Plus.

We should start off by saying the Plus is very user-friendly. Puffco advises users to treat the Plus as a rig, meaning small loads and frequent cleanings are necessary in order to preserve flavor.

The coilless ceramic chamber makes for pretty good vapor quality as the wax is more evenly heated with this kind of heating element. The Puffco Plus ceramic chambers last between one and three months, while replacement chambers retail for $24.99 per unit.

The vapor produced by the Puffco Plus is tasty at all temperature settings with minimal harshness. Cloud production is decent, but obviously not the selling point of this product. This type of device will better suit people who are looking for tasty hits rather than dense clouds, as is expected. 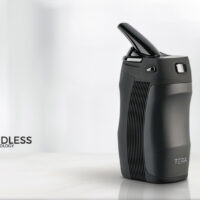 The Puffco Plus V2 is easy to clean, again mostly due to the ceramic heating chamber. You get five cotton q-tips when you purchase the Puffco Plus, which are perfect for wiping away any residue. Loads of websites offer these q-tips when you’ve run out of the ones provided by Puffco.

You can also warm up the chamber in Sesh mode to melt away any stubborn residue, which is good news for lazier consumers – this is practically a self-cleaning option as minimal effort is required to scrape clean the device. It’s also important to prevent clogging, which is a common complaint about this pen, so remember –  clean the chamber on a regular basis, preferably after every use.

How does it compare to the Pro?

Although the Puffco Pro 2 has been discontinued, for comparison’s sake it is worth noting that the Plus has a more powerful battery than its former counterpart, as well as better taste, an improved chamber, and a perfected mouthpiece-dab tool.

Overall, those who enjoyed the Pro can rest assured that the Plus version will deliver the same quality as well as some improvements.

The Puffco Peak was a revolutionary device that paved the way for a new platform colloquially known as portable dab rigs.

The Puffco Plus V2 is a revolutionary product in its own right – from its sleek design to the standout mouthpiece with the built-in dab tool, something consumers are likely to highly value (as it means one accessory less to carry around, ramping up the Puffco Plus’ portability even further).

All in all, this is a very neat vape pen, which produces quality vapor that’s easy on the lungs. It has a good range of temperatures and the fan-favorite Sesh mode is an extremely useful feature.

Puffco Products are the worst products I’ve ever used. Worst customer service. Would never recommend their products to ANYONE EVER! I bought a product and it shipped to me broken. They would not give me a refund. Fucking bullshit company.

Mine works great .. wish I could buy another one of the same design as a backup ... sorry to hear yours did not work