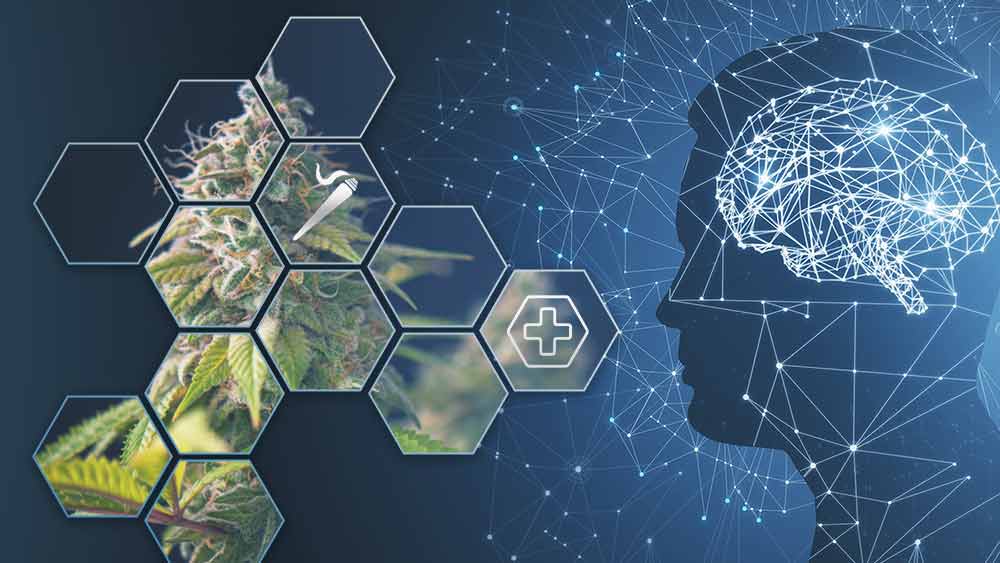 Right up until recently, physicians were likely to claim that there was no such thing as Cannabis Withdrawal Syndrome (CWS).

Similar opinions are still being heard, even when CWS is officially listed and described in the Diagnostic and Statistical Manual of Mental Disorders (DSM–5).

However, if you consult scientific research and studies, you will find that they confirm CWS (Cannabis Withdrawal Syndrome) exists and is, according to one study published in 2017, a “hallmark of cannabis dependence.”

The study goes on to state that “cessation from long-term and regular cannabis use precipitates a specific withdrawal syndrome with mainly mood and behavioral symptoms of light to moderate intensity, which can usually be treated in an outpatient setting.”

Marijuana Anonymous confirms that many of their “recovering members have had definite withdrawal symptoms.” Their treatment program values progress over perfection when overcoming cannabis dependency and detoxing from marijuana. They perceive it as a personal and physical struggle, rather than a scientific one.

These differing opinions prove that CWS isn’t simple to pin down and relegate to a blanket term. There is a bit more to know about CWS, especially if you are planning to quit cold turkey.

We delve deep into the matter and here’s the breakdown on what we found out.

Cannabis dependency resides in the brain

The first thing you should know is that weed isn’t as physically addictive as other drugs (such as heroin and cocaine, for example), which results in a less volatile reaction while abstaining from it.

Its “addiction rate” is somewhere closer in nature to the addiction you can develop while taking caffeine. That’s why even scientists rarely speak of “cannabis addiction,” and prefer to use the term “cannabis use disorder (CUD).”

However, if you smoke weed regularly, chances are that your brain recognizes THC as a vital and necessary substance. In other words, abstaining from it would likely cause shock, resulting in various symptoms of different intensities.

That being said, it’s important to note that studies have so far confirmed that the main causing agent of dependence is THC, although science experts have yet to give their final verdict on the matter.

Curiously enough, it seems that the other active component of cannabis – Cannabidiol, can act as an “antidote” and actually relieve CWS symptoms.

A recent case report (2012) described a 10-day CBD treatment with a 19-year-old woman suffering from CWS. The daily assessment revealed “the absence of significant withdrawal, anxiety and dissociative symptoms” during therapy.

While we await further research in the field, the conclusion seems obvious enough: CUD is probably caused by THC dependence, and the related withdrawal syndrome is triggered by the (usually) sudden abstinence from it.

What are some symptoms of CWS?

As an authoritative collection, overview and classification of mental disorders, the DSM-5 recommends the following symptoms checklist to establish the existence of CWS:

If a person exhibits at least three of the above-listed symptoms, and if those cannot be attributed to any other known cause, the individual can be diagnosed with CWS.

Although each individual can demonstrate their own pattern of symptoms, the physical and behavioral changes usually kick in first, while an emotional reaction (depression) comes later on.

Regarding the occurrence rates, the most common indications of CWS are headaches, anxiety, irritability, depression, and difficulties sleeping.

On the other hand, the most persistent symptom can be recurring wild and strange dreams, which can last for months. This is mainly because cannabis usage causes interruptions of the REM phase, thus dampening the brain’s natural ability to generate dreams. Once traces of cannabis leave the body, the dreams come back with excessive vividness.

Sweating is also often reported, and though it can be uncomfortable, it’s a part of natural detoxification and your body’s mechanism of getting rid of the toxins.

The severity of the symptoms varies, but they usually have light to moderate intensity. Very rarely do they present themselves with extreme harshness.

What is the recovery time-frame for CWS?

According to the extensive study mentioned above, the neurobiological time-frame for recovery is set between two days to four weeks upon cessation.

During that period, human CB1 receptors gradually recover from “desensitization and downregulation,” probably caused by THC.

Moreover, as THC is stored in fat cells, it does take some time to completely expel it from the body. The withdrawal crisis reaches its peak somewhere close to the end of the first week of abstinence.

Eventually, this time-frame translates into the fact that CWS should last about 21-28 days. Emotional jags and depression could persist a bit longer, but after 3 months a “normal” balance should be restored.

The above-mentioned study emphasizes that 90% of patients with dependence will experience some form of CWS, usually with light to moderate intensity.

However, in some cases, the likelihood of exhibiting CWS symptoms and their severity increases significantly due to various risk factors. These include:

Prolonged and heavy use, including the intake of high potency cannabis

The clinical practice and the everyday experience formulate this factor as a rule: the heavier the usage, the stronger the CWS is to be expected.

On top of that, using high potency cannabis means that you consume larger amounts of THC and less CBD (this goes for dabbing as well). Naturally, this will produce greater neurobiological damage and the shock while withdrawing from usage will be more profound.

Influence of other substances

Of course, things would be significantly worse if you were abstaining from multiple substances at the same time.

Moreover, some substances (like alcohol, for example) could influence the clinical expression of CWS without overlapping. That means that using them will only make you worse.

Whether you were obliged to abstain or took this step in your life as a deliberate choice is a clear indication of your motivation. As anticipated, you will go through the crisis more easily if you’re emotionally stimulated.

Not all of the moments in your life are created equal for quitting weed. Choose them wisely, as the stressful ones could turn your withdrawal into agony.

A recent study (2016) showed that women are susceptible to more intense CWS, especially when it comes to manifesting mood changes and gastrointestinal problems. They also develop cannabis use disorder more easily.

There has also been research (2010) that suggests some symptoms of CWS could be inherited. Scientists suspect that the longitude and intensity of CWS could be closely related to genetic factors.

Weed withdrawal: Can you do it on your own?

Whether your withdrawal is a necessity, a deliberate choice, or a simple marijuana tolerance break, there’s a great chance that you can go through it on your own, or with the help of a friend.

Most people don’t require qualified help and are able to aid themselves using tried-and-true techniques.

Here are a couple of them:

A lot of people say that tapering the usage first is a smart thing to do. It does sound logical, as your body will go through significantly milder shock.

However, it all comes down to what kind of person you are – some find it impossible to quit gradually.

Look for a supportive environment.

Although this can be a hard thing to do, avoid people and places that will make your cravings even worse. Surround yourself with people that approve your decision and are willing to help.

If you feel you need a greater sense of community, join Marijuana Anonymous or look for similar groups online.

Give other relaxing techniques a second chance.

When anxiety and restlessness kick in, sustaining from weed will become even tougher. Naturally, you’ve grown accustomed to using it as a relaxation method.

Devise a withdrawal plan. Setting small goals and achieving them would lift your self-esteem.

Keep your mind on the positive track by repeating affirmations (good things you can say for       yourself that will keep you motivated).

I know it sounds silly, but exercise and a balanced diet can do wonders. Try to eliminate or at least cut down on fat, caffeine, and junk food.

Also, do note that hydration is vital while withdrawing. It will make the detox phase much more efficient and quicker. Cranberry juice can also help, as it aids in flushing out the toxins from your body.

Although the internet is packed with “prescriptions”, I wouldn’t do it if I were you. Some of those can make you feel even worse, so it’s a good idea to ask a doctor for advice.

Where to look for help?

If you’re still unable to make it on your own, here are a couple of places you can look for help.

As I said, a sense of community and connecting with people who have similar problems might be just what you need to make it through the day.

There are a lot of specialized institutions that offer short-term inpatient professional help (detox programs) and a long-term one (rehabilitation).

This choice of treatment is somewhere in the middle grounds: you are not in the center, but you are visiting your substance abuse specialist regularly.

So, is it possible to overcome and conquer weed withdrawal? The short answer: yes. The long answer: it will take time, patience and resilience to cope with the symptoms successfully.

If you’re a frequent consumer looking to take a break or stop altogether, be sure to anticipate the physical discomfort and mood swings by educating yourself first. A few of the tips above should be a good start in minimizing the stress.

i would like to know where you got your imformation