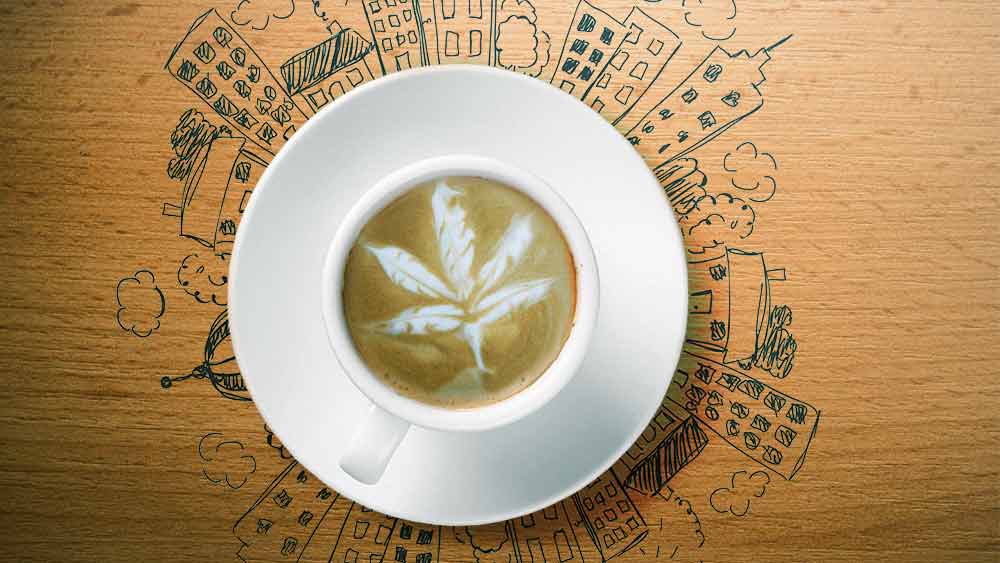 Lowell Farms: A Cannabis Cafe welcomed guests Monday for a special preview the night before its grand opening in West Hollywood.

Guests were thrilled by the new idea, according to CBS Los Angeles, and felt that it could help fight cannabis’ age-old stigma.

The restaurant itself has a natural, farm-like look with greenery around, and features two outdoor patios — one for smoking, the other for non-smoking — and an indoor area that allows smoking as well.

A casino-grade air purification system is used to ensure no smells disturb neighbours. Hovering above the restaurant is a giant billboard that reads “Eat, Drink and Smoke Here!”

The cafe received the first of eight consumption licenses West Hollywood made available and beat out over 300 applicants to become the U.S.’s first legal consumption site.

Customers can buy cannabis on-site or pay a $20 “tokeage” fee to bring their own. Once inside (you have to be over 21 years old to enter), guests have the option to smoke their bud with pipes, bongs or joints.

Prepackaged edibles are also available on-site and there is a “Dab Bar” for the more experienced user.

As for food, head chef Andrea Drummer created a menu reflective of California’s flavours and paid attention to how the food pairs with cannabis.

Drummer trained at Le Cordon Bleu in Los Angeles and later became known for creating THC and CBD-infused food. She does not include cannabis-infused food on her menu at Lowell Farms, however, due to current laws.

The restaurant has a team of “flower hosts” that roam around and help diners pick the right strain, and make sure you do not consume too much and can get home safely afterwards.

West Hollywood began accepting applications for cannabis consumption lounges April last year and has approved 16 lounges that will be rolling out in the near future. 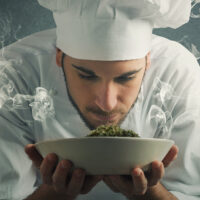