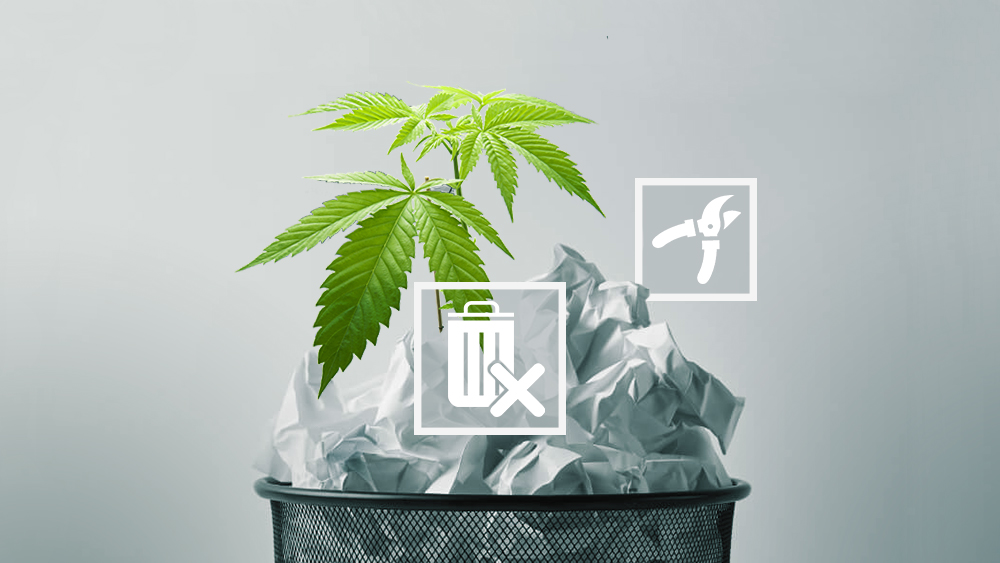 Yes, that’s a spoiler alert in the title. Technically you can smoke weed, but it won’t do you any good, so – better not.

And why is smoking weed stems a terrible idea? Well, for one, it will never get you high. EVER! The reason being that THC levels in weed stems are extremely low.

Next, it will give you an excruciating headache. It may hurt your throat and lungs as well.

But we’re by no means proponents of wasteful behavior. There are plenty of useful and creative ways to make the best of the stem bundle you’ve compiled over time.

Before we share a few brilliant ideas on what to do with your leftover stems, let’s break down the health risks of smoking these naughty little things.

Side Effects of Smoking Weed Stems

Among the most common side effects of smoking weed stems are headaches. Plus, since there’s no THC found in the stalks, you’d hardly experience any bursts of inspiration or creativity. You’d achieve the opposite effect.

All in all, you’d be doing your cognitive system a considerable disservice.

Also, a piece of friendly advice? If you’re prone to migraines, smoking weed stems won’t just instigate an attack, but it will significantly intensify it. So, treat yourself kindly. Avoid doing this at all costs.

A Nightmare for Your Digestive System

As we mentioned, smoking weed stems can cause problems for your digestive system. The taste is so offensive that it’s almost indicative of what it’s going to do to you.

In addition to the most common side effects caused by the compound found in weed stalks (vomiting and nausea), sharp abdominal pain is one of the worst you’ll experience.

Do Your Lungs a Favor

Just stay away from smoking weed stems! It would be best if you stopped smoking (not consuming) altogether.

The truth is, smoking, as a method of consuming anything (apart from the air) is bad news for your lungs. When we inhale the smoke from a combusted dried herb, we’re simultaneously inhaling over 100 different toxins, some of which are carcinogenic.

Our lungs’ natural response to inhaling smoke is to contract. That’s why it’s super dangerous for asthma patients to smoke cannabis or tobacco, for that matter.

Recent studies have shown that it’s by far the safest to use dab pens as a means of consuming cannabis. Since there’s no combustion involved, using dab pens releases fewer toxins and you inhale a cleaner product.

Therefore, if you had any doubts about whether vaporizers or dab pens are harmful to you, no need to worry anymore. Just get one.

Get Creative with Your Weed Stems

The moment has come for us to reveal a few exciting and creative ways of turning those seemingly useless weed stalks into something utterly brilliant.

Yes, weed stems can be used for making butter (less potent butter, but weed butter nevertheless). The recipe is pretty straightforward. All you need is one cup of salted butter and a ½ ounce of finely ground weed stems.

You have to melt your butter on low heat and add in the ground stems once it’s completely melted. Stir the mixture as often as you can while it simmers for about 45 minutes.

The last step of the process involves the use of a cheesecloth. Place the cloth inside a glass jar and pour the melted butter over it. Once it’s cooled down, grab the corners of the fabric and strain out the butter through it. Done!

A Healthy Cup of Heaven

Did you know that weed stems can be used to brew tea?

Throughout history, weed tea has been used as a means of treating all kinds of different ailments. For example, it’s great for battling bouts of depression and anxiety, stomach cramps, and relieving pain.

Making weed tea is an excellent way of using your leftover stalks because it’s super easy to do.

However, before giving this a shot, it’s necessary to decarboxylate the stems. But don’t let this complicated term stand in your way.

Decarboxylation is a process through which you turn the non-intoxicating THCA into the high-inducing THC. You can do this by merely baking the stems in your oven for about 45 minutes at 225 degrees Fahrenheit.

After that, all that’s left to do is grind up the stems and put them in your favorite tea infuser and let it rest in hot water for 10-15 minutes. Voila! Simple as that. 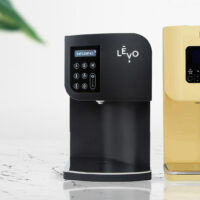 A Shot of Stem-Infused Alcohol

You know this is a thing nowadays, don’t you? There are so many different types of cannabis-infused beers and wines to choose from. But why not make your own home-brewed liquor?

First, get yourself a bottle of vodka, whiskey, or any other liquor containing at least 40% alcohol (this will dissolve the cannabis resin). Then, pour out a couple of shots to make room for the weed stalks.

Then, grind your previously decarboxylated weed stems into small pieces and sink them into the alcohol. The bottle should be kept in a cool, dark place for up to 10 days. Make sure to visit your drink now and again and give it a decent shake.

After ten days you’ll have yourself a bottle of something super tasty and super potent! Next time your friends come over, you can welcome them with either a warm cup of weed tea or a shot of stem-infused alcohol. 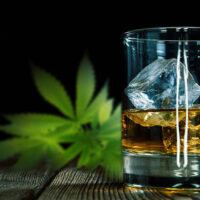 How Do Cannabis and Alcohol Mix? Studies Show It Can Get Dangerous

Use Weed Stems as the Basis for Other Weed Products

After you’ve decarbed your weed stems, they’re not only good for making tea or alcohol. You can basically use it as the basis for a range of cannabis products, from cannabis tinctures to weed extracts and edibles. In many of the recipes you can simply replace flower with weed stems.

Create Your Own Stem Kief

Kief is another excellent product you can get from stems.

Weed stems are covered with resin glands (trichomes) that contain terpenes and cannabinoids.

Kief, which you may know as the dust particles you find at the bottom of your grinder, can be saved from the stems.

You can separate them from the stems, collect them in a bag and place them in the freezer for a few hours.

Give the bag an occasional shake to break off the frozen resin crystals which will collect at the bottom of the bag. And that’s your kief, ready to be used in a joint.

Get Crafty with It

In case you’re looking to get creative with weed stems in a more practical and less intoxicating way, we have great news for you.

There are so many beautiful and useful things you could make with cannabis stalks.

For example, peeled off fibers from longer stems can be used for weaving bracelets. Or baskets.

Also, you could sharpen the stems and make very handy BBQ skewers, just put them in water first for a few hours.

Hemp paper is another great product that you can make using weed stems and some scrap paper, both previously soaked in water for the night and then blended in a blender.

Beautify Yourself with Weed Stems

The simplest way to make a weed stem topical is to use some basic oil often used in cosmetics (e.g. coconut oil) and cook your stems in it for a while until it blends in nicely.

Don’t Judge a Book By Its Cover

Knowledge is power. Although weed stems seem useless at first glance, there are so many things you could do with them not only to get a buzz, but make your life more practical as well.

If you’re an avid smoker, you surely have a ton of stems piled somewhere. So, instead of thinking about dumping them in the trash, put them to better use. 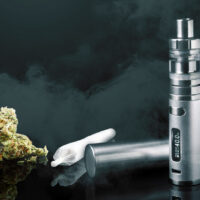