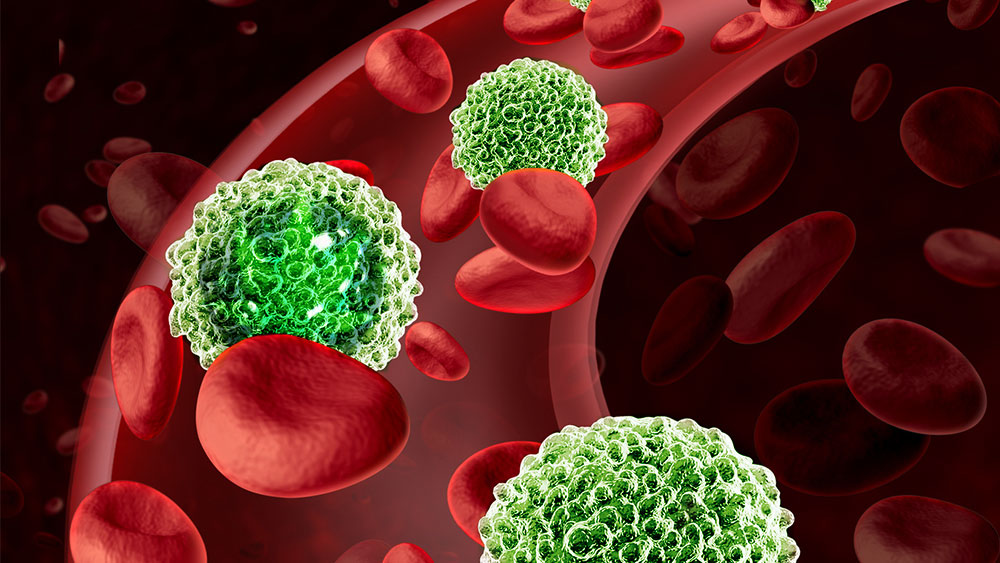 Lupus is an autoimmune disease which attacks healthy body tissues. It’s usually managed with corticosteroids and NSAIDs, which can all cause a number of side effects with long-term use.

Fortunately enough, a large body of evidence shows that cannabis may prove to be a good treatment option for lupus.

It makes sense: The most common symptoms that patients with lupus have to deal with are inflammation and pain, and cannabis is known for being especially effective at fighting both.

Approximately one in every 1000 Canadians has lupus and 1.5 million Americans suffer from the disease, with 16,000 new cases being diagnosed every year.

I wanted to see just how good cannabis is for treating this condition, and so I decided to go over the available research. Here’s what I found. 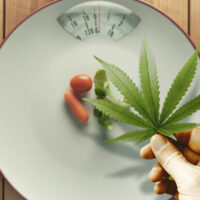 Is Cannabis a Good Treatment Option for Eating Disorders?

Lupus is a chronic autoimmune disease that is considered incurable.

The term “lupus” dates back to the 13th century and comes from the Latin word for wolf since its most recognizable symptom (face rash) looks like a wolf’s bite.

Lupus occurs when the immune system becomes overactive and cannot tell the difference between viruses, bacteria and healthy tissues. That’s when it starts to produce large amounts of antibodies that attack healthy organs.

Both genetic and environmental factors play a role in developing this disease.

Women are nine times more likely to suffer from lupus than men—90 percent of patients are women. The disease is also more common in those with African, Chinese, or Caribbean heritage.

Lupus usually starts to develop between the ages of 14 and 45, but it can happen anytime.

What are the most common lupus symptoms?

The illness goes through periods of flare-ups when the disease is more active and periods of remission when only a few symptoms are present.

The most common symptoms include:

How is lupus diagnosed and treated in conventional medicine?

Lupus can be a bit tricky to diagnose since the symptoms vary from person to person and can easily get mistaken for other conditions.

The condition is diagnosed through a combination of urine and blood tests, as well as an in-depth physical examination.

When it comes to treatment, the disease is considered incurable but treatable. With the right treatment lupus can be kept in check: Usually with nonsteroidal anti-inflammatory drugs, corticosteroids and immunosuppressants.

Unfortunately, this cocktail of drugs may cause a lot of side effects such as vomiting, nausea and upset stomach, liver and kidney damage, high blood pressure, bruising and fever.

That’s why many people are interested in exploring other, less-damaging treatment options.

Is cannabis the next best thing?

Lupus is an autoimmune disease which makes the immune system attack its own tissues and organs. There’s no cure, but it’s usually controlled with immunosuppressive and anti-inflammatory drugs.

Is cannabis good for treating lupus?

Lupus causes inflammation. Although inflammation is a natural human response to an internal attack, if left untreated it can cause serious health problems, increasing the risk of cardiovascular diseases and tissue damage.

Here’s how damaging chronic inflammation might be: A study published in the Journal of Neuroinflammation in 2012 found evidence that prolonged inflammatory proteins may contribute to developing Alzheimer’s disease and dementia. (1)

Besides inflammation, lupus patients also suffer from pain especially when the disease is in its active phase.

Over the years, we have seen extensive evidence on how good compounds found in cannabis are for both inflammation and pain.

But how exactly does cannabis help you if you have been diagnosed with lupus?

The first and the most logical pathway is by relieving inflammation:

Following this, there is a growing body of evidence which shows that cannabinoids may also inhibit interleukin-6, which is an inflammatory protein associated with autoimmune diseases.

Interleukin-6 suppression can decrease tissue injury and inhibiting this protein has shown to relieve inflammation and tissue damage in several diseases, including lupus. (2)

The second reason why cannabis might be good for lupus is in the way it plays with a system that maintains cellular balance in the body, known as the endocannabinoid system (ECS).

Humans and other mammals produce compounds called endocannabinoids (which are coincidentally similar to active compounds found in cannabis—cannabinoids).

When endocannabinoids get synthesized in the body, they bind to specific receptors and aid in regulating many physiological processes. 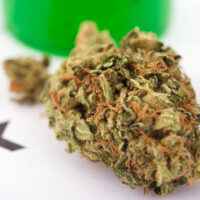 Due to the nature of modern living, some people don’t produce enough endocannabinoids, so by consuming cannabis we essentially supplement our ECS with similar compounds from cannabis and help our body regain its biochemical balance.

The two most abundant cannabinoids found in cannabis are THC and CBD.

There are a few dozens published studies which show that cannabinoids have positive effects on pain and inflammation. (3) (4)

However, here is what we can conclude from the available research:

Compounds found in cannabis suppress the inflammation in the body while relieving pain. This may help keep lupus symptoms under control.

The best way to consume cannabis for lupus

If you have been diagnosed with lupus, you probably want to avoid smoking. But don’t worry, smoking is not the only way to consume marijuana.

Vaping is always a healthier alternative to smoking—vaporizers heat cannabis just enough so that cannabinoids get released, but without combusting the plant material and producing carbon monoxide.

If you’d like to stay clear-headed(and THC-free) CBD oil is your only alternative.

CBD oil is usually made from organic hemp or medical cannabis, and it’s legal almost everywhere.

The best CBD dosage for lupus depends on a number of factors such as your body weight and the severity of your disease.

According to Martin A. Lee, the founder of Project CBD and an ex-Harvard professor, the optimal starting dosage for most people would be 2,5-5 mg of CBD initially. You should gradually increase the dosage until you feel the desired effects.

If oils and vaping are out, then consider edibles. This is also one of the healthiest ways to consume cannabis and you can make your own in one afternoon.

However, keep in mind that because of the digestion process, edibles need more time to kick in compared to smoking. So, be very careful with the dosage and the amount of edibles you eat so that you don’t “overdo it” (I’m telling you this from my own experience).

Tinctures and topicals are a good choice for rashes, swelling and joint pain.

Both THC and CBD have shown promise for managing lupus symptoms and should be (ideally) included in your product of choice.

If you have decided to try out cannabis for lupus, here are some strains to help you boost your energy, relieve pain and reduce inflammation.

This strain (which is a genetic mixture of industrial hemp combined with regular cannabis), has a very high percentage of CBD, with a very low concentration of THC (<0.3%), causing virtually no psychoactive effects. Since it does not give you a buzz, it’s perfect for daytime use.

This is definitely one of the most popular high CBD low THC strains, useful for an extremely wide range of medical issues.

Developed in 2003, this indica dominant hybrid (70% indica, 30% sativa), is a combination of another two famous strains, Big Bud and Purple Urkle, and has a taste and aroma reminiscent of berry and grape.

Like most potent indica strains, it’s perfect for a wide variety of conditions. It is known for effectively treating pain and muscle spasms. Expect a powerful couch-lock effect, with a tenacious cerebral buzz, so it’s better for nighttime use.

ACDC contains up to 20% CBD and 1-6% THC which makes it one of the most popular medical strains for all sorts of symptoms. Lupus patients often need an energy boost which is why ACDC is perfect for treating this condition; it energizes and brings back the focus you need while swiping away pain and inflammation.

A sativa dominant strain (75% sativa, 25% indica), it’s a genetic blend of Colombian Gold, Swiss Landrace, and Thai strains. What’s special about Harlequin is its CBD content, with a ratio of 5:2 CBD to THC.

Because of the large quantities of CBD, and because of the sativa dominance, you can expect an awake and alert high. Also, the CBD is able to easily counteract the potential paranoia associated with THC while the two cannabinoids work together to provide medical benefits.

A potent sativa strain with both berry and a little bit of a skunky flavor and smell, Strawberry Cough is one of the best strains to help fight fatigue and pain. Lupus is not easy to cope with, so patients tend to suffer from depression, too. This strain will lift up your spirits with happy thoughts.

This strain is named after 1970’s cannabis advocate and professor Lester Grinspoon. However, the strain is not easy to find, so when you get the chance, don’t miss it. This pure sativa is an excellent choice for people doing creative activities and for those who need to concentrate on their work. 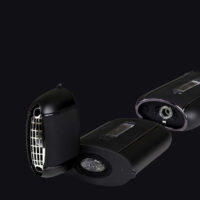 Afghan Kush is known for its powerful sedative properties, so be sure to get yourself comfy after a long day before you medicate yourself. It’s one of the most popular strains for lupus patients because it helps people forget about their stress, relieves pain, and induces sleep.

The name comes from the Incredible Hulk’s alter ego, and as the green monster, this strain is very strong. Bruce Banner is rich in THC and works well for pain and fatigue so lupus patients can benefit on multiple levels.

OG Kush is everyone’s favorite and you can find this strain almost everywhere. It brings patients to a slightly euphoric state while reducing pain and stress. It’s best to use it at night in the comfort of your home since it produces cottonmouth and dry eyes. 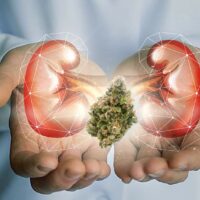 What would be good for MS?

Susan we still haven't reviewed the studies dealing with cannabis and MS -- it's on the to-do list and I will send the article to you once we write it. Meanwhile, take a look at this -- https://www.ncbi.nlm.nih.gov/pmc/articles/PMC5481305/.To summarize, the above article states that "that there is a wide acceptance of cannabis within the MS community, with 20–60% of PwMS currently using cannabis".As they point out, "it is known that cannabis strains, containing CBD levels equal or higher than THC, have positive effects on muscle spasticity (4) and pain in PwMS (5). These positive effects of cannabis on spasticity and pain and its safety have also been emphasized by the American Academy of Neurology".You can use Strainblazer (https://greencamp.com/strainblazer/) to find strains with equal levels of THC and CBD, just play around with the THC/CBD filter a bit.

HIIS there research i could not find of ingesting THCA-CBDA. in either juicing or dry capsules?

Hi Brenda, I haven't seen or found any research on THCA and CBDA yet. We'll let you know if any new research comes up.