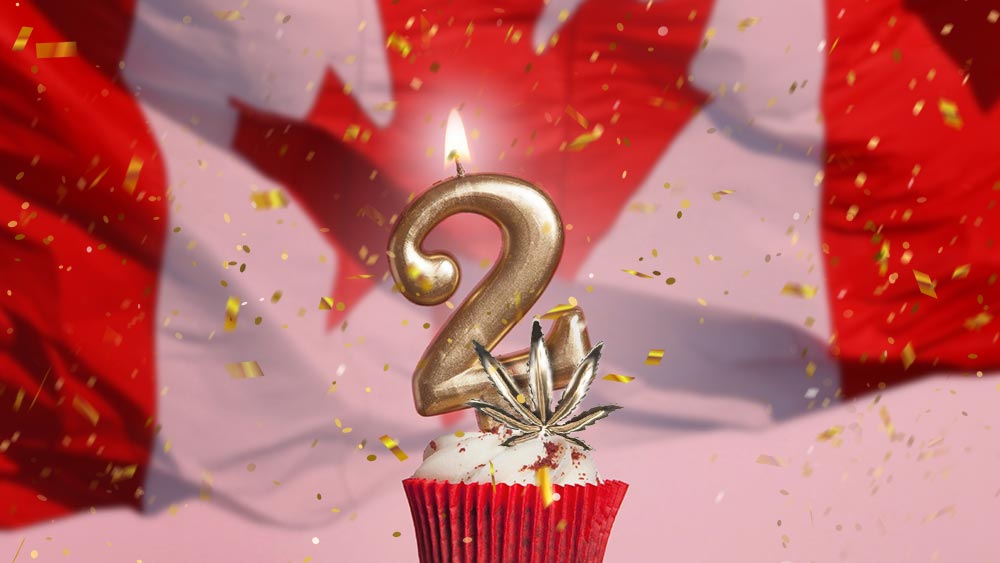 Two years ago Canada became the second country in the world to legalize recreational marijuana sales.

Since then, the country has also made way for the legal sales of edibles, cannabis-infused beverages, and vape pens, but the newly legal cannabis market has faced its fair share of difficulties despite initial investor frenzy surrounding marijuana stocks.

As Canada is the first major country to have fully legalized weed, governments around the world watched on with great interest these past two years as the legal pot market began to develop there, taking notes for when the time might come to allow marijuana to be sold for recreational use in their respective countries.

In line with public opinion, Canadian lawmakers took on legalization in late 2017, while the measure took effect on October 17,  2018, after passing both the House of Commons and the Senate.

A total of 507 producers have been granted licenses to cultivate cannabis by Health Canada during the last two years, while sales of legal marijuana products have been on the rise monthly by month. Although the newly legal weed market faced immense competition from the illicit market, the coronavirus pandemic finally managed to bridge the gap between legal and illegal weed sales earlier this year.

Back in August, Statistics Canada reported household spending on recreational cannabis reached $648 million in the second quarter of 2020, while spending on illicit cannabis fell to a new low of $784 million. This boom in sales correlated with the ongoing pandemic, meaning people might have been more reluctant to go out and meet dealers due to health concerns.

The black market for cannabis, a significant problem in other legal markets as well, remained attractive to consumers despite legalization due to lower prices and the weaker presence of physical locations for purchasing legal pot throughout the country.

However, the hype surrounding cannabis stocks failed to live up to initial expectations, with an increasing number of industry giants struggling in the current environment, marked by a global economic crisis and the slow rollout of retail shops.

Aurora Cannabis has written down billions of dollars of investments, closed down several facilities, and went through a dramatic management shake-up. Recently, the company announced it will also scale back its European operations, due to the medical market across the Atlantic failing to develop “as quickly as [the company] once anticipated.”

Canopy Growth is another company that fell victim to the crisis sparked by the COVID-19 epidemic, although Canopy recently revealed its ambitious plans for expanding into the U.S. cannabis-infused beverages market.

Ontario-based CannTrust’s shares were delisted from the New York Stock Exchange earlier this year, while industry experts warned they expect a flurry of companies to declare bankruptcies soon amid the prolonged cash crunches.

Still, as regulators aim to accelerate the process of opening new retail locations for cannabis products, an issue that has troubled the nascent market since its inception, hope remains that Canada’s legalization story will inspire and inform other countries looking to end prohibition.

i have stock in all canadian weed companies since 2017 i have lost thousands should i just set back and hold or sell=is there a light at the end of the track?