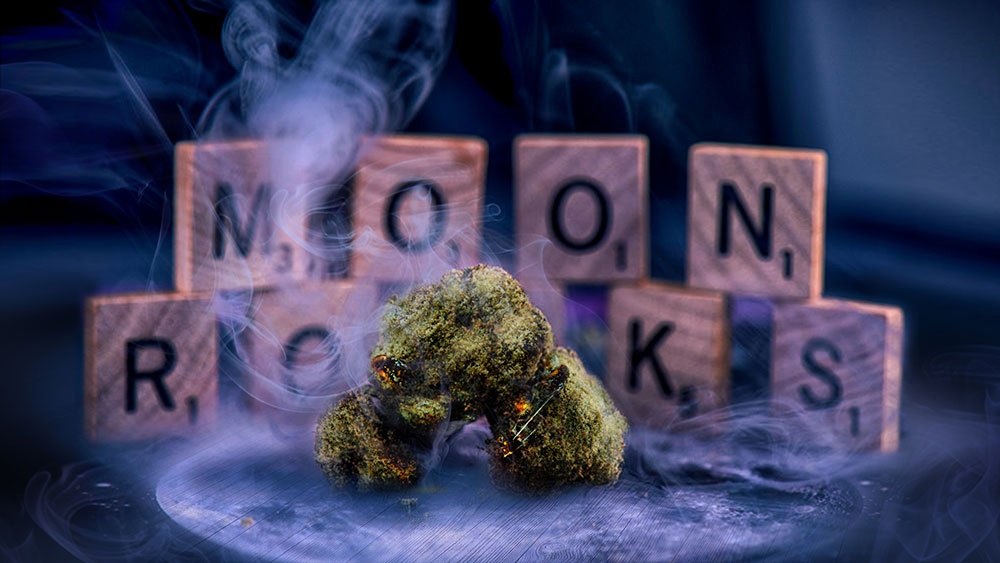 Moon rocks are the filet mignon of weed, in a world in which weed is beef and everyone is a carnivore.

What are moon rocks?

Most people are wrong in thinking that moon rocks are a specific strain of marijuana. They are not.

Moon rocks are a mix of weed, cannabis oil and hash or kief.

Cannabis oil is a cannabis concentrate produced by extracting cannabinoids from flowers. It usually contains very high levels of THC, around 60-90%.

Kief is the name for collected trichomes, resinous crystals located on top of cannabis flowers, which contain cannabinoids and terpenes. 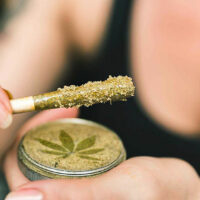 What is Kief? Exploring the Caviar of Weed in 26 Questions

Kief is usually a byproduct of grinding cannabis and you can collect it simply by using a grinder with a special chamber that collects plant crystals—this is called a pollen catcher grinder.

High quality weed usually has more kief and the kief that comes off those buds is usually better quality as well.

Moon rocks got their name from the fact that the kief they are rolled into closely resembles the color of MDMA dust, also known as Molly.

In conclusion, moon rocks are the strongest form of cannabis you’ll find anywhere.

How to make moon rocks?

As I have previously mentioned, moon rocks are made from cannabis nugs that are covered in cannabis oil and then rolled in cannabis dust (kief).

However simple it may sound, it takes a lot of skill and dedication to make a perfect moon rock.

Just so that nobody can say “I told you so” here’s a warning:

While making your first couple of batches of moon rocks, you might want to do it with someone who actually has some experience in making them.

Of course, there is no way to become experienced unless you do it on your own. However, in this case it’s smarter to consult someone with experience during your first several moon rock batches.

The reason being is that combining oil, kief and flower into a perfect high is basically an art form of its own.

If you are an avid self-learner and are settled on making a batch from scratch feel free to follow the recipe below. 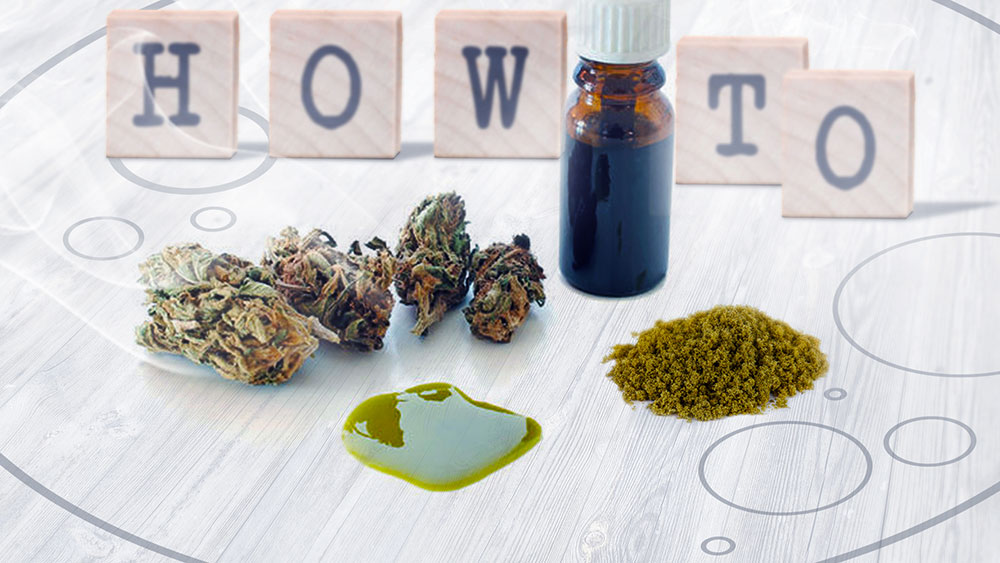 Take a large nug. As large as you can find.

Remove all stems from the flower.

Ideally, you want your future moon rock to be the size of a medium strawberry.

Remember to always choose nugs that are harder and more compact, and if you can get your hands on the tip of the main cola, I’d say you’ve just hit the moon rock jackpot.

The next step is to cover your bud with cannabis oil.

You can do this with any smaller paint brush, just make sure that the hairy tip of the brush is as wide as your pinky finger.

I recommend that you hold the nug with tweezers during this process, as you’ll want to have as little hash oil on your hands as possible.

The nug should be lightly covered in oil.

Step #3) Coat the nug with kief

Pull out the kief from your grinder and slowly roll the oil-coated nug in it, with a pair of tweezers.

Once you have rolled the oil-coated nugs in kief, set them aside on a piece of paper to dry.

I recommend drying your newly made moon rocks for at least 45 to 60 minutes.

After the drying period is over, store them in a dark and dry area.

If you store them properly (without exposing them to sunlight) moon rocks can be stored basically forever.

How to smoke moon rocks?

Whether you make your own moon rocks or you buy them, the end result is always the same:

You will get higher than ever before.

Smoking moon rocks doesn’t differ much from smoking regular bud, but the preparation does.

The first thing you should know is to never grind moon rocks. Instead, you should break them gently up with your fingers.

The reason behind that is simple:

Grinding moon rocks will make them lose their potency. If the delicate bits of kief fall off of the moon rocks, they lose potency and flavor.

Another reason why you should never grind moon rocks is that the oil (which is holding the kief and buds) together can easily stick to the grinder, rendering it useless.

My (and Snoop Dogg’s) favorite way of smoking moon rocks is by sprinkling them on top of ground weed. 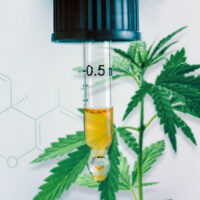 Mix it all up, roll it in a blunt, get stupid high.

It is safe to say that you can smoke moon rocks any way you like—bongs, pipes, bubblers, blunts, joints with regular papers will all do the trick.

I’ve even heard of people making edibles from moon rocks.

These little babies will give you a perfect combination of a head and body high, all the while blowing you away like a piece of paper on the wind.

Well, it is true ladies and gentlemen, sun rocks also exist and let me tell you, they are the bomb. 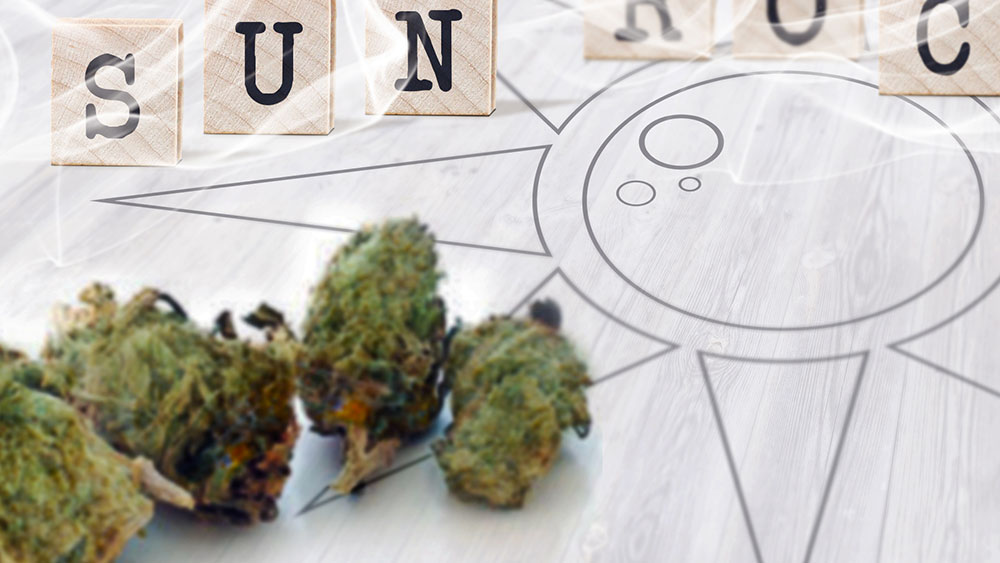 They are similar to moon rocks mostly in the way they are prepared, apart from one ingredient.

Sun rocks are made by rolling the cannabis buds into CO2 oil and then into kief.

The CO2 oil is what really makes the difference, as it has more THC than your regular oil. Hence, the potency of sun rocks can go up to about 80% THC, compared to a relatively “mild” 60% in the regular moon rocks.

In high dosages, sun rocks will most certainly give you one hell of a ride. In low to moderate doses, they will provide you with a powerful, yet relaxing and upbeat experience, and a delightful sense of bodily ease.

Most people recommend smoking sun rocks just like moon rocks. The best way is to sprinkle your blunt or joint with some rocks on top of the weed and share it with some friends.

If you are a novice user, I suggest not trying these two until you develop tolerance to THC.

You can also smoke them using a water bong or a long neck pipe as these rocks tend to have a rather strong taste and a very thick smoke.

Have in mind that inhaling can sometimes be difficult as the high levels of wax and kief make the smoke thick and raw, thus making it hard to take in.

The one utensil I strongly recommend you do not use when smoking sun or moon rocks is a vaporizer (or a vape pen).

Vaporizers can be easily broken down when used with wax and kief (which are known to cause issues with vaporizers), and more often than not, end up breaking them after a period of prolonged use.

Moon rocks on the Moon

A few months ago, Elon Musk, the CEO of Tesla and SpaceX has announced that, sooner rather than later, they will be taking people on the Moon. Naturally, many stoners wondered who will be the first one to smoke moon rocks on the Moon? 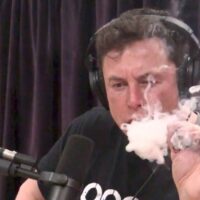 I can say with a decent level of certainty that it won’t be Neil Armstrong, but people have already started signing up for Lunar flights.

The question remains to be answered.

If you have already scheduled your Lunar flight and you happen to be reading this page by some chance, please contact us for a special interview.

For those of you that most definitely won’t be going to the Moon any time soon, feel free to share your first experience with moon rocks and sun rocks in the comment section below.

I need some moon rocks

I was under the impression the oil needed to be boiling because some of the cannabinoids are heat activated.

no no no, boiling is reaching a temperature you wouldn't want to vape at. Cannabinoids are heat activated, but at a certain temperature. Might I suggest you check out this chart?

What if I use a distillate?

Does anyone know if Dank Nuggs granddaddy purp edibles have cinnamon or nuts in them?

OMG, why the hell do people still think drizzling some homemade distillate over bomb tree is”the strongest form on the goddamn planet. “ 1g of primo lab-grade cav is made with .4g concentrate @ 85%, and the other .6g is dank ass hrrb anywhere from 20-30%. Quick math & common sense will tell you 1g of str8 wax(or rsi) is, hit for hit, THE strongest of any form. The key difference however is that it’s easier to smoke g’s of cav, sun/moonrock, then to dab g’s of uhp sugars & shatters & budders & batters :)

you're also getting a more diverse spectrum of cannabinoids and terpenes from a moon rock.. just saying. because you are mixing profiles.