Did you know Canadians can now legally grow four cannabis plants in their own home? Home growing was legalized when recreational cannabis became legal in the country in October, 2018.

But how many people actually take advantage of this new liberty? Why not just go to your local cannabis store or buy online?

Growing cannabis at home can be an intimidating endeavor but comes with its own benefits for the brave at heart.

Greencamp went to a couple of experts to see how hard it is to home grow, and why someone might consider taking the plunge.

Katy Perry (yes, that is her real name) has been growing cannabis for 10 years and now runs Grow Op Hydroponics at Bloor St. W. and Lansdowne Ave. in Toronto, Ontario.

Perry first got into cannabis growing as a way to get less expensive weed. You see, her husband has epilepsy, an affliction which causes random seizures, and he began to use cannabis to treat it as opposed to prescription pills.

“I can’t tell you how it changed our lives,” Perry said. “We just couldn’t afford to buy [from dealers] anymore.”

Cannabis has been found to be effective in treating epilepsy — the first FDA-approved drug derived from marijuana, Epidiolex, is used to treat extreme forms of the disease.

Perry and her husband decided to go all-in with cannabis growing and bought a farm to cultivate it and sell to other patients, which they still own and operate.

She started the Grow Op as a way to teach people how to cultivate their own cannabis and sell all the equipment needed.

Perry explains there are a few reasons one might want to grow their own cannabis, as opposed to getting it from a store.

The first she mentions is that it is a lot cheaper to grow your own cannabis than purchasing it.

She says you can grow your own cannabis for about a dollar a gram, compared to upward of $20 per gram from legal producers, giving homegrown cannabis a definite price advantage.

She says the average grower can produce up to four ounces of cannabis every couple of months.

That is after investing in the setup, though.

Tutay has been growing his own weed for 10 years as well and says he spent around $1,200 to set himself up with LED lights, a hydroponic kit, nutrients and a tent. 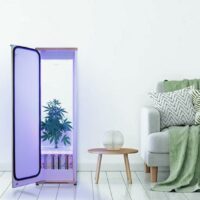 Grobo’s automated growbox will grow weed for you

“Try not to cheap out on anything, because you really get what you paid for,” he said. “I’ve seen some horror stories of some of those LED lights from Amazon causing fires in the tents.”

He first got into home growing cannabis out of curiosity and threw himself into it with a couple of large margarine tubs and handfuls of soil from his parent’s garden. Over time he learned how to grow through experience.

“Honestly, [I love] the structure of the plant, the look of it, the smell, it’s just a beautiful plant to me,” he said.

He says that while there is a steep setup cost, it ends up paying for itself within months given the money you save from not buying cannabis from stores or a dealer.

Another reason both Perry and Tutay give for growing your own cannabis is the peace of mind of knowing exactly what goes into your cannabis.

In Canada, licenced producers are allowed to use 23 pest control products, and cannabis is tested for up to 96 active pesticide ingredients — 30 more than in California, according to the U.S. science journal, Environmental Health Perspectives.

Tutay says he has never needed to use pesticides on his cannabis.

Finally, both experts say the quality of the weed you get from growing is top of the line.

Tutay has found weed from stores is often dry, compared to the resinous bud he grows himself.

[Quote] “It is fresher,” he said. “I know that I’m smoking something that was harvested last month as opposed to last year.”

Tutay has been experimenting with organic soil, which he says has produced great quality bud as well.

The logistics of growing weed

Knowing the advantages of home growing is one thing, but actually growing weed is another that requires some planning.

To get started, one of the most important pieces of equipment is the tent you’ll use to house the operation.

Perry says the most popular setup for people in cities is a 2 feet x 2 feet tent with a height of about 6 feet (the plants can get high), which is about the same size Tutay uses in his home.

That size tent can fit in a pantry closet, according to Perry, but she says a lot of people set it up in their living room or bedroom.

“It really depends on whether you want it to be discrete or you don’t really care because you like cultivating cannabis and you don’t care who knows,” she said. “2 x 2 really doesn’t take up a lot of space at all.”

Tutay has his set up in his bedroom and says that basements are also a popular choice for growers.

One thing you have to prepare for is the smell, though.

As anyone who has possessed as little as one gram of cannabis can attest, the stuff can stink, so you can imagine how ounces of it might smell. 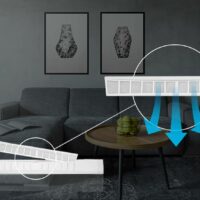 Door Filter is one way to tackle pesky pot smells

Tutay said he uses an inline fan that blows right into a carbon filter. It cost him $80 and has left his place smelling like a dental office, he says.

He knows the consequences of the smell though, recalling a time when his girlfriend’s parents were at his place and the fan wasn’t working — he had to lie about the stench and say it was his neighbour.

To Tutay and Perry, the stigma of growing cannabis can be one of the biggest challenges to overcome.

“The stigma is still pretty heavy,” Perry said. “Even if it is legal, people are still nervous about what their neighbours might think or parents or girlfriend’s mom — that keeps a lot of people from actually doing it.”

To avoid the smell issue altogether, some growers decide to take the operation outside. Perry said outdoor growing is getting more popular because it is cheaper to do and has high returns.

“You just let the sun and rain take care of it for you,” she said.

Tutay though prefers to keep it indoors for more control over growing factors.

“I haven’t run into nearly as many issues growing indoors as I have outdoors,” he said, mentioning pests can be a problem outdoors.

Be prepared for challenges

I’m not going to sit here and pretend that home growing cannabis is easy. It takes time, dedication and patience, and many problems will likely pop up along the way.

Perry says bugs are a common problem as they can be carried from houseplants, as well as powdering mildew.

Perry says you have to spend 25-40 minutes everyday on upkeep — checking for problems, watering and pruning.

Tutay warns that one big challenge is not growing the plant, but drying it out afterwards.

You can grow the most perfect plant, but what you do after it is chopped, meaning drying it properly, curing it properly, that will ultimately affect the final product,” he said. “It is just patience, taking your time to dry it properly, not over-drying it, and the curing process, which can take anywhere as early as two weeks to two months, just sitting in a jar.

However, both Perry and Tutay attest that the plant is forgiving and resilient (they don’t call it weed for nothing).

“You can usually come back from almost anything,” she said.

You can also rest assured that there is a dedicated community there to help you out along the way.

Tutay joined Grow Diaries last year, an online community of close to 30,000 users who post photos and status updates on their own cultivation and offer tips to each other.

“Grow Diaries is a massive community,” he said. “All these growers have posted their progress, you’ve got a lot of expert growers here who are literally giving out advice to the novice growers out there, people just starting out.”

Tutay says the home growing community was crucial to his success as a grower to troubleshoot things that could go wrong.

Perry hosts a free workshop every week at her store where anyone can come in and ask questions about their grow. She says she spends an hour every morning answering a flood of questions from growers.

The community is important, Perry says, so people can stay on top of problems and not let them fester.

Overall, Perry says it usually takes 1 or 2 kicks at the can to run into every problem you may have as a grower, which you can then overcome and get consistent crops without any help.

“I love when people send me pictures of their successful grows, it makes me feel really good inside, like I helped them,” she said. “You see these beautiful buds and think three months ago, they have never gardened weed at all, and now they’re producing this incredible top-shelf bud.” 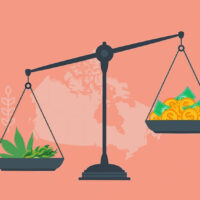 How Much Medical Cannabis Can You Grow in Canada? (Documentation Included)